← Like We Need More Austerity …
Tornado Emergency in Alabama → 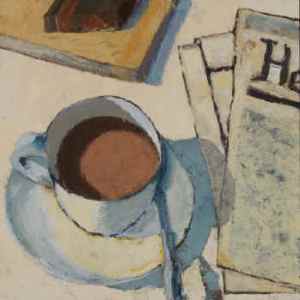 Just so everyone will know what’s going on–we are trying out having some ads on the blog so that we can raise a little money for ongoing improvements. We hope no one will be too bothered by this. We are working on blocking ads that we don’t think belong on “the little blog that could.” If you see something offensive, you can let one of us know.

Now for today’s news links. As of late last night, the right wing nuts were still in an uproar about Obama’s birth certificate and whatever else they can think of to try to make him seem illegitimate. I don’t get it. There are so many things to criticize about Obama–why focus on these nutty conspiracy theories? I hate to say it, but it has to be racism and/or xenophobia. Check this out from birther start Orly Taitz:

“Look, I applaud this release. I think it’s a step in the right direction,” so-called “birther queen” Orly Taitz told me in one of her many media interviews this morning. “I credit Donald Trump in pushing this issue.”

But she still has her suspicions. Specifically, Taitz thinks that the birth certificate should peg Obama’s race as “Negro” and not “African.”

“In those years … when they wrote race, they were writing ‘Negro’ not ‘African’,” Taitz says. “In those days nobody wrote African as a race, it just wasn’t one of the options. It sounds like it would be written today, in the age of political correctness, and not in 1961 when they wrote white or Asian or ‘Negro’.”

Taitz says she’s not giving up her fight. She also claims Obama isn’t a “natural born citizen” because she uses a standard that requires both parents to be American citizens — a misreading of the Constitution which if enforced would have rendered several other American Presidents ineligible.

These people are utterly shameless. I wouldn’t dare go look at World Net Daily to see what they’re saying. Oh wait…the Washington Post did it for me.

Farah, whose online publication has run hundreds of articles over the past couple of years questioning Obama’s citizenship, professed delight at the latest development. So did real estate tycoon Donald Trump, who has found that raising questions about Obama’s legitimacy is political jet fuel for someone pondering a presidential run.

And across the pond they’re laughing at us.

Has there ever been a more absurdly surreal moment, even in US politics, that unchallengeable theatre of the absurd and the surreal? One moment, we were watching a property magnate, with one eye on the presidency, the other on his reality TV show ratings, and puffed up like a bullfrog, rejoicing on an airport tarmac in New Hampshire that America’s President of two years had finally made public his birth certificate.

The next, America’s TV networks interrupted their schedules to cut to the White House, where that self-same President appeared to confirm the momentous fact: not that Barack Obama had indeed been born, but that the happy event indeed took place, as no sane person has ever doubted, on the unimpeachably American soil of Hawaii, one August evening in 1961.

Of late, however, America has seemed to be taking leave of its senses. A quarter of the population, polls showed, and close on half of Republicans, still refused to believe that unassailable fact.

Sometimes it’s just so embarrassing to live in the same country with these bumpkins.

From Think Progress, historian Douglas Brinkley is calling for NBC to drop Trump’s show (I didn’t know he had one) and for corporate sponsors to pull their ads.

Also from Think Progress, another Republican is schooled by his constituents at a town hall meeting.

Rep. Charlie Gibson (R-NY) felt the heat of that movement last week when constituents responded to his fear mongering about undocumented immigrants not paying taxes by asking him, “You mean like GE?!” Yesterday, at yet another town hall meeting captured on YouTube, his constituents angrily and passionately rejected the GOP’s budget plan and demanded that the rich pay their fair share.

Check out the video:

Yelled out at the end: “Tax the rich!” Keep fighting back America!

Minkoff Minx can update us on the storms hitting the Southern states. From the LA Times this morning: Deadly storms, tornadoes kill more than 170 in South

TUSCALOOSA, Ala.— A wave of tornado-spawning storms strafed the South on Wednesday and early Thursday, splintering buildings across hard-hit Alabama and killing at least 178 people in five states.

At least 128 died in Alabama alone, officials said early Thursday. Among the cities hit hard by a tornado was Tuscaloosa, home to the University of Alabama. The mayor said sections of the city were obliterated and its infrastructure decimated.

“What we faced today was massive damage on a scale we have not seen in Tuscaloosa in quite some time,” Mayor Walter Maddox told reporters Wednesday.

The tornado “paralyzed many city operations that directly respond to events like we experienced today,” he said. “Pray for us.”

Did you know you can get leprosy from an Armadillo?

“A preponderance of evidence shows that people get leprosy from these animals,” said Richard W. Truman, director of microbiology at the National Hansen’s Disease Program in Baton Rouge and lead author of a paper detailing the discovery in the New England Journal of Medicine.

Until now, scientists believed that leprosy was passed only from human to human. Every year, about 100 to 150 people in the U.S. are diagnosed with the malady, which is also known as Hansen’s disease. Though many have traveled to countries where the disease is relatively common, as many as a third don’t know where they picked it up.

Most of those cases are in Texas and Louisiana, where leprosy-infected armadillos live too.

The good news is that leprosy can now be treated with a combination of antibiotics.

I know this news post has been on the lightweight side, but it’s the end of the semester and I’m stressed out and don’t want to deal with anything too heavy. Feel free to do that in the comments though. What are you reading and blogging about today?