← Will Anyone Drink the Koolaid this Time?
Monday Reads →

Throwing People to the Wind and the Dogs of Profit

Dennis "Paul Ryan" Moore: Stealing from the Poor and Giving to the Rich

Paul Krugman has a disturbing blog post up. Republicans have been moving to throw the public interest to their corporate masters for some time while collecting their own federal subsidies and benefits. Their privatization fetish is doing in all kinds of things. They’ve been turning prisons, schools, and a bevy of national resources to businesses who are only in it for the short-run boost to their bottom line. These decisions are being made on a purely ideological basis. They have nothing to do with the safety and solvency of the assets involved or the fact that things like national forests belong to the country and the country should have some say in what happens there. Krugman links to articles discussing the privatization of Medicare and then links to an op-ed that argues that the real test of Obama’s meddle will be how well he stands up to these privatization schemes.

The funny thing is that the entire arguments made for this kind of thing are how much more efficient the private sector supposedly is at service delivery and cost containment. This is a charade.  We’ve seen everything from the botched student loan program that thankfully, just got pulled back into the Department of Education. This can be observed is in Medicare Advantage where we’ve had private companies enrich themselves more than provide benefit. We keep subsidizing inefficient private corporations with no demands they cut cost and deliver things as asked efficiently.  Medicare Advantage was set up to enrich Republican constituencies.

Privatizing and voucherizing Medicare does nothing whatsoever to control costs. We’ve seen that from the sorry history of Medicare Advantage. I’m sure that the Republicans will claim savings — but those savings will come entirely from limiting the vouchers to below the rate of rise in health care costs; in effect, they will come from denying medical care to those who can’t afford to top up their premiums.

Ryan is calling for draconian changes that have no basis in anything other than ideology. His obsession with starving the beast in the name of fiscal discipline is insanity. The man should be declared a public menace and put on an island some where. If Ryan’s way were the correct one, we’d have never had most of the major assets and infrastructure that made 20th century America a powerhouse. That would include things like the interstate system, Hoover Dam, rural electrification, and World War 2. All of these projects were huge, have paid off tremendous benefits in the long run, and were done on borrowed money. I guess World War 2 would’ve not be worth fighting–had Ryan been around–or farmed out to mercenaries because little Paul’s had such a bad life over the last 4 decades due to the debt burden which we still carry in many ways. This is insanity. People actually believe him too. This is exactly how dumbed down and selfish many of our citizens have become. The propaganda campaign on efficient private businesses has been so effective that many don’t seem to notice that their lives have been made much worse off by the excesses put into law over the last ten or so years.  I have yet to meet any one–other than a fat cat–employed by a private business that doesn’t have nightmare stories about stupid and bad management practices.  They’re more plentiful in the private than public sector.  I’ve seen and heard many of them in my years working and consulting with both sectors.

Notice that Ryan is avoiding the wrath of the senior citizen vote with the trick of letting every one 55 and over go into the current program. He’s only throwing certain people to the Dogs of Profit.  Ryan’s hypocrisy knows no bounds.  As long as your part of the Republican base, you get to keep your government largess.   He’s out to delivery windfall profits to insurance companies, not efficient health care delivery to people.

Recognizing the political risk of significant changes in Medicare and Medicaid, the health care program for poor Americans, Mr. Ryan emphasized that such spending would continue to rise under the Republican budget plan, just not as sharply as it would have otherwise.

He also sought to clarify that any Medicare changes, which would include requiring more affluent Americans to pay a larger share of their Medicare costs, would not amount to a voucher program — an approach that has been heavily criticized by Democrats.

Mr. Ryan said his plan was more like the Medicare prescription drug program and would allow patients to pick from a menu of insurance plans. The federal government would direct the subsidy to the plan, not to the consumer.

“It doesn’t go to the person, into the marketplace,” Mr. Ryan said. “It goes to the plan. More for the poor, more for people who get sick, and we don’t give as much money to people who are wealthy.”

Americans who are now 55 or older would go into the current program to prevent a sudden change in their health insurance coverage, he said.

There are some Democratic politicians still fighting against these unnecessary and draconian budget and program cuts.  It doesn’t look like a robust fight, however and the President has been slow to engage.  Senator Chuck Schumer did the Sunday news talk show circuit yesterday arguing the idiocy of throwing people off programs that work and keep them out of much more expensive trouble.  Not only do these things work to keep people out of desperate situations, they create jobs.  Many small population states actually rely heavily on state and federal jobs for revenues and services.  I’d hate to live someplace like Wyoming if Republicans have their way.  The Republicans want to cut the people programs and the programs that invest and sustain our resources.  It’s all about delivering short term profits to whatever business pops up over night to abuse the program.  Republicans still balk at cutting war programs, corporate welfare programs, and the types of subsidies and tax loopholes that line their own pockets.

Mr. Schumer said Democrats were urging Republicans to consider reducing some of the automatic annual spending in Agriculture, Treasury and Justice Department programs to reach a target of about $33 billion in cuts rather than insisting that it all come out of what is known in budget parlance as discretionary accounts.

A Democrat involved in the negotiations, who spoke on the condition of anonymity, said alternative spending cuts from the White House and Senate Democrats would range up to $8 billion. But to the Democrats’ dismay, not only were Republicans resisting those cuts, they were also proposing more spending than the Pentagon wants for military and homeland security programs.

“If you just cut from domestic discretionary, you’ll have to cut things like helping students go to college; you’ll have to cut scientific research, including cancer research,” Mr. Schumer said on the ABC News program “This Week.” “These things have created millions of jobs through the years.” 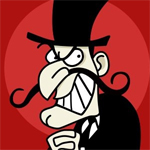 which covers basic reproductive health for poor people to give farm subsidies to Tea Party Buddy Michelle Bachmann. Why keep pouring money into inefficient private sector ventures other than they turn around and donate to your campaigns?  This leads me to the other link provided by Krugman to an op ed  E. J. Dionne JR at WAPO.

This week, Rep. Paul Ryan (R-Wis.) will announce the House Republicans’ budget plan, which is expected to include cuts in many programs for the neediest Americans.

The Ryan budget’s central purpose will not be deficit reduction but the gradual dismantling of key parts of government. Remember that Ryan wants both to preserve the Bush tax cuts and, over the long run, to enact more breaks for the wealthy, including the elimination of the capital gains tax.

Ryan’s plan reportedly will include steep Medicaid cuts, disguised as a proposal to turn the program into a “block grant” to the states. The net effect would be to leave even more Americans to the mercies of the private insurance market.

In deference to the GOP’s success in turning last year’s health-care law into “Obamacare,” let’s call this proposal Ryancare — and let’s make sure we look carefully at its impact on the elderly and the disabled, the main beneficiaries of Medicaid.

Put the two parts of the Ryan design together — tax cuts for the rich, program cuts for the poor — and its radically redistributionist purposes become clear. Timid Democrats would never dare embark on class warfare on this scale the other way around.

Paul Ryan is the anti-Robin Hood.  He steals from working Americans and subsidizes the already rich. Who is going to stand up to this complete disconnect between Ryan’s dogma and the reality that was the healthy US economy prior to all this enabling of inefficient oligopolies and monopolies at the cost of the Treasury?    Both Krugman and Dionne are correct in this assessment.  The President kicked off his re-election bid today.  Whose side will he be on?  Will he mouth his campaign themes from 2008 while doing the Republicans’ worst for them? From Krugman:

This will be Obama’s defining moment. Will he stand up for the principle that society takes care of those in need? Or will he cave in? I wish I had confidence in the answer.

I’d say the odds on favorite is that we’re going to continue to give away every one’s American Dream to the bonus class.  The Republicans may be removed from reality, lying, and bat shit crazy, but what do you say about Democratic officials that enable them?