Fact Checking 101 and the Role of the Media

Posted: January 12, 2012 | Author: dakinikat | Filed under: The Media SUCKS, the villagers | Tags: the audacity of the truth, the media, the NEW York Times | 14 Comments 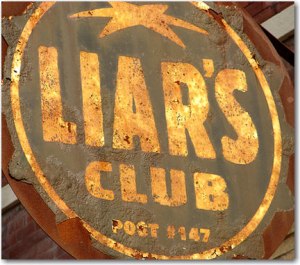 One thing about the media that has truly alarmed me is the way that it parrots lies asserted by politicians and public figures without any context. Today, the NYT asked for feed back about this.  The question is  weirdly put, but is still worth a response. Fact checking isn’t being a “truth vigilante”  imho.  It’s about providing context to the story and it’s about informing your reader.  Reporters should not just be parrots of political convenience.  They should report more than verbatim comments.

I’m looking for reader input on whether and when New York Times news reporters should challenge “facts” that are asserted by newsmakers they write about.

One example mentioned recently by a reader: As cited in an Adam Liptak article on the Supreme Court, a court spokeswoman said Clarence Thomas had “misunderstood” a financial disclosure form when he failed to report his wife’s earnings from the Heritage Foundation. The reader thought it not likely that Mr. Thomas “misunderstood,” and instead that he simply chose not to report the information.

Another example: on the campaign trail, Mitt Romney often says President Obama has made speeches “apologizing for America,” a phrase to which Paul Krugman objected in a December 23 column arguing that politics has advanced to the “post-truth” stage.

As an Op-Ed columnist, Mr. Krugman clearly has the freedom to call out what he thinks is a lie. My question for readers is: should news reporters do the same?

If so, then perhaps the next time Mr. Romney says the president has a habit of apologizing for his country, the reporter should insert a paragraph saying, more or less:

“The president has never used the word ‘apologize’ in a speech about U.S. policy or history. Any assertion that he has apologized for U.S. actions rests on a misleading interpretation of the president’s words.”

Yes.  I think that’s appropriate.  I think a lot of people read it in print and assume it wouldn’t be printed if it was a baldface lie.  What do you think?