New Orleans Covid Testing is actually some of the most available in the country. We have a large number of folks that are endangered by the pandemic so it’s a good thing.

Well, I spent a good deal of this morning in a socially distanced line wearing a mask in the first hint of the summer heat and humidity to get Covid-19 Testing.  I received both the swabbing test for active virus (unpleasant for sure) and then the blood test for antibodies.  This is part of the city’s Drive up testing that is showing up in every one’s neighborhood now.

I had to walk down to the Sister of Charities facilities where a closed Catholic church and elementary school have been morphed into a public clinic and elderly residence by Catholic Charities.   My way up town hospital system was the one running the testing site for the Med Center’s effort to determine the city’s pandemic status at this location.

So, I’m grading the final tests and essays written by students this semester and wondering when any one will see a class on campus again.  I guess we’ll wait and see here.  Our Governor and Mayor are letting the numbers and the science guide them. Hence, we have tests and only do things when the numbers are in keeping with CDC Guidelines.

But, the federal level continues to test the Public Health communities’ patience while hrumpffing off  testing their patients. Trump continues to push the narrative that we should blindly fight through this pandemic like they did in the Dark Ages and the Black Plague. After all, Wall Street and a November election await improved consumer spending which I refuse to die for.  Do I look like a Guinea pig to you? I watched all those crazy ass Wisconsin people crowded into a bar on TV last night and wondered which ones Fortuna will bless with a horrible death. It occurs to me that Trump simply thinks let them drink Lysol. Via Newsweek:

Governor Tony Evers said the decision turned the state into the “Wild West” with no restrictions in place, as he urged residents to remain at home, despite stating his team had “no authority” to compel people to do so following the ruling.

After the measures were lifted, crowds were seen flocking to bars as they reopened.

Following the court ruling, the Tavern League of Wisconsin, a trade association “dedicated to serving the needs of the retail beverage alcohol segment of the hospitality industry,” posted an update which read: “The Supreme Court Order is effective immediately. There is no stay included in the decision. It is legal to open your business today.”

It urged business which chose to open to review guidance from the Wisconsin Economic Development Corporation, which suggested employees wear face masks or cloth coverings. It also recommends reducing the customer-facing side of hospitality businesses as much as possible, underscoring the need for continued social-distancing of six feet between patrons and staff.

Despite the suggestions, photos and videos emerged in which bars appeared packed, with patrons seated next to each other as they joined friends for drinks.

We could be Sweden and we would be if Trump lived his dream of killing us all in the name of some morbid economic recovery led by higher demand for body bags and funerals.  The Swedish Experiment of seeking herd immunity through let the entire thing play out is showing itself to be quite deadly as the experts have been warning us. 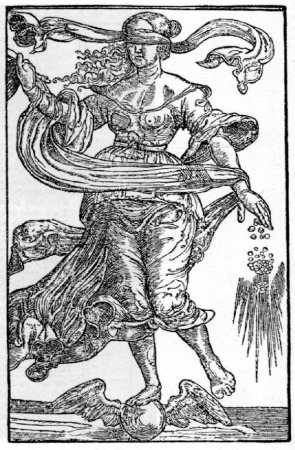 From the NYT’s today: “Sweden Stayed Open. A Deadly Month Shows the Risks.”

Sweden’s outbreak has been far deadlier than those of its neighbors, but it’s still better off than many countries that enforced strict lockdowns.

By late March, nearly every country in Europe had closed schools and businesses, restricted travel and ordered citizens to stay home. But one country stood out for its decision to stay open: Sweden.

The country’s moderated response to the coronavirus outbreak has drawn praise from some American politicians, who see Sweden as a possible model for the United States as it begins to reopen. “We need to observe with an open mind what went on in Sweden, where the kids kept going to school,” Senator Rand Paul of Kentucky, a Republican, said at a hearing on Tuesday.

But while Sweden has avoided the devastating tolls of outbreaks in Italy, Spain and Britain, it also has seen an extraordinary increase in deaths, mortality data show.

In Stockholm, where the virus spread through migrant communities, more than twice the usual number of people died last month. That increase far surpasses the rise in deaths in American cities like Boston and Chicago, and approaches the increase seen in Paris.

Across Sweden, almost 30 percent more people died during the epidemic than is normal during this time of year, an increase similar to that of the United States and far higher than the small increases seen in its neighboring countries. While Sweden is the largest country in Scandinavia, all have strong public health care systems and low health inequality across the population.

“It’s not a very flattering comparison for Sweden, which has such a great public health system,” said Andrew Noymer, a demographer at the University of California at Irvine. “There’s no reason Sweden should be doing worse than Norway, Denmark and Finland.”

CDC tracks 12 different forecasting models of possible #COVID19 deaths in the US. As of May 11, all forecast an increase in deaths in the coming weeks and a cumulative total exceeding 100,000 by June 1. See national & state forecasts: https://t.co/Ft6cgmaMPX. pic.twitter.com/jX4fQK5Q1V

China fears a second wave of COVID-19 may be starting again in Wuhan, so they are testing all 11 MILLION residents. In ten days! That’s more tests than Americans have had in 4 months because @realdonaldtrump has failed to implement a national testing strategy.

Not only is testing uncool to Republicans but so are masks. We’re used to masking here but how did this become so partisan?  Well, Floridan Man is at it again.  This is from CNN’s Manu Raju: “GOP congressman on why he’s not wearing a mask: ‘There’s just no need’.”

Republican Rep. Ted Yoho of Florida was spotted Friday walking around the Capitol and on the House floor without wearing a mask.

Asked why not, he told CNN: “There’s just no need.”

Told that the Capitol physician suggests wearing a mask when social distancing is not possible, Yoho cited no need because of “herd immunity.”

CNN noted to Yoho that medical experts haven’t determined that herd immunity applies to the novel coronavirus. Yoho responded: “Viruses do what viruses do.”

Asked if he thinks he’s protected by herd immunity, Yoho said: “I think the only way you’re going to get it is to get exposed.”

Anyway, I’m pretty worn out and that’s why this post is so late and so short. But, I am interested in hearing about your community.  Are tests available?  Have you had any?  Do most of the people wear masks? Do they social distance?    Is any one actually planning on hanging out with a crowd of strangers soon?