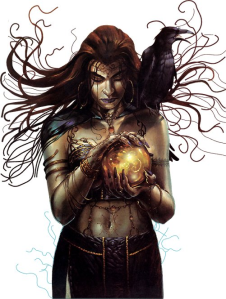 Forecasts of economic activity are always a mixture of alchemy and bias.  You always have to check the assumptions before you evaluate the output.  Assumptions can turn a model up side down or inside out.  Economist James K. Galbraith gave a speech this month at the Minsky Conference.  His speech included terse evaluations of some of the biggest baseline forecasting models including one used by the Congressional Budget office.  He found some of the rationale  “purely mystical”.  He’s currently questioning what some folks see as a future “Obamaboom” that assumes a really quick turnaround in the economy followed by manic expansion.  (This scenario is actually coming out of bank economists and you know how well they’ve been assessing things recently.)

Galbraith looks at this giddy scenario skeptically, and rightly so.  I want to discuss his caveats.  He has reservations about this overly optimistic scenario similar to mine.  Yesterday, during discussion of my post, I was asked about the L shaped recovery scenario.  This is something I find likel, although I’m not using sophisticated models to wank out numbers.  I mentioned that I thought it likely because of some structural changes going on in the underlying economy.  Laurie asked me if I could elucidate further.  I did a little of that yesterday.  I’ll continue it today.

Basically, I see the households and their relationship to debt and their assets undergoing some fundamental changes.  House values are way down and unlikely to escalate to bubble levels again which is going to deprive households of their big cash cow.  Also, I don’t really see the credit markets churning out the kinds of expedient loans they did in the past.  If anything, I see banks becoming overly prudent in their underwriting practices–a sort’ve over reaction to the subprime toxins.  Because household spending represents about 67% of our overall economy’s spending, any significant drawback of consumer spending, or the relationship between what they spend, save, pay in taxes and buy in imports is going to have a significant impact on the multiplier process.

I just see a new American thrift paradigm.  I don’t think that households will be enabled by banks any more.  I think their wealth (primarily houses and retirement savings) will not recover to levels that will make the feel secure about their futures.  I think the uncertainty of the job market will make them spooked for some time.  All of this means, to me, a  very long drawn out slow, scuttling along the bottom, L shaped recovery.