I still can’t believe we celebrate a holiday that basically recognizes the start of the mass slaughter of indigenous Americans. Does any one still believe that some dead European “discovered” a continent teeming with existing civilizations?   Many Americans and states are deciding if we should celebrate mass murder and occupation in the name of “discovery.”  But then again, I still can’t imagine why we let sports teams use stereotypes and caricatures as mascots still.

About four miles from the world’s largest Christopher Columbus parade in midtown Manhattan on Monday, hundreds of Native Americans and their supporters will hold a sunrise prayer circle to honor ancestors who were slain or driven from their land.

The ceremony will begin the final day of a weekend “powwow” on Randall’s Island in New York’s East River, an event that features traditional dancing, story-telling and art.

The Redhawk Native American Arts Council’s powwow is both a celebration of Native American culture and an unmistakable counterpoint to the parade, which many detractors say honors a man who symbolizes centuries of oppression of aboriginal people by Europeans.

Organizers hope to call attention to issues of social and economic injustice that have dogged Native Americans since Christopher Columbus led his path-finding expedition to the “New World” in 1492.

The powwow has been held for the past 20 years but never on Columbus Day. It is part of a drive by Native Americans and their supporters throughout the country, who are trying to rebrand Columbus Day as a holiday that honors indigenous people, rather than their European conquerors. Their efforts have been successful in several U.S. cities this year.

“The fact that America would honor this man is preposterous,” said Cliff Matias, lead organizer of the powwow and a lifelong Brooklyn resident who claims blood ties with Latin America’s Taino and Kichwa nations. “It makes absolutely no sense whatsoever.”

But for many Italian Americans, who take pride in the explorer’s Italian roots, the holiday is a celebration of their heritage and role in building America. Many of them are among the strongest supporters of keeping the traditional holiday alive.

Berkeley, California, was the first city to drop Columbus Day, replacing it in 1992 with Indigenous Peoples Day. The trend has gradually picked up steam across the country.

This month, Portland, Oregon, Albuquerque, New Mexico and Bexar County, Texas, decided to eliminate Columbus Day and replace it with the new holiday. Oklahoma City is set for a vote on a similar proposal later this month.

So, this is going to be an odd little post since it’s Saturday and I’m still nervous that my computer will go bonkers on me.  I’ve never liked Gore Vidal and I’ve really never liked a kiss and tell all but you may find this 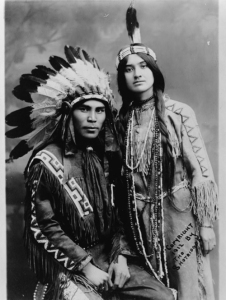 interesting.  Vidal is opening up about a lot of his life including this narrative about meeting and doing Jack Kerouac.

“What did you and Jack do?” Allen Ginsberg asked

“Well, I fucked him,” Vidal was pleased to reply. On the night of August 23, 1953, the two men of letters had banged one out in a Chelsea Hotel room following a Greenwich Village bar crawl. Kerouac published a fictionalized account of the assignation in The Subterraneans

but, aside from a morning-after moment of “horrible recognition,” he left out the sex. Vidal was annoyed, and said so:

I challenged Jack. “Why did you, the tell-it-all-like-it-is writer, tell everything about that evening with Burroughs and me and then go leave out what happened when we went to bed?”

“I forgot,” he said. The once startlingly clear blue eyes were now bloodshot.

, the first of Gore Vidal’s two memoirs, fills in the lacuna with a detailed record of the evening’s events. It began with William S. Burroughs. Kerouac and Vidal had met before, and in a 1952 letter to Kerouac, Burroughs expressed interest in meeting the author of The Judgment of Paris:

Is Gore Vidal queer or not? Judging from the picture of him that adorns his latest opus I would be interested to make his acquaintance. Always glad to meet a literary gent in any case, and if the man of letters is young and pretty and possibly available my interest understandably increases.

We see so much violence today.  Yesterday, there were at least two more shootings on college campuses.  It’s good to remind ourselves that violence comes from anger, not mental illness since so many pro-gun fetishists want to blame everything but the guns and the anger.   We are a country filled with very angry people.

In the wake of a string of horrific mass shootings by people who in many cases had emotional problems, it has become fashionable to blame mental illness for violent crimes. It has even been suggested that these crimes justify not only banning people with a history of mental illness from buying weapons but also arming those without such diagnoses so that they may protect themselves from the dangerous mentally ill. This fundamentally
misrepresents where the danger lies.

Violence is not a product of mental illness. Nor is violence generally the action of ordinary, stable individuals who suddenly “break” and commit crimes of passion. Violent crimes are committed by violent people, those who do not have the skills to manage their anger. Most homicides are committed by people with a history of violence. Murderers are rarely ordinary, law-abiding citizens, and they are also rarely mentally ill. Violence is a product of compromised anger management skills.

In a summary of studies on murder and prior record of violence, Don Kates and Gary Mauser found that 80 to 90 percent of murderers had prior police records, in contrast to 15 percent of American adults overall. In a study of domestic murderers, 46 percent of the perpetrators had had a restraining order against them at some time. Family murders are preceded by prior domestic violence more than 90 percent of the time. Violent crimes are committed by people who lack the skills to modulate anger, express it constructively, and move beyond it.

The Diagnostic and Statistical Manual of Mental Disorders, Fifth Edition, the reference book used by mental health professionals to assign diagnoses of mental illness, does very little to address anger. The one relevant diagnosis is intermittent explosive disorder, a disorder of anger management. People with IED tend to come from backgrounds in which they have been exposed to patterns of IED behavior, often from parents whose own anger is out of control. But the DSM does not provide a diagnostic category helpful for explaining how someone can, with careful advance planning, come to enter an elementary school, nursing home, theater, or government facility and indiscriminately begin to kill.

We came to know the conspiracy that was the Tobacco companies’ concealment of the link between illness and cigarette smoking.  We now find out that Exxon’s done similar studies and found connections between fossil fuels and climate change.  Like Big Tobacco, Exxon has concealed its findings.

The same thing has happened with climate change, as Inside Climate News, a nonprofit news organization, has been reporting in a series of articles based on internal documents from Exxon Mobil dating from the 1970s and interviews with former company scientists and employees.

Had Exxon been upfront at the time about the dangers of the greenhouse gases we were spewing into the atmosphere, we might have begun decades ago to develop a less carbon-intensive energy path to avert the worst impacts of a changing climate. Amazingly, politicians are still debating the reality of this threat, thanks in no small part to industry disinformation.

Government and academic scientists alerted policy makers to the potential threat of human-driven climate change in the 1960s and ’70s, but at that time climate change was still a prediction. By the late 1980s it had become an observed fact.

But Exxon was sending a different message, even though its own evidence contradicted its public claim that the science was highly uncertain and no one really knew whether the climate was changing or, if it was changing, what was causing it.

Exxon (which became Exxon Mobil in 1999) was a leader in these campaigns of confusion. In 1989, the company helped to create the Global Climate Coalition to question the scientific basis for concern about climate change and prevent the United States from signing on to the international Kyoto Protocol to control greenhouse gas emissions. The coalition disbanded in 2002, but the disinformation continued. Journalists and scientists have identified more than 30 different organizations funded by the company that have worked to undermine the scientific message and prevent policy action to control greenhouse gas emissions.

So, that’s a little something from me.  What interesting things have you found today out there on the web?