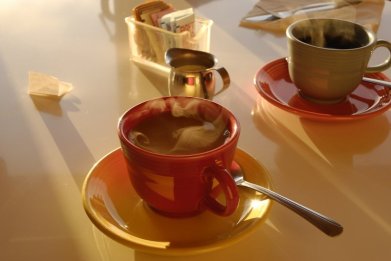 I actually think this headline from Dean Baker is true:  “Supercommittee Democrats Insist on Not Giving Republicans Everything”.  Of course, that’s why Republicans want the President to enter the fray.  The same cannot be said for him.   That’s why the John Chaffee/Bob Dole/Mitty Romney/American Heritage Institute health care proposal of 1993 now goes by the moniker Obamacare.

In much of the media it is the rule that both parties are equally to blame regardless of what the facts of the situation are. Hence the lead sentence in the Post’s article on the supercommittee’s deadlock tells readers:

“Congressional negotiators made a yet another push Friday to carve $1.2 trillion in savings from the federal debt, but remained stuck in their entrenched positions on tax policy even as the clock was running down on their efforts to reach a deal.”

It would be interesting to know how the Post decided that the Democrats have an entrenched position. They have offered dozens of plans, many of which would not involve having the rates return to their pre-Bush level, as is specified in current law. By contrast, the Republicans have consistently put forward

proposals that would keep the taxes on the wealthy at their current level or lower them further.

Even though the Democrats have shown every willingness to cave, the Post refuses to give them credit for it.

Let’s just post this next one under the heady of tacky is as tacky does.

First Lady Michelle Obama and Dr. Jill Biden were grand marshals at today’s NASCAR season finale at Homestead-Miami Speedway, appearing as part of their charitable campaign to support military veterans and their families.

But their benign, bipartisan cause wasn’t enough to prevent public fallout from the nation’s polarized political climate as they were introduced before the crowd.

ESPN video from the event documented loud boos from some in the stands as the announcer named Obama and Biden, seconds before they delivered the “most famous words in motorsports,” telling drivers to start their engines.

What kind of people can’t shut up long enough to recognize the troops with a first and second lady for pity’s sake?  This sort’ve just played into those NASCAR fan stereotypes, didn’t it? There were also two children standing there receiving recognition as kids of a wounded veteran who volunteers time weekly at the local VA.  What kind of lesson does this teach them?  What has happened to manners in this country; not to mention common courtesy, decency and civility?  Fortunately, the pre-cermony reception with the drivers, crews, and NASCAR administration folks was polite and enthusiastic.

Here’s something interesting!  The National Lawyers Guild has filed a FOIA request asking for evidence of any federal role in the Occupy crackdowns. FBI or Homeland Security any one?

According to a statement by the NLG, each of the FOIA requests states, “This request specifically encompasses disclosure of any documents or information pertaining to federal coordination of, or advice or consultation regarding, the police response to the Occupy movement, protests or encampments.”

National Lawyers Guild leaders, including Executive Director Heidi Beghosian and NLG Mass Defense Committee co-chair and PCJ Executive Director Mara Veheyden-Hilliard both told TCBH! earlier this week that the rapid-fire assaults on occupation encampments in cities from Oakland to New York and Portland, Seattle and Atlanta, all within days of each other, the similar approach taken by police, which included overwhelming force in night-time attacks, mass arrests, use of such weaponry as pepper spray, sound cannons, tear gas, clubs and in some cases “non-lethal” projectiles like bean bags and rubber bullets, the removal and even arrest of reporters and camera-persons, and the justifications offered by municipal officials, who all cited “health” and “safety” concerns, all pointed to central direction and guidance.

Well, it looks like the WSJ is playing games again with us.

When Harry Truman and Lyndon Johnson accepted the reality that they could not effectively govern the nation if they sought re-election to the White House, both men took the moral high ground and decided against running for a new term as president. President Obama is facing a similar reality—and he must reach the same conclusion.

He should abandon his candidacy for re-election in favor of a clear alternative, one capable not only of saving the Democratic Party, but more important, of governing effectively and in a way that preserves the most important of the president’s accomplishments. He should step aside for the one candidate who would become, by acclamation, the nominee of the Democratic Party: Secretary of State Hillary Clinton.

Never before has there been such an obvious potential successor—one who has been a loyal and effective member of the president’s administration, who has the stature to take on the office, and who is the only leader capable of uniting the country around a bipartisan economic and foreign policy.

Well, that’s the WSJ.  Jonathan Chait writes on Liberal Disappointment with Obama and says it’s the fault of liberals.

The cultural enthusiasm sparked by Obama’s candidacy drained away almost immediately after his election. All the passion now lies with the critics, and it is hard to find a liberal willing to muster any stronger support than halfhearted murmuring about the tough situation Obama inherited, or vague hope that maybe in a second term he can really start doing things. (“I’m like everybody, I want more action,” an apologetic Chris Rock said earlier this month. “I believe wholeheartedly if he’s back in, he’s going to do some gangsta shit.”) Obama has already given up on any hope of running a positive reelection campaign and is girding up for a grim slog of lesser-of-two-evils-ism.

Why are liberals so desperately unhappy with the Obama presidency?

There are any number of arguments about things Obama did wrong. Some of them are completely misplaced, like blaming Obama for compromises that senators forced him to make. Many of them demand Obama do something he can’t do, like Maddow’s urging the administration to pass an energy bill through a special process called budget reconciliation—a great-sounding idea except for the fact that it’s against the rules of the Senate. Others castigate Obama for doing something he did not actually do at all (i.e., Drew Westen’s attention-grabbing, anguished New York Times essay assailing Obama for signing a budget deal with cuts to Medicare, Social Security, and Medicaid that were not actually in the budget in question).

Some of the complaints are right, and despite being an Obama apologist, I’ve made quite a few of them myself. (The debt-ceiling hostage negotiations drove me to distraction.) But I don’t think any of the complaints—right, wrong, or ­otherwise—really explain why liberals are so depressed.

Here is my explanation: Liberals are dissatisfied with Obama because liberals, on the whole, are incapable of feeling satisfied with a Democratic president. They can be happy with the idea of a Democratic president—indeed, dancing-in-the-streets delirious—but not with the real thing. The various theories of disconsolate liberals all suffer from a failure to compare Obama with any plausible baseline. Instead they compare Obama with an imaginary president—either an imaginary Obama or a fantasy version of a past president.

Okay then.  Suppose it has nothing to do with Democratic presidents that basically pass and support Republican insanity agendas.  One more and then it’s the end of the post!  Paul Krugman tells the FT that ‘No one’s safe” in this economic crisis. It’s mostly on where to hide your money in this turmoil.  My favorite part is Krugman’s description of financial innovations.

Do you have any doubt that innovative financial products have made people better off?

I have substantial doubt. There’s almost a joke but it’s a slightly serious question to ask which financial innovation of the past 30 years was clearly beneficial – and you are not allowed to use ATMs. And the rest is all ambiguous.

The case for believing these financial innovations have actually enhanced welfare as opposed to giving people a false sense of security is very dubious. Collateralised debt obligations were clearly destructive. It was to fool people that risk was less than it was. AIG created a false sense of security via credit default swaps that was as it turned out completely unjustified by reality. Those are specific examples and you might argue they are just misleading, but we are already talking about a pretty large part of what the industry has been doing these past 10 or 15 years.

That’s my suggestions for the day.  What’s on your reading and blogging list?