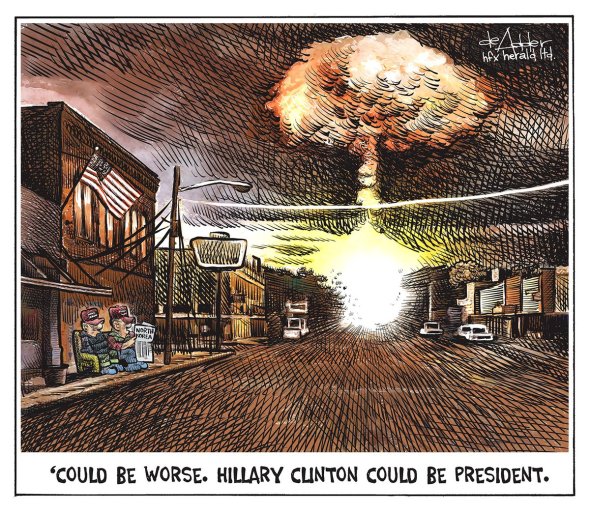 I’m having another one of those days when having a corrupt, moronic, megalomaniacal monster as “president” is just too much to bear. Why is the universe torturing us like this? Is there any hope for the future?

One positive sign is that people of conscience in the government continue to leak information that Trump would prefer to hush up. Vanity Fair summarizes reporting from The NYT and The Guardian: Damning Federal Climate Report Leaked Before Trump Can Suppress It.

According to a government report that was leaked to The New York Times, average temperature in the U.S. have risen rapidly since 1980, and recent decades have been the hottest in the past 1,500 years. “Evidence for a changing climate abounds, from the top of the atmosphere to the depths of the oceans,” reads the congressionally mandated report, which was drafted by scientists spanning 13 federal agencies. The National Academy of Sciences has signed off on the paper, and it is now awaiting approval from the Trump administration.

According to the Times, scientists fear that the Trump administration could either alter or suppress the findings, and for good reason. The notion of the president’s team signing off on such a report seems about as plausible as the president having read the pope’s manifesto. Its assertion that “many lines of evidence demonstrate that human activities, especially emissions of greenhouse (heat-trapping) gases, are primarily responsible for recent observed climate change” jar inconveniently with Trump’s instinctive assumption that global warming is actually a hoax perpetuated by the Chinese.

It must be irritating for the White House, then, that just as the Times broke their story, the Guardian obtained a series of e-mails that implicate his administration in a bout of hoax-perpetuation, too. Staff at the Department of Agriculture (U.S.D.A.) have been told to get inventive with their use of language, and are being advised to replace the term climate change with the phrase “resilience to weather extremes,” according to the outlet. Bianca Moebis-Clune, director of soil health at the Natural Resources Conservation Service (N.R.C.S.), a U.S.D.A. unit that oversees farmers’ land conservation, helpfully circulated a concise encyclopedia of other, non-synonymous terms. For example, “reduce greenhouse gas” could, and should, be replaced by “build soil organic matter, increase nutrient use efficiency.” “Sequester carbon” is no longer wholly appropriate, so staff should now refer to “build soil organic matter.”

“We won’t change the modeling, just how we talk about it—there are a lot of benefits to putting carbon back in the sail [sic], climate mitigation is just one of them,” she wrote in an e-mail to staff on February 16, referencing advice from a colleague from the U.S.D.A.’s public affairs team to “tamp down on discretionary messaging right now.” Still, her note was not all negative. References to economic growth, emerging business opportunities in the rural U.S. and “improved aesthetics” should be “tolerated if not appreciated by all.” In another e-mail to senior employees on January 24, just days after Trump was inaugurated, Jimmy Bramblett, deputy chief for programs at the N.R.C.S., said, “It has become clear one of the previous administration’s priority is not consistent with that of the incoming administration. Namely, that priority is climate change. Please visit with your staff and make them aware of this shift of perspective within the executive branch.” He added that “prudence” should be used when referring to greenhouse gases, and that existing work on air quality regarding these gases could be stopped. 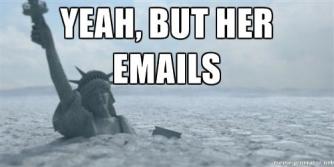 The draft report, which has undergone extensive review, estimates that human impact was responsible for an increase in global temperatures of 1.1 to 1.3 degrees Fahrenheit from 1951 to 2010.

“Many lines of evidence demonstrate that human activities, especially emissions of greenhouse (heat trapping) gases, are primarily responsible for recent observed climate changes,” the report notes. “There are no alternative explanations, and no natural cycles are found in the observational record that can explain the observed changes in climate.”

It remains unclear how the White House — which announced in June that it would pull out of the Paris climate accord — will handle the report. Many scientists are looking at it as a test case of the administration’s attitude toward science in general.

“The current situation will provide an acid test of whether the Trump administration is open to hearing the scientific truth about climate change or is so much in the thrall of fossil fuel interests that they are fixated on hiding the reality from the public,” Michael Oppenheimer, a professor of geosciences and international affairs at Princeton University, said Monday night. 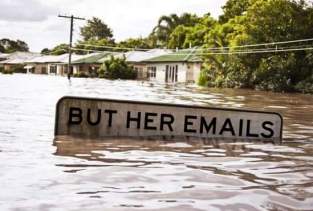 The Climate Science Special Report is a key element of the National Climate Assessment, which, according to the 1990 Global Change Research Act, is supposed to be issued every four years. However, the assessment has come out only three times. The 2000 assessment, finalized under President Bill Clinton, came under attack once George W. Bush took office. Bush administrationofficials declined to cite it in subsequent federal reports, arguing that aspects of the data analysis were flawed.

According to the WaPo, the White House has had a copy of the report for “several weeks.”

Kurt Andersen has a new book coming out on September 5 called Fantasyland: How American Went Haywire; and The Atlantic has published an excerpt from it as its September cover story: How America Lost Its Mind. It’s a long article, and I haven’t finished it yet. Here are the first several paragraphs:

When did america become untethered from reality?

I first noticed our national lurch toward fantasy in 2004, after President George W. Bush’s political mastermind, Karl Rove, came up with the remarkable phrase reality-based community. People in “the reality-based community,” he told a reporter, “believe that solutions emerge from your judicious study of discernible reality … That’s not the way the world really works anymore.” A year later, The Colbert Report went on the air. In the first few minutes of the first episode, Stephen Colbert, playing his right-wing-populist commentator character, performed a feature called “The Word.” His first selection: truthiness. “Now, I’m sure some of the ‘word police,’ the ‘wordinistas’ over at Webster’s, are gonna say, ‘Hey, that’s not a word!’ Well, anybody who knows me knows that I’m no fan of dictionaries or reference books. They’re elitist. Constantly telling us what is or isn’t true. Or what did or didn’t happen. Who’s Britannica to tell me the Panama Canal was finished in 1914? If I wanna say it happened in 1941, that’s my right. I don’t trust books—they’re all fact, no heart … Face it, folks, we are a divided nation … divided between those who think with their head and those who know with their heart … Because that’s where the truth comes from, ladies and gentlemen—the gut.” 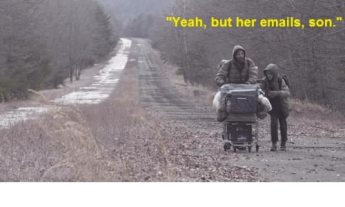 Whoa, yes, I thought: exactly. America had changed since I was young, when truthiness and reality-based community wouldn’t have made any sense as jokes. For all the fun, and all the many salutary effects of the 1960s—the main decade of my childhood—I saw that those years had also been the big-bang moment for truthiness. And if the ’60s amounted to a national nervous breakdown, we are probably mistaken to consider ourselves over it.

Each of us is on a spectrum somewhere between the poles of rational and irrational. We all have hunches we can’t prove and superstitions that make no sense. Some of my best friends are very religious, and others believe in dubious conspiracy theories. What’s problematic is going overboard—letting the subjective entirely override the objective; thinking and acting as if opinions and feelings are just as true as facts. The American experiment, the original embodiment of the great Enlightenment idea of intellectual freedom, whereby every individual is welcome to believe anything she wishes, has metastasized out of control. From the start, our ultra-individualism was attached to epic dreams, sometimes epic fantasies—every American one of God’s chosen people building a custom-made utopia, all of us free to reinvent ourselves by imagination and will. In America nowadays, those more exciting parts of the Enlightenment idea have swamped the sober, rational, empirical parts. Little by little for centuries, then more and more and faster and faster during the past half century, we Americans have given ourselves over to all kinds of magical thinking, anything-goes relativism, and belief in fanciful explanation—small and large fantasies that console or thrill or terrify us. And most of us haven’t realized how far-reaching our strange new normal has become.

Continue reading at The Atlantic link. 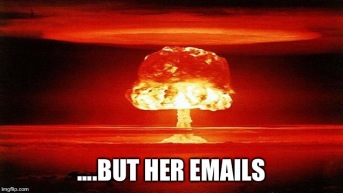 One more hopeful bit of news is that Trump’s base is shrinking. Yesterday Trump tweeted the “fake news” that he wants people to believe. The Washington Post: No, Donald Trump’s base is not ‘far bigger and stronger than ever before.’

President Trump is clearly rankled by the notion that his political support is slipping, pushing back against the idea during a barrage of tweets Monday from his Bedminster, N.J., golf club, where aides said he is having a “working vacation.” [….]

In fact, as his overall approval rate has sunk, some of the president’s core supporters have soured on his performance, polls show. A Quinnipiac University poll last week found 23 percent of registered voters “strongly approve” of Trump’s handling of his job, down from 29 percent who felt that way during his first week in office. Even white voters with no college degree — one of the demographics that backed his candidacy most enthusiastically — disapprove of how Trump is handling his job by 50 percent to 43 percent.

His support among Republicans is still around 75%, but the trend is downward. You can read the Trump tweets at the WaPo link, if you wish.

I know there’s much more happening, but I’m burned out at the moment. I’m hoping the return of Rachel Maddow tonight will give me something to hang onto.