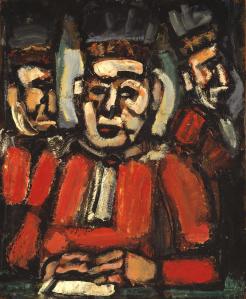 I’m not sure what made me think of this Sun Tzu quote exactly.  I’ve been hearing “justice delayed is justice denied” more frequently. That’s a more recent quote from William Gladstone. It’s quiet this morning on the news front. So quiet, you might just hear a grinding sound.

This is from Politico: “Judge orders Graham to testify in Atlanta-area Trump probe.  Investigators intend to query Graham about two phone calls with Georgia election officials that included a discussion of the process for counting absentee ballots.”  I keep wondering if the FBI will find the kompromat on Lady Lindsey in one of those leatherbound boxes found in the basement of Mar-a-Lago.

A federal judge on Monday turned down Sen. Lindsey Graham’s bid to throw out a subpoena compelling him to testify before the Atlanta-area grand jury investigating Donald Trump’s effort to overturn the 2020 election.

“[T]he Court finds that the District Attorney has shown extraordinary circumstances and a special need for Senator Graham’s testimony on issues relating to alleged attempts to influence or disrupt the lawful administration of Georgia’s 2022 elections,” U.S. District Court Judge Leigh Martin May wrote in a 22-page opinion rejecting Graham’s effort and sending the matter back to state courts for further proceedings.

The ruling is a victory for District Attorney Fani Willis, who is leading the grand jury probe that resulted in a subpoena for Graham (R-S.C.) to appear for an Aug. 23 interview. Investigators intend to query Graham about two phone calls with Georgia election officials, at the same time Trump was attempting to subvert his defeat, that included a discussion of the process for counting absentee ballots.“

Senator Graham has unique personal knowledge about the substance and circumstances of the phone calls with Georgia election officials, as well as the logistics of setting them up and his actions afterward,” May wrote. “And though other Georgia election officials were allegedly present on these calls and have made public statements about the substance of those conversations, Senator Graham has largely (and indeed publicly) disputed their characterizations of the nature of the calls and what was said and implied. Accordingly, Senator Graham’s potential testimony on these issues … are unique to Senator Graham.”

“In a statement issued later Monday through his Senate office, Graham indicated he would appeal the ruling.

Whatever gravitas Senator Graham may have had is now gone.  Donald Trump has hung his ass as a trophy somewhere on some Golf Club wall.

Tehran, in its first public reaction, said Salman Rushdie and his supporters were to blame for an attack that left the “Satanic Verses" author with severe injuries.https://t.co/qvUCMeAKo4

More information is being released and reported on the attempted murder of author Salman Rushdie.  This is from The Washington Post. It’s written by Jennifer Hassan. “Iran denies involvement in Rushdie attack, says he brought it on himself.”

Iran denied any involvement Monday in last week’s attack that left author Salman Rushdie with severe injuries after he was stabbed in the neck and abdomen onstage at an event in western New York.

In its first public reaction to the stabbing, Iran said Rushdie and his supporters were to blame for the attack, more than three decades after Tehran issued a directive for Muslims to kill Rushdie because of his book “The Satanic Verses,” published in 1988.

“We do not blame, or recognize worthy of condemnation, anyone except himself and his supporters,” Nasser Kanaani, spokesman for Iran’s Foreign Ministry, said of the stabbing, which has been condemned by world leaders and has rocked the literary world.

Kanaani told reporters that through his writing,the Indian-born British American novelisthad insulted “the holiness of Islam” and crossed “the red lines of more than 1½ billion Muslims.” 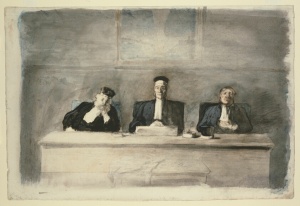 Hadi Matar has been charged with attempted murder after Rushdie, 75, was repeatedly stabbed on stage ahead of a speaking event in Chautauqua, New York, on Friday. On Sunday, Rushdie’s son Zafar Rushdie said his father was in a critical condition and had sustained “life-changing” injuries but had been taken off a ventilator and had been able to speak.

A NATO counterterrorism official from a European country said the stabbing had all the hallmarks of a “guided” attack, where an intelligence service talks a supporter into action, without direct support or involvement in the attack itself.

“Close scrutiny needs to be paid to his communications,” said the NATO official, who was not authorised to speak on the record. “More investigation will reveal more information on the exact nature of the links.”

There’s no evidence Iranian officials were involved in organising or orchestrating the attack on Rushdie. Security officials who confirmed the social media contact would not elaborate on the nature of the communications because investigations are ongoing. They would not disclose who initiated the contact, when it took place, or what was discussed.

And this is interesting in terms of the Department of Justice investigations and the former guy.  There are two separate warrants now that we know about.

Encouraging news – DOJ may have a 2nd investigation of Trump – no details. See attached. pic.twitter.com/uVcF9owwHf

The last we heard of Trump, he threatened the DOJ if they didn’t let him “help” the investigation. This is from a blog post of Katelyn Caralle, the U.S. Political Reporter For Dailymail.com.

That sounds like one of those thinly veiled threats Trump makes when he goes all Mafia on us.  Trump once again is hoisted on his own petard. (Oh, now I’m referencing Shakespeare, what kind of Monday trip am I on?) This is from Raw Story and Brad Reed: “Trump’s DOJ won a 2018 case that undermines claims about his broad declassification powers.”

Allies of former President Donald Trump have claimed that he unilaterally declassified every single government document that he took with him to Mar-a-Lago on his way out of the White House in 2021.

Many legal experts have cast doubt on claims that Trump can simply will documents declassified without going through any kind of formal process, and New York Times reporter Charlie Savage points to a case won by Trump’s own Department of Justice in 2018 that rebuts the theory that presidents have near-omnipotent declassification powers.

The case in question involved a New York Times request for documents relating to covert operations in Syria that Trump had revealed in a tweet by criticizing “massive, dangerous, and wasteful payments to Syrian rebels” made by the United States government.

By talking about the matter publicly, argued the New York Times, Trump had in essence declassified the existence of the program, which would then make documents about it available to reporters through requests via the Freedom of Information Act.

The Trump DOJ pushed back on this, however, and successfully argued that mere presidential proclamations are insufficient to formally declassify documents.

“The Times cites no authority that stands for the proposition that the President can inadvertently declassify information and we are aware of none,” wrote the Second Circuit U.S. Court of Appeals in its decision against the Times. “Because declassification, even by the President, must follow established procedures, that argument fails.”

Excuse me while I chuckle.

“A defeated former president who was at the center of a failed coup allegedly walks out the door with nuclear secrets, refuses to give them back and then leaves a creepy, semi-threatening message for the attorney general — that’s apparently where we are.”https://t.co/m3TopZQ9rD

Jennifer Rubin has much to say about Trump and how he easily absconded with Federal Documents, including Top Secret National Security Matters.  Rubin writes this for The Washington Post: “Leaving with nuclear secrets would be Trump’s dumbest, scariest stunt yet.”

A defeated former president who was at the center of a failed coup allegedly walks out the door with nuclear secrets, refuses to give them back and then leaves a creepy, semi-threatening message for the attorney general — that’s apparently where we are. Donald Trump and his apologists are as dangerous to our national security as spies and traitors who would spirit away our most closely held secrets.

The documents at issue supposedly include material so confidential it merits a top secret rating (TS/SCI) that no president — let alone an ex-president — can wish away.

Former FBI special agent and lawyer Asha Rangappa dismisses Trump’s assertion that he declassified everything: “The claim is bogus because clearly the current position of the United States government is that these documents are classified. This is controlling, whatever he did before he left office.” She adds, “He has no classification authority as of Jan. 20, 2021. Trump forgets that whatever awesome powers and immunities he held as president now belong to [President] Biden.”

Indeed, this nondefense bolsters the conclusion that Trump knew the documents were classified. “It is an admission because it would mean Trump had knowledge of the content of the documents, and that he apparently planned to remove them once relabeled,” observes Ryan Goodman, national security law expert and co-editor of Just Security.

The more facts we know, the worse it gets. According to New York Times reporting, “At least one lawyer for former President Donald J. Trump signed a written statement in June asserting that all material marked as classified and held in boxes in a storage area at Mr. Trump’s Mar-a-Lago residence and club had been returned to the government.” Perhaps Trump, a compulsive liar, and his counsel were less than honest.

Even more stunning, just before Attorney General Merrick Garland’s public announcement regarding the search, a close Trump associate reached out to DOJ with a message for Garland. Trump wanted Garland “to know that he had been checking in with people around the country and found them to be enraged by the search,” the Times reported. A threat? A plea? Maybe both, but it certainly reflects Trump’s telltale mix of ignorance, arrogance, lawlessness, narcissism and recklessness.

I hope we get more justice on this than we got from Richard Nixon’s lawlessness.

42 Comments on “Monday Reads: “The Wheels of justice grind slow but grind fine””