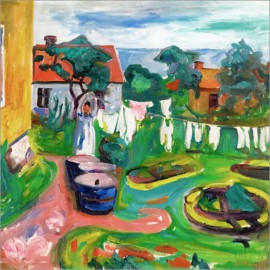 This is going to be a quick post, because I’m having a pain flareup, and it’s difficult to use my computer. There is quite a bit of news today; here are some stories that caught my attention.

“In the past few weeks, I have been trying to convince my colleagues it would be eccentric to change governments when we have achieved so much,” he said in his speech outside No. 10 Downing St. amid loud booing from the crowd nearby. “I regret not to be successful in those arguments and, of course, it’s painful not to be able to see through those projects myself.”

Johnson also said he planned to remain as prime minister until a successor is chosen — a move that may face opposition from others in an increasingly hostile Parliament.

In his speech, he hailed his government’s achievements, including supporting Ukraine after the Russian invasion and weathering the Covid pandemic.

He becomes the third consecutive British prime minister to resign before their term in recent years, following in the footsteps of Theresa May and David Cameron.

While Johnson was met by applause from colleagues on Downing Street, boos from a crowd nearby threatened to drown out his speech. Meanwhile, a loudspeaker blasted a reworked version of the Bay City Rollers song “Bye Bye Baby” with the lyrics changed to “Bye bye Boris.”

Among tax lawyers, the most invasive type of random audit carried out by the I.R.S. is known, only partly jokingly, as “an autopsy without the benefit of death.”

One of the few who received a bureaucratic letter with the news that his 2017 return would be under intensive scrutiny was James B. Comey, who had been fired as F.B.I. director that year by President Donald J. Trump. Furious over what he saw as Mr. Comey’s lack of loyalty and his pursuit of the Russia investigation, Mr. Trump had continued to rail against him even after his dismissal, accusing him of treason, calling for his prosecution and publicly complaining about the money Mr. Comey received for a book after his dismissal.

Mr. Comey was informed of the audit in 2019. Two years later, the I.R.S., still under the leadership of a Trump appointee after President Biden took office, picked about 8,000 returns for the same type of audit Mr. Comey had undergone from the 154 million individual returns filed in 2019, or about one in 19,250.

Among those who were chosen to have their 2019 returns scrutinized was the man who had been Mr. Comey’s deputy at the bureau: Andrew G. McCabe, who served several months as acting F.B.I. director after Mr. Comey’s firing.

Both men were fired after Trump became enraged about the FBI’s Russia investigation. Shades of Nixon’s enemies list.

Trump is probably getting very nervous today, because his last White House Counsel Pat Cippilone is expected to testify tomorrow in a private hearing of the January 6 Committee.

Pat Cipollone, who served as White House counsel under former President Donald Trump, has reached an agreement to appear Friday before the House select committee investigating the Jan. 6 assault on the Capitol, two sources familiar with the matter tell CBS News.

Woman with a parasol in a garden, Pierre Auguste Renoir

“Please make sure we don’t go up to the Capitol, Cassidy. Keep in touch with me. We’re going to get charged every crime imaginable if we make that movement happen,” Hutchinson recalled Cipollone telling her.

Hutchinson also recounted an exchange between White House chief of staff Mark Meadows, who was her boss, and Cipollone as rioters breached the Capitol on Jan. 6. Cipollone urged Meadows to speak to the president, Hutchinson said. She testified that Cipollone told Meadows that “something needs to be done or people are going to die, and the blood is going to be on your effing hands.”

Also see Jennifer Rubin’s opinion piece at The Washington Post: Trump has every reason to panic about Cipollone testifying.

This shocking story was first posted at Rolling Stone, but I can’t get past the paywall. Raw Story: Right-wing activist boasted of ‘praying’ with SCOTUS justices after they cited her organization’s brief to overturn Roe.

A right-wing activist whose organization wrote a brief that was cited by the United States Supreme Court in its decision to overturn Roe v. Wade also posted a video in which she boasted of praying with the justices.

Rolling Stone is reporting that Peggy Nienaber, who serves as the executive director of a ministry that falls under Liberty Counsel’s umbrella organization, boasted that she and her associates are “the only people” who get an opportunity to pray with sitting Supreme Court justices.

A video obtained by the publication shows that Nienaber made the admission to a live streamer who was filming outside the court during a celebration of its decision to overturn 50 years of precedent on abortion rights.

“You actually pray with the Supreme Court justices?” the live streamer asked her at one point.

“I do,” Nienaber replied. “They will pray with us, those that like us to pray with them.”

Rolling Stone notes that this could be a conflict of interest for the justices who chose to pray with Nienaber.

“Such an arrangement presents a problem for the Orlando-based Liberty Counsel, which not only weighed in on the Dobbs case as a friend of the court, but also litigated and won a 9-0 Supreme Court victory this May in a case centered on the public display of a religious flag,” the publication writes.

JJ sent me this story from The New York Post: Crimo dad washes hands of guilt but talked with son about a mass shooting night before Highland Park massacre.

HIGHLAND PARK, Ill. – The dad of the accused Fourth of July parade killer told The Post on Wednesday that his son talked about a mass shooting in Denmark the night before allegedly launching his own massacre — and the dad washed his hands of any guilt over how the suspect got his gun.

The father, Robert Crimo Jr. — who has tapped one of R. Kelly’s lawyers to battle claims that he helped his mentally disturbed kid buy guns — said that the night before Monday’s shooting, he and son Robert Crimo III discussed the 22-year-old Danish man who shot and killed three people at a mall outside Copenhagen on Sunday.

“He goes, ‘Yeah, that guy is an idiot.’ That’s what he said!” the dad recalled his son saying of the Denmark shooter.

Irises in the artist’s garden at giverny, Claude Monet, 1900

The father said his son added, “People like that … [commit mass shootings] to amp up the people that want to ban all guns.”

“I talked to him 13 hours before [Monday’s massacre]. That’s why I guess I’m in such shock. … Like, did he have a psychiatric break or something?” the father said of his son.

On Tuesday, Steven Greenberg, who previously represented R. Kelly in the fallen singing superstar’s federal sex-trafficking case out of Brooklyn, announced that Crimo Jr. and his estranged wife, Denise, had retained him in the wake of their son’s arrest.

The father, a onetime local mayoral candidate who used to run a neighborhood sandwich shop, has faced a wave of criticism for sponsoring his son’s gun license application, which allowed Crimo III to buy four guns, including his alleged slay weapon, before age 21.

The dad sponsored the application three months after his son was labeled a “clear and present danger” by authorities for threatening to kill relatives in 2019.

There are more excuses from the father at the link. Some people just shouldn’t be parents.

Here’s some creepy news about the guy who wants to own Twitter: Elon Musk Reportedly Welcomed Twins in November With One of His Execs.

Congratulations are apparently in order for Elon Musk: The Tesla chief executive had twins in November with Shivon Zilis, a top executive at his company Neuralink. The news of the twins’ arrival, first reported Wednesday by Insider, brings Musk’s total brood count to nine.

Court filings obtained by the outlet showed that Musk and Zilis filed a petition to change their children’s names to “have their father’s last name and contain their mother’s last name as part of their middle name” in April. One month later, a Texas judge approved the petition.

The twins were reportedly born just “weeks” before the SpaceX founder and musician Grimes had a baby daughter via surrogate. The girl is the couple’s second child. Her existence was also kept secret until March this year, when a Vanity Fairreporter sent to profile Grimes heard the “lone cry” of a baby upstairs.

Zilis, 36, is identified on her LinkedIn as director of operations and special projects at Neuralink, a neurotechnology firm co-founded and chaired by Musk. She began working at the company in May 2017, the same month she was named a project director in artificial intelligence at Tesla, where she remained until 2019.

An expert in artificial intelligence, Zilis met Musk, 51, in 2015. Insider reported that her work at OpenAI, a research laboratory co-founded by Musk. He exited his leadership role there in 2019 to focus on “a painfully large number of engineering & manufacturing problems” at other companies under his umbrella, including Tesla and SpaceX, Bloomberg News reported at the time.

Zilis has “been floated” as a potential pick to run Twitter should Musk’s $44 billion deal go through, Insider said. She often publicly engages with Musk on Twitter, replying to his tweets and in at least one instance defending him from critics.

That’s all I have for you today. I wish you all a peaceful Thursday.