I was fortunate to live during a time when great change was possible that came from the grassroots up.  It did not come from a specific church, the military-industrial complex, or the whims of billionaires whose hobbies were to be funded by allowing them not to pay taxes.  A crooked president was shamed out of the office with a bi-partisanship agreement and on full-display on TV.  We achieved reproductive rights, voting rights, GBLT civil rights, and great scientific advances, and moved towards inclusion provided by the decisions of a balanced Supreme Court and Legislation hashed through with supporters on both sides of Congress.

This seems no longer possible due to the increasing belligerence of one party representing religious fanatics, billionaires, the war and fossil fuel machines, science deniers, white nationalists, and what still remains of the Confederacy. It’s all or nothing for them.  Our country is scorched earth. We’re experiencing extreme weather events, extremist violence including insurrection, and extreme wealth inequality.

We do not want to continue down this path. It will not end well.

This is from Dr. Hakeem Jefferson quoting Dr. King. I am glad he is on our side and can elucidate the struggle so eloquently.

[A]ll types of conniving methods are still being used to prevent Negroes from becoming registered voters.” Continuing, he argued that “The denial of this sacred right is a tragic betrayal of the highest mandates of our democratic tradition.”

“Give us the ballot, and we will no longer have to worry the federal government about our basic rights.”

“Give us the ballot, and we will transform the salient misdeeds of bloodthirsty mobs into the calculated good deeds of orderly citizens.”

“The hour is late. The clock of destiny is ticking out. We must act now before it is too late.”

Hope you'll read and share the piece: https://t.co/4mIoWpPCyk. If members of Congress want to celebrate #MLKDay2022, they should, as King demanded, give us the ballot! 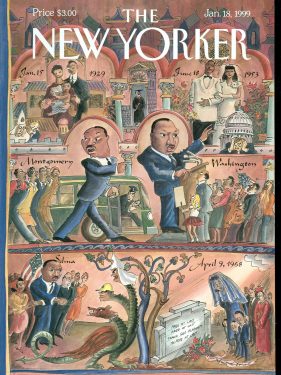 For me, I’ve found comfort in the words of Sherrilyn Ifill, president of the NAACP Legal Defense Fund, who, when asked how she avoids despair at times like this, said, “I don’t know of anything in the history of Black people in this country in which I’ve read some account in which it ended with, ‘And then they gave up.’ That’s just not what we do.”

There are many books being written these days on the move towards autocracy in these United States. I’d like to offer up the work of David Peper interviewed by reporter Paul Rosenberg who writes on “How the states have become “Laboratories of Autocracy” — and why it’s worse than you think. Former Ohio Democratic Party head David Pepper has a dire warning: Rigged state legislatures are destroying America.”  This is from Salon and it is an interview with David Pepper, the book’s author.

It was funny — it was when I thought of the term that the book came to me. I was going to tweet the words out, “You know, these states are no longer acting like laboratories of democracy, but laboratories of autocracy.” I didn’t send the tweet, because the minute I wrote it I thought, “Boy, there’s a lot more to say than this tweet.” And everything flowed from that.

Obviously, it comes out of this age-old term that Justice Louis Brandeis made famous but that many have used, a very idealized notion of states doing good things that then become models for the country. Clearly, that’s been the case sometimes. But as I argue in the book, in our history sometime it’s been the exact opposite. That’s how we got Jim Crow. States have enough power that in the wrong hands they can do great damage, and the point of the title was to say that’s what’s happening now in very stark ways.

But both words matter. “Autocracy” matters, as these states are hacking away at pillars of democracy that could lead to autocracy. But the “laboratories” part matters too, because they’re always learning, they’re always improving. So they are functioning as laboratories. Until you start adding some accountability and pushing back, they’ll just keep going. So my hope is that “autocracy” wakes people up, but “laboratories” is a really important part of that title because it explains how they operate.

I’ve been fighting the voting rights battle in Ohio for a number of years. The worst is still the purging of voters, but to have a secretary of state intentionally cause long traffic jams for the form of voting that he knew minorities and Biden voters were using, and lying over and over again about what the law actually, was such a troubling thing. And this was not your right-wing, Trump-type secretary of state. He had held himself out as more moderate.

So I tell the story because you look at the traffic jams that his one-drop-box-per-county policy created, and anyone with a commonsense response would say, “Don’t ever do that again.” But in a world of “laboratories of autocracy,” as I tell in the story, the state legislature of Ohio, seeing those jams, began pushing for bills to have traffic jams forever by making that not just a policy decision, but state law. And what do we see at the same time? States around the country looked at those traffic jams and saw the effect on — let’s be clear — Black voters waiting in long lines. So now we have the same effort in other states to minimize drop boxes and to do what happened here: Put the drop boxes where people are already voting early in person, which creates the maximum congestion possible. So it’s a great example of how they behave as laboratories against democracy. 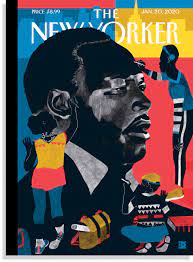 We thought we could get so much done this last election only to see everything held hostage by two Democratic Senators. Ron Brownstein argues this in The Atlantic: “How Manchin and Sinema Completed a Conservative Vision. A nationwide standard of voting rights now seems like a pipe dream.”  What follows is a blasting damnation of Roberts’ decisions in Shelby County v. Holder.

Roberts, who served as a young clerk to conservative Supreme Court Justice William Rehnquist and as a Justice Department assistant in the Reagan administration, has long expressed hostility to federal oversight of voting and election rules. As the journalist Ari Berman recounted in his 2015 book, Give Us the Ballot, Roberts “led the charge” against the bipartisan 1982 reauthorization of the Voting Rights Act, which ultimately reversed a Supreme Court decision (supported by Rehnquist) weakening one key section of the law. Roberts wrote “upwards of 25 memos” opposing the legislation’s provision requiring that the Justice Department prove only discriminatory “effect” rather than purposeful “intent” in order to block state or local voting restrictions. (The Court had ruled the opposite, severely limiting the law’s applicability.)

In one memo reported by Berman, Roberts revealed his broader philosophy about voting rights: The test for federal objection to local voting laws should be extremely difficult to meet, he wrote, “since they provide the basis for the most intrusive interference imaginable by federal courts into state and local processes.”

That approach has guided Roberts on the Supreme Court. As the Harvard Law School professor Nicholas Stephanopoulos, an expert in voting law, wrote in a 2019 law-review article, “The Roberts Court has … never nullified a law making it harder to vote.” To the contrary, in a series of landmark decisions, it has nullified efforts to ensure voter access, combat gerrymanders, and to limit political contributions and spending.

Those cases have included Citizens United v. Federal Election Commission in 2010, which swept away federal prohibitions on undisclosed, unlimited corporate spending in federal elections; Shelby County v. Holder in 2013, which eviscerated the Justice Department’s authority under the Voting Rights Act to review, or “preclear,” any changes in voting procedures in states with a history of discrimination against minorities; Rucho v. Common Cause in 2019, which ruled that federal courts cannot overturn even the most extreme partisan gerrymanders; and Brnovich v. Democratic National Committee in 2021, which severely weakened Section 2 of the Voting Rights Act—the same provision that Roberts, as a young Reagan aide, targeted all the way back in 1982.

Those decisions generally aligned every Republican-appointed justice on the Court at the time against every Democratic-appointed justice (with the exception of Citizens United, in which one GOP-appointed justice, the center-left John Paul Stevens, sided with the minority). The first three cases were decided by the narrowest possible 5–4 majorities, and the most recent one by a 6–3 count that reflected the Court’s larger GOP advantage. Roberts personally wrote the decisions in both the Shelby and Rucho cases.

Roberts has often appeared reluctant to let the Court be seen in purely partisan terms. But that instinct, as many critics have noted, has not extended to cases involving the core electoral interests of the two political parties—cases in which he’s been entirely willing to engineer sharply divided rulings that separate the justices along partisan and ideological lines. (No Democratic-appointed justice has supported any of these rulings.)

A democracy that turns a blind eye to voter suppression won’t stay a democracy for long. It’s time to stand up for voting rights.

With the King family marching today, we remember that the fight for voting rights takes perseverance. As Dr. King said, “There are no broad highways to lead us easily and inevitably to quick solutions. We must keep going.” May we honor his memory through action forged in faith. pic.twitter.com/Qn1q4EvXN5

I’m pretty sure I’ve given you enough long pieces to read so I’ll end here.