Monday Reads: Yes, Virginia there are Monsters that live among Us 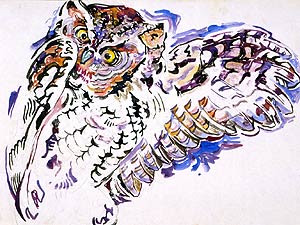 Artist Walter Anderson is often credited with giving his animal subjects personalities and moods, as in this study of an owl. (Image courtesy of Bell Museum of Natural History)

I am sorry that I’m so late with this. I had some intense dental work on Friday that was basically repeated this morning. I’m really sore, tired, and groggy. I get more on the 27th. I had no cavities but my gums needed some perking up. I hadn’t been to the dentist since before Katrina so I guess I’m a bit blessed it wasn’t a lot worse. The art today comes from Mississippi Gulf Coast Artist Walter Inglis Anderson and the Museum that features it. Anderson was born in New Orleans,

I was teaching last night when BB told me about the Waukesha Christmas parade tragedy. This morning’s details are so sad. Many of the wounded and dead were small children and a marching group called “The Dancing Grannies.” They have one suspect in custody. It’s likely the SUV occupant was fleeing a knife fight. He’s got a criminal record. Monstrous behavior is on the lose in Wisconsin. This is from WaPo. As of now, there are five people dead. Ten of the 12 children hospitalized are in the pediatric ICU.

Officials said that 22 patients were transported by fire crews to six area hospitals. Additional people were transported to medical facilities by the police and bystanders. One hospital said Monday that 18 children had been brought to its emergency department alone.

“Our community needs to heal from physical injury and emotional trauma and what was taken from us by this senseless act,” Waukesha mayor Shawn Reilly said during the Monday briefing. “What we do today and in the days ahead is what will define us as a city, and I know we will come together and help Waukesha heal.”

By the morning after the parade, only some of the prior night’s chaos had been cleared. The trail of stray gloves, overturned chairs and abandoned drinkware grew denser the closer to Barstow Street, while Lollipops and wrapped candy were still scattered on the grassy parkway where families had gathered hours earlier for the parade themed “Comfort and Joy.” An image from the aftermath showed a jogging stroller, decorated with red and silver tinsel, now abandoned and missing a wheel. 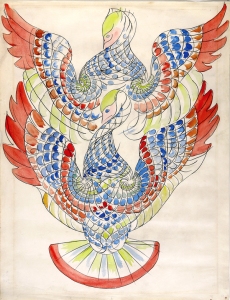 The city of Kenosha, Wisconsin is still in the center of controversial verdict freeing Kyle Rittenhouse to kill again. The worst thing is that he has paired up with the FOX Monster known as Tucker Carlson for an interview airing a day ago. Two Fox News Contributers have quit the company over Carlson’s “documentary” that tries to whitewash Jan 6. This is from Greg Sargent at WaPo: “As two Fox contributors quit over Tucker Carlson, an alarming truth is revealed .”

It is fitting that two Fox News contributors have severed their ties with the network over Tucker Carlson’s glorification of Jan. 6 at exactly the moment when more than 150 scholars are sounding a loud, clanging alarm about the future of our democracy.

Because these two stories are unsettlingly related. Both should rivet our attention on the increasing flirtation among large swaths of the right with political violence, and on the role that the right’s campaign to delegitimize our political system is playing in it.

The two contributors — conservative writers Stephen Hayes and Jonah Goldberg — quit Fox to protest Carlson’s online special “Patriot Purge.” As Ben Smith of the New York Times reports, they objected to its depiction of an alternate history of Jan. 6 as a “false flag” designed to create a pretext to persecute conservatives.

Here’s a UK The Guardian link to coverage of the interview of Vile Kyle by Tucker the Fucker: “Outcry as Kyle Rittenhouse sits down for Tucker Carlson Fox News interview.”

Rittenhouse has attracted support from conservative groups and lawmakers, some of whom, on the far right of the Republican party, have celebrated his acquittal and offered him internships. On Sunday Christina Pushaw, press officer for Republican governor Ron DeSantis, welcomed Rittenhouse to the “free state” of Florida in a tweet.

Before his trial, Rittenhouse was photographed in a bar with apparent members of the far-right Proud Boys, where he is alleged to have flashed white power hand signs. While his attorneys have insisted Rittenhouse is not a white supremacist, others have said otherwise.

On Saturday, the MSNBC host Tiffany Cross said: “The fact that white supremacists roam the halls of Congress freely and celebrate this little murderous white supremacist, and the fact that he gets to walk the streets freely, it lets you know these people have access to instituting laws, they represent the legislative branch of this country.”

“If we were talking about a Black man,” he said, “the conversation and outcome would be starkly different. But we’re not. We’re talking about Kyle Rittenhouse, a racist, homicidal vigilante who, like so many white men before him, not only escaped accountability but laughed in its face.”

Fucker Carlson has also made a “documentary” on the case.

.@KatiePhang on the #KyleRittenhouse verdict: “There’s a real reason why you didn't see a lot of protests yesterday. It’s because if you went into the street after that verdict, you could be shot dead in the street and there would be no consequence. None.” #CrossConnection pic.twitter.com/hkgoa0BzHH 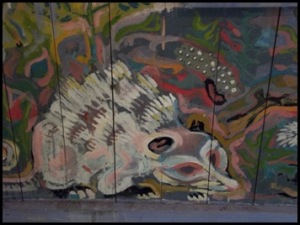 The little room, and it is little, perhaps 10 X 10, is covered walls and ceiling in a mural celebrating life.

One party is impowering monsters. They are monsters. From CBS: “European thinktank adds U.S. to list of “backsliding” democracies for 1st time.”

The United States has joined an annual list of “backsliding” democracies for the first time, the International IDEA think-tank said on Monday, pointing to a “visible deterioration” that it said began in 2019. Globally, more than one in four people live in a backsliding democracy, a proportion that rises to more than two in three with the addition of authoritarian or “hybrid” regimes, according to the Stockholm-based International Institute for Democracy and Electoral Assistance.

“This year we coded the United States as backsliding for the first time, but our data suggest that the backsliding episode began at least in 2019,” it said in its report titled “Global State of Democracy 2021.”

“The United States is a high-performing democracy, and even improved its performance in indicators of impartial administration (corruption and predictable enforcement) in 2020. However, the declines in civil liberties and checks on government indicate that there are serious problems with the fundamentals of democracy,” Alexander Hudson, a co-author of the report, told AFP.

Racist language has been resplendent in the three defendents tried for the murder of Ahmad Aubery. This prosecution has the right argument.

Prosecutor Linda Dunikoski asked the jury to reject Travis McMichael's testimony that he shot Ahmaud Arbery in self-defense after he tried to take his shotgun: "If you are the initial unjustified aggressor, you don't get to claim self-defense."

It is truely difficult these days to watch the violence in this country and then go outside your door. Many women and children do not even have to go outside their doors. This if from The Philidelphia Inquirer: “Pa. Senate candidate Sean Parnell has lost his custody battle after abuse claims by his estranged wife .”

Senate candidate Sean Parnell suspended his campaign Monday, hours after a judge ruled against him in a custody battle that included allegations he had physically and verbally abused his wife and children.

While Parnell denied those claims, the judge found his wife, Laurie Snell, to be more credible.

“There is nothing more important to me than my children, and while I plan to ask the court to reconsider, I can’t continue with a Senate campaign,” Parnell said in a statement. “My focus right now is 100% on my children, and I want them to know I do not have any other priorities and will never stop fighting for them.”

His decision capped a rapid collapse for a candidate once viewed as the GOP front-runner in Pennsylvania’s nationally watched race to replace Republican Sen. Pat Toomey. Parnell, a decorated Army veteran who received a Purple Heart after serving in Afghanistan, won an August endorsement from former President Donald Trump, but his campaign quickly unraveled after a rival questioned his personal conduct and his wife, Laurie Snell, testified under oath that Parnell choked her, pinned her down and called her “a whore.” 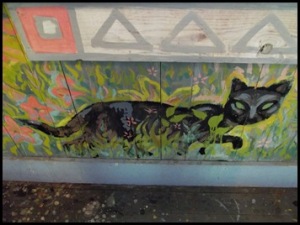 More from the little room

Rolling Stone has yet more on the Jan.6 insurrection and Trump involvement. You may go read that here: “Leaked Texts: Jan. 6 Organizers Say They Were ‘Following POTUS’ Lead’ ”

Max Boot from WaPO writes this; “Republicans are fomenting a violent insurgency in America. It may have already started. ”

There really are monsters in this country. Read those and know who they are.

4 Comments on “Monday Reads: Yes, Virginia there are Monsters that live among Us”