← Wednesday Reads: Caffeine Fairy
Monday Reads: What do you do with a problem like a)Joe Manchin b)Krysten Sinema c)Senate Parlimentarian d) Mitch McConnell e)All of the above plus more → 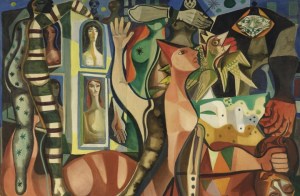 BB’s had a bad week or so with her pain issues so I’m sitting in for her today.  She’s going to be talking to her doctor so hopefully, she’ll get some relief sometime today!  It’s the last day of summer also. I hope we can get some relief from the heat.

Charlie Savage has written this piece in the New York Times today: “Democrats Begin Effort to Curb Post-Trump Presidential Powers ut to appeal to Republicans, a bill being introduced in the House to impose checks on executive authority may be broken into pieces in the Senate.”

House Democrats are planning to introduce a package of proposed new limits on executive power on Tuesday, beginning a post-Trump push to strengthen checks on the presidency that they hope will compare to the overhauls that followed the Watergate scandal and the Vietnam War.

Democrats have spent months negotiating with the Biden White House to refine a broad set of proposals that amount to a point-by-point rebuke of the ways that Donald J. Trump shattered norms over the course of his presidency. The Democrats have compiled numerous bills into a package they call the Protecting Our Democracy Act.

The legislation would make it harder for presidents to offer or bestow pardons in situations that raise suspicion of corruption, refuse to respond to oversight subpoenas, spend or secretly freeze funds contrary to congressional appropriations, and fire inspectors general or retaliate against whistle-blowers, among many other changes.

The legislation’s lead sponsor, Representative Adam B. Schiff, Democrat of California, said he hoped it would receive a floor vote “this fall.”

Here’s another example of things that should not happen.  Thank goodness for courts and prosecutors!

Developing: Two longtime GOP operatives have been indicted. They allegedly helped a Russian make a campaign contribution to Trump in 2016.

One of the defendants, Jesse Benton, managed campaigns for Rand Paul and Mitch McConnell. He got a Trump pardon (for an unrelated scheme). pic.twitter.com/DWiTuJJsxa

The indictment alleges that Benton received $100,000 from the Russian national and passed on $25,000 to the joint fundraising committee, allegedly pocketing the remaining $75,000.https://t.co/gUDbrjW5Uj 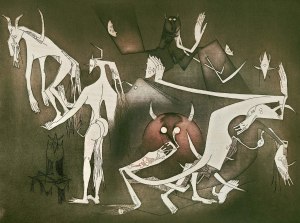 The big picture: The Justice Department alleges that Jesse Benton, 43, the husband of Paul’s niece and a veteran Republican staffer, orchestrated a scheme to conceal the illegal foreign donation with another GOP operative, Doug Wead.

The details: The indictment, unsealed on Monday, outlines allegations of a convoluted money trail from the unnamed Russian national through a consulting firm run by Benton and to a Trump joint fundraising committee.

Rebecca Shabad of NBC news provides these details: “Many of the bill’s provisions are a response to the way Donald Trump operated as president.”  So this is the type of behavior the bill addresses.

The measure would limit a president’s pardon power, require presidential candidates to be transparent with their tax records, and extend a deadline for prosecuting former presidents and vice presidents for federal crimes committed before or during their time in office, according to the group Protect Democracy, which is advocating for the measure.

It would also ensure that incoming presidents have access to resources for the transition period following an election, and would require the disclosure of contacts between the White House and the Justice Department.

“The proposals respond to longstanding vulnerabilities in our democracy that have allowed for the aggrandizement of presidential power, many of which have been exploited over decades by presidents of both parties, and some of which reached new heights through the actions of the Trump administration,” the group says on its website.

Donald Trump, for example, has refused since his campaign for president to release his tax records, repeatedly claiming that he couldn’t do so because the IRS was conducting an audit of his documents.

President Biden addresses the United Nations today and is speaking–at this writing–on Climate Change in a quite colorful language.  Here’s that part of the speech.  I can speak directly to climate change.  I’m not sure how long it will take to take care of things after Ida down here in Southe East Louisiana.  There really are some towns that may not come back.  You may thank your rising gas prices to the hurricane’s destructive path that hit Port Fouchon

Twitter is full of horror over a whip being used by a Border patrol officer on people fleeing political chaos in Haiti border patrol.  This is reported in the New York Times. “Mayorkas says he was ‘horrified’ by images of horse-mounted Border Patrol agents confronting Haitian migrants.”

Homeland Security Secretary Alejandro Mayorkas said Tuesday that he was “horrified” by images of horse-mounted Border Patrol agents attempting to grab Haitian migrants and use their animals to push them back toward Mexico and promised a “swift” investigation.

“I was horrified by what I saw,” Mayorkas said during an appearance on CNN. “I am going to let the investigation run its course, but the pictures that I observed troubled me profoundly.”

Mayorkas was responding to scenes captured by news cameras and photographers Sunday along the Rio Grande. In one instance, an agent is heard on video shouting an obscenity as a child jumps out of a horse’s path.

“One cannot weaponize a horse to aggressively attack a child,” Mayorkas said. “That is unacceptable. That is not what our policies and our training require. …Let me be quite clear: That is not acceptable.”

The stench of Trump and Steven Miller are all over the Border Patrol.  I personally feel they should all be fired and made to reapplyou.

It’s going to take a long time to deal with the aftermath of the Trump administration and its culture of grift and dismissal of the rule of law and expected protocol. I’m still amazed we’re still standing some days

So, I hope you feel better BB!  Take care of yourself!