I’m really struggling to write a post this morning. I’ve been having a powerful sense of deja vu as the Afghanistan withdrawal and the media reaction to it have played out. I had a similar helpless, despairing feeling when I realized George W. Bush was going to push us into a war in Iraq that would very likely mire us in another Vietnam-type conflict and the mainstream media was going to help him.

I didn’t think we should have gone into Afghanistan, and now Bush wanted to start a completely unnecessary war in Iraq, based on obvious lies and exaggerations. Naturally, big media was thrilled and pushed hard for the war–particularly at The New York Times. Now I’m watching helplessly as the NYT and other outlets gleefully tear down Joe Biden and in the process possibly help Republicans retake the House and Senate in 2022.

I don’t know if anyone here has been watching Lawrence O’Donnell this week on MSNBC, but I agree with his take on what’s happening in Afghanistan. On Tuesday night he talked about how people who weren’t even born yet when we withdrew from Vietnam are claiming that the Afghanistan situation is even worse. That’s insane. As O’Donnell said, “Everything about Vietnam was much worse than what has happened in Afghanistan.” It’s not even close.

“Here’s the link to O’Donnell’s commentary. I hope you’ll watch it if you didn’t see it already. He also argues that the Pentagon and military have no idea how to conduct a withdrawal after losing a war, and it would likely be chaotic no matter what we did to prepare. Also see this interview with marine captain Timothy Kudo, who served in Afghanistan.

Kudo wrote an op-ed for The New York Times that was published on Monday: I Was a Marine in Afghanistan. We Sacrificed Lives for a Lie. You really need to read the whole thing, but here’s an excerpt:

I see a report that the American Embassy will destroy its American flags to deny the Taliban a propaganda victory. I think of the star-spangled banner that flew over my old patrol base, called Habib, Arabic for “beloved.” Five men died under that flag, for what?

The hawks still circle and screech. The voices from the past 20 years who prodded us forward into battle return to the evening news to sell us on staying. “It’s not too late,” the former generals, secretaries and ambassadors say. “More troops can hold the line. Victory is just around the corner.”

But the speed of the Taliban’s advance makes clear that this outcome was always inevitable. The enemy had no reason to negotiate and no reputation for restraint. The only question before President Biden was how many American troops should die before it happened. But if leaving now was the right decision for America, it is a catastrophe for the Afghan people whom we have betrayed.

The Afghans are forced back into living under religious tyranny, an existence made all the more painful by their brief experience with freedom. Now they see the light from the far end of a dark tunnel. The school doors will close for girls, and the boys will return to their religious studies. For them, the arc of the moral universe will bend backward and break.

It’s my old unit, First Battalion, Eighth Marines, that is sent in to secure the airport in Kabul. I am jealous. I would give anything to return right now, to give what last full measure remains.

Yes, what is happening is unbearably tragic, but is it Joe Biden’s fault as the media “analysts” keep telling us? How can Biden, after 6 months in office, suddenly be responsible for 20 years of failures? It just makes no sense.

Eric Levitz at New York Magazine: The Media Is Helping Hawks Win the War Over Biden’s Withdrawal. This piece is critical of Biden’s Afghanistan policy, but even more critical of those who fought to extend the war for two decades and now want it to continue.

Biden’s failure of moral courage and contingency planning is this moment’s lesser scandal. The bigger one is the war that he is ending, which recent events have certified as an unmitigated disaster. Yet you might not know this from the many ostensibly objective news reports that have cast Biden’s troop withdrawal as the source of our nation’s “humiliation.” 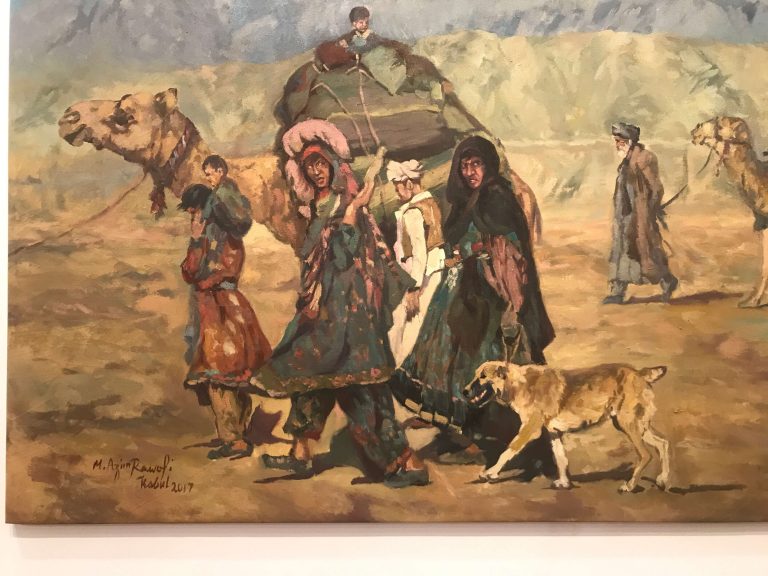 The first 20 years of America’s occupation of Afghanistan cost, by one estimate, 241,000 lives (including 2,448 U.S. troops and 71,000 civilians) and more than $2 trillion. The Taliban’s swift triumph has made it clear just how little all those deaths and dollars bought. Anyone paying attention already knew that the U.S. had engineered a kleptocracy in Kabul. But Afghan president Ashraf Ghani’s decision to flee the country with $169 million in tow, even as his government was on the cusp of reaching a cease-fire agreement with the Taliban, made our client state’s depravity newly conspicuous.

Critical observers understood that the Afghan army was a paper tiger whose true ranks were far thinner than advertised and whose loyalty to the government was rooted less in patriotism than a mercenary’s interest in gainful employment. But the fact that America had invested $80 billion into training an army that was so incapable of independent action that it could not feed itself in the absence of U.S. air support — and so disenchanted with its own government that it would forfeit its capital with little fight — was not readily apparent until now.

Those who fought to extend America’s war in Afghanistan have every incentive to divert our attention from these revelations. They would like the public to miss the forest for the trees — by mistaking Biden’s tactical errors for strategic ones. The primary lesson of the past week could be that the U.S. war in Afghanistan was a catastrophe and that those who misled the public about the Afghan army’s strength deserve little input on future policy, no matter how many stars they have on their uniforms or diplomas they have on their walls. Alternatively, if news coverage focuses exhaustively on the shortcomings of Biden’s withdrawal, while largely ignoring what our client state’s abrupt collapse tells us about our two-decade-long occupation, then the lesson of Kabul’s fall could be quite favorable for Beltway hawks: Presidents shouldn’t end wars in defiance of the military brass unless they wish to become unpopular. 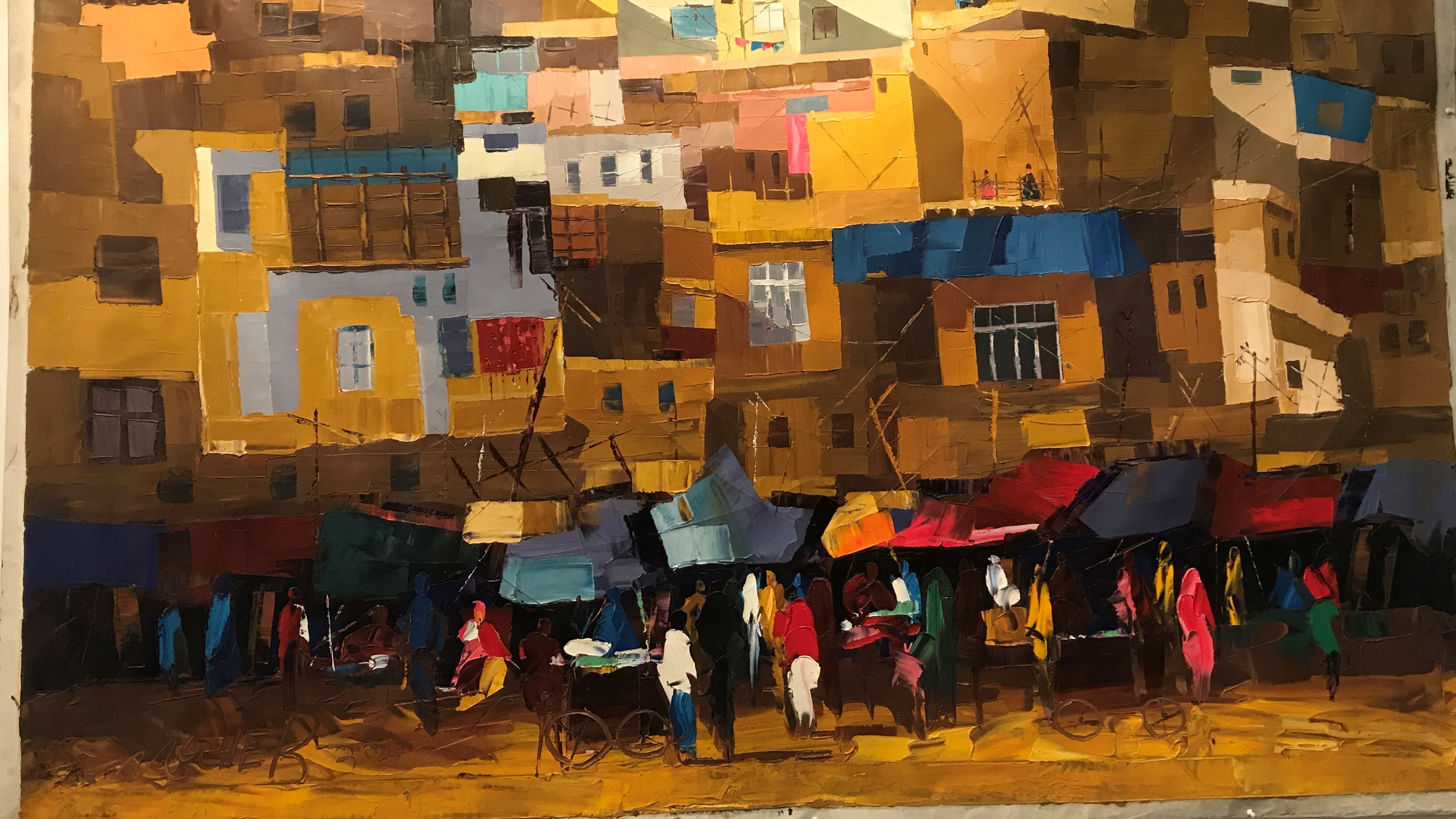 Unfortunately, we are currently hurtling toward that latter outcome. In recent days, much of the mainstream media has comported itself as the Pentagon’s Pravda. Reporters have indignantly asked the White House how it could say that America doesn’t have a vital national security interest in maintaining a military presence near Tajikistan. NBC’s Richard Engel has devoted his Twitter feed to scolding Biden for suggesting that America’s nation-building project in Afghanistan was always hopeless, and that the Kabul government was “basically a failed state.” CNN’s Jim Sciutto lamented on Twitter Wednesday, “Too many times, I’ve witnessed the US military attempt to dutifully carry out difficult & dangerous missions left to them by the miscalculations of civilian leaders.” This sentiment is disconcerting in the abstract, since it seems to suggest that civilian control of the military may be unwise. But it’s even stranger in context. As we learned just two years ago, American military leaders in Kabul systematically lied to the public about how well the war against the Taliban was going, so as to insulate their preferred foreign policy from democratic contestation.

For more context and the critique of Biden, read the whole thing at New York Magazine.

This piece is by Jed Legum, Tesnim Zekeria, and Rebecca Crosby at Popular Information: Where are the anti-war voices?

Yesterday’s newsletter detailed how the media is largely overlooking voices that supported Biden’s decision to withdraw from Afghanistan. Instead media reports are almost exclusively highlighting criticism of the withdrawal — often from people complicit in two decades of failed policy in Afghanistan.

We have reason to believe that this is not an accident. On Wednesday, Popular Information spoke to a veteran communications professional who has been trying to place prominent voices supportive of the withdrawal on television and in print. The source said that it has been next to impossible:

“I’ve been in political media for over two decades, and I have never experienced something like this before. Not only can I not get people booked on shows, but I can’t even get TV bookers who frequently book my guests to give me a call back…

I’ve fed sources to reporters, who end up not quoting the sources, but do quote multiple voices who are critical of the president and/or put the withdrawal in a negative light.

I turn on TV and watch CNN and, frankly, a lot of MSNBC shows, and they’re presenting it as if there’s not a voice out there willing to defend the president and his decision to withdraw. But I offered those very shows those voices, and the shows purposely decided to shut them out.

In so many ways this feels like Iraq and 2003 all over again. The media has coalesced around a narrative, and any threat to that narrative needs to be shut out.”

Who is on TV? As Media Matters has documented, there are plenty of former Bush administration officials criticizing the withdrawal.

Is it really about execution?

Much of the criticism of Biden’s decision to withdraw has focused on the administration’s “execution.” The critics claim the withdrawal was poorly planned, chaotic, and unnecessarily put Americans — and their Afghan allies — in danger.

Some of these claims may be true. It’s hard to know, for example, how many people have been left behind since evacuations are ongoing. But, with a few exceptions, the criticisms of Biden’s execution are being made by people who opposed withdrawal altogether.

I’m honestly depressed and disheartened by what is happening in the Afghanistan coverage. That’s about all I can say about it for now. Here are some other stories to check out today:

Salon via Raw Story: The lambda variant is ominous for what it says about the future trajectory of the pandemic

Steve Inskeep at NPR: A Mission To Give Afghans Democracy Became A Bid To Repair America’s Own.

USA Today: These 16 Republicans voted against speeding up visas for Afghans fleeing the Taliban.

Defense One: Trump’s Pledge to Exit Afghanistan Was a Ruse, His Final SecDef Says.

What else is happening? As always, this is an open thread.