Friday Reads: The party of kooks and nutters

I really was looking for something meaty to post about today but there seems to be mostly about the slide of the Republican Party into abject delusion and insanity.  Last night, on Brian Williams, I had to look twice at the sight of Rudy Guiliani basically being a hype man for the My Pillow psycho.  Guiliani evidently has a youtube channel and last night’s performance of abject fellating of a man that could help him with his legal bills was eye-opening.  I thought it resembled that old Dan Ackroyd SNL character.

This is from Newsweek: “Rudy Giuliani Features MyPillow Ads as Mike Lindell Says Donald Trump Will Be President in August’.

Rudy Giuliani, an attorney for Republican former President Donald Trump, is running advertisements for MyPillow on his YouTube show. Meanwhile, MyPillow CEO Mike Lindell has publicly said that Trump will return to the White House in August despite losing the 2020 election.

“I’m been sleeping on MyPillows for some time. I love them. They’re simply the very best pillows ever made,” Giuliani said in the most recent episode of his YouTube show, Rudy Giuliani’s Common Sense. The 53-minute episode asked whether UFOs are real, in reference to a forthcoming Pentagon report on UFOs.

Giuliani continued the ad by stating that he “just found out” that MyPillow also offers other non-pillow products. When mentioning their slippers, he brandished a pair at the camera. 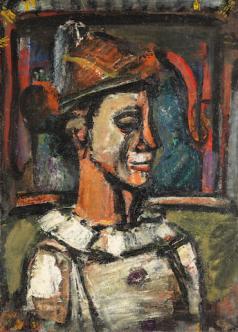 BB talked about some of this craziness yesterday.  I think he’s doing his usual signalling to the hounds of hell to give him another coup attempt in August.  This is Amanda Marcotte’s take:”How do we report on Trump’s dastardly schemes without amplifying his lies and incitement? Trump’s blog failed, so he’s inciting followers through media leaks. Does that make journalists his accomplices?”

It is likely no coincidence that right around that time, stories based on claims by anonymous sources “close to Trump” (which often means Trump himself) started to tick up. It began when New York Times reporter Maggie Haberman, a longtime outlet for Trump “leaks”, tweeted that Trump has been telling people close to him that he believes he’ll reinstated as president in August. This tweet echoed a conspiracy theory from the QAnon and Q-adjacent world, and coincided with an uptick in far-right chatter about how the American right should look to Myanmar’s February military coup for inspiration.

After Haberman’s tweet, the Washington Post strengthened this narrative with a story about how Trump is “increasingly consumed with the notion that ballot reviews pushed by his supporters around the country could prove that he won” and is peddling the idea that such “audits” — which are deliberately messy and nonsensical affairs — “could result in his return to the White House this year.” The Daily Beast confirmed that “the ex-president had begun increasingly quizzing confidants about a potential August return to power.” This reporting gave Fox News all the excuse they needed to amplify the message. Even though that came in the form of Lara Trump, his daughter-in-law, denying the reporting, the end result was another round of news stories reinforcing the basic concepts: August is the month. A violent coup. Trump’s miraculous reinstatement.

This is entirely too similar to the way Trump got the message out to his followers to stage a revolt on Jan. 6, through winking and nudging. So far, the big difference is that no exact date and location, as far as I can tell, has been established for a MAGA uprising.

As much as liberals resist the idea that Trump has any wits at all, what he’s doing is not exactly mysterious. He wants to get this particular message out, vaguely claiming that a glorious revolution will restore him to power later this year, and he’s using the mainstream press to do it. To make things worse, he’s exploiting the liberal desire to point at him and laugh to spread the message further. Every time a liberal shares one of these stories and calls Trump and his followers “delusional” for thinking that some extra-constitutional return to power is possible, they help spread the word — while also reminding Trump supporters how “owned” liberals would be if there really were a “storm” that swept Trump back into the White House in August.

Is it to avoid this too?

"My father gets subpoena after subpoena. We do as a family." https://t.co/mULItz7JQ5

But the nutter parade continues with the ever-shrinking numbers of screeching, hateful, white nationalist evangelical Christians.  This is good news.  Their numbers are shrinking.  This is from NPR: “How Is The GOP Adjusting To A Less Religious America?” My days in that party got limited the minute they come in riding the tails of Ronnie Raygun and Pat Rob’em all Robertson.  Talk about another grift operation.  No wonder they grabbed onto Mister Two Corinthians.

In fact, the U.S. recently passed a religious milestone: For the first time, a majority of Americans are not church members, Gallup found this spring.

Over the last decade, the share of Republicans who are church members fell from 75% to 65%, according to Gallup. That’s a solid majority but also a sizable fall.

The key bloc of white evangelicals is also shrinking as a share of the population, while the share of religiously unaffiliated Americans grows.

This makes religion one key part of a looming, long-term demographic challenge for Republicans, says Whit Ayres, a Republican pollster.

The upshot, to Ayres, is that a party still deeply entwined with conservative Christianity and, particularly, white evangelicals will eventually have to win over more Christian conservatives — for example, among the growing Hispanic electorate — or make gains among substantially less-religious groups, like young voters.

Already, they’re directly inserting themselves in the Israeli ousting of Bibi. This is from All Israel News. “Will Christians support new Israeli government? Many will. But one prominent Evangelical has declared war on Naftali Bennett, sent scathing letter denouncing him with profanity – ‘I will fight you every step of the way'”.  They just can’t seem to stick to clothing and feeding the poor and homeless.

The apparently imminent demise of the Netanyahu government is coming as a shock to the 60 million pro-Israel Evangelical Christians in the United States.

In recent days, I have received many concerned emails and text messages from Evangelical leaders asking me what is happening, why, and what the implications of this political earthquake are likely to be.

By and large, Evangelicals have come to love and respect Prime Minister Benjamin Netanyahu, the longest serving premier in the history of modern Israel.

By contrast, most have never heard of Naftali Bennett, the right-wing former chief of staff to Netanyahu and former defense minister in Netanyahu’s Cabinet, who now appears poised to replace Netanyahu as the nation’s next prime minister.

Most have not heard of Yair Lapid, the centrist former finance minister and incoming foreign minister, either.

But they will soon.

To be clear, it is far too early to be sure that Bennett and Lapid and their colleagues will actually be sworn into office.

They have many opponents, who are working feverishly to derail their nascent new government.

But if they do come to power, one key question is whether Bennett and Lapid can quickly build relationships and trust with American Evangelicals – and Evangelicals worldwide – who are among the most important strategic allies that the State of Israel has.

There’s also one less congregation in Tennessee.  This former California TV star–who I never heard of–and his now late wife preached fat people could not get into heaven because of the sin of gluttony.  Their schtick was a diet.  I think if you see the pictures you’ll see this poor woman had body dysmorphia.   These kinds of things really confuse me.  Guess where they were going?

REVEALED: Plane carrying Tarzan star Joe Lara and five others 'was en route to MAGA rally' when it crashed https://t.co/0ZuzQqiEkO

You have to wonder what the discussions these days are between George and brother Jeb Bush on this. From WAPO: “George P. Bush is running for attorney general in Texas — and courting Trump.”  Trump was brutal during the first primary and “low energy Jeb” took a lot of hits.

George P. Bush’s campaign video does not mention the Republican political dynasty that preceded him. Not his father, the former governor of Florida. Nor his uncle, the 43rd president of the United States. Nor his grandfather, the 41st.

The video does pay homage to former president Donald Trump.

“Under the leadership of President Trump our country was strong and vibrant again, but because of the failed leadership of liberal ideas, our country is suffering,” said George P. Bush, who this week launched a 2022 bid to become Texas attorney general. The state land commissioner is channeling and courting Trump despite the 45th president’s past attacks on elder members of the Bush family — a sign of Trump’s still-strong hold on a transformed GOP.

Scholars of Texas politics said the Bush name can still be a plus in the state, but also saw Trump’s endorsement as a big prize in the GOP primary for attorney general, where George P. Bush will face incumbent Attorney General Ken Paxton. Paxton is staunchly pro-Trump and last year.

Okay, enough of this!  Hopefully, you’ll see me on Monday with something newsy and less sleazy!  Have a great weekend!  I’m still feral but going to get my eyes checked this afternoon.  My post-vaccine life means catching up with doctor appointments, etc.  Have you dressed up and gone out into civil society yet?

Oh, wait, one more idiot before I go.

Ok Donald Trump Jr selling birthday greetings for $500 a pop is one of the saddest and most hilariously unexpected outcomes of our prior four years of Hell.

Seriously? $19.99 for a DM? This is hilariously pathetic. pic.twitter.com/fHd8tu9kKi

Evidently, you pay $19.99 to Direct Message him and he may or may not answer.   Cocaine is a helluva drug.  It’s also not cheap and neither are lawyers.  So, we’ve got the grift going.  Enjoy the laugh!

And now, not going down the “Send in the Clowns” road!

5 Comments on “Friday Reads: The party of kooks and nutters”