The Matt Gaetz scandal keeps getting worse. It appears that his pal Joel Greenberg–who is already in deep trouble–is in the process of throwing Gaetz under the bus. I admit, I’m really enjoying watching this Trumpist creep go down in flames. Here’s the latest:

This is from the Daily Mail, so take it with a grain of salt:

Rep Matt Gaetz is expected to be indicted within the next few weeks as former Florida official and friend Joel Greenberg is believed to have turned on the congressman in the sex trafficking investigation against him, a source close to the probe tells DailyMail.com.

Greenberg, who was elected Seminole County Tax Collector in 2016, is currently in jail awaiting trial after being slapped with a string of charges last year including sex trafficking a minor between the age of 14 and 17.

Earlier this week Gaetz was revealed to be under investigation for allegedly engaging in a sexual relationship with a 17-year-old – who on Thursday was reported to be the same girl Greenberg is accused of sex trafficking, according to The New York Times.

The Florida Republican, 38, has furiously denied the allegations, instead insisting they are part of an alleged $25million extortion plot led by former Justice Department official David McGee.

But sources familiar with the matter say Gaetz’s claims are just an attempt to divert attention from his connection to the Greenberg case as the investigation closes in on him.

‘The congressman impugned and damaged the reputation of someone who had nothing to do with this,’ the source told DailyMail.com.

‘Gaetz is a sleaze-bag who used a professional with a sterling reputation to divert the attention on a sex investigation focused on him.

‘Rest assured that Greenberg has been singing to the feds about his friend Matt Gaetz. That’s why Matt is so freaked out,’ the source added.

Gaetz’s arrest is said to be imminent after the alleged victim, who has not been named, testified before a Florida grand jury this week saying she had sex with the conservative Republican before she turned 18, DailyMail.com has learned.

From The Daily Beast, background on Joel Greenberg: The Strange Friendship That May Bring Down Matt Gaetz.

As The Daily Beast reported on Friday, it was text messages about Gaetz and Greenberg’s off-hours trips to a government office that alerted investigators to the congressman’s involvement in alleged crimes—and eventually led them to what they determined to be a criminal sex ring….

Like Gaetz, Greenberg is the son of a wealthy local businessman. Dr. Andrew Greenberg co-founded a dental company with 92 offices across the state. Joel, who holds a stake in that company, went on to establish his own advertising agency, DG3. For a time, he also hosted “The Joel Greenberg Show,” a sports-themed talk radio show on WRSO 810 AM. He sold the ad company in 2015 and ran the next year for Seminole County tax collector, defeating the 78-year-old who had held the office since 1988.

Once in office, Greenberg immediately took outlandish steps for what should have been a low-profile and boring job. He moved the agency out of its rent-free government offices. He hired his friends. He handed out questionable contracts to longtime associates. He used his tax collector “badge” to pose as law enforcement and pull over a speeder. He even tried to get some tax employees to carry guns.

But it was another type of alleged abuse of power that would eventually rope in his friend, Matt Gaetz.

Greenberg, whose government agency was tasked with shredding expired drivers licenses, was illegally creating fake IDs, according to investigators. And Gaetz was with him when the pair was caught on surveillance footage visiting the Lake Mary branch of the tax collector’s office on a weekend in April 2018, according to several people with knowledge of the incident.

There are many more details about these two frat boy creeps at the link above. 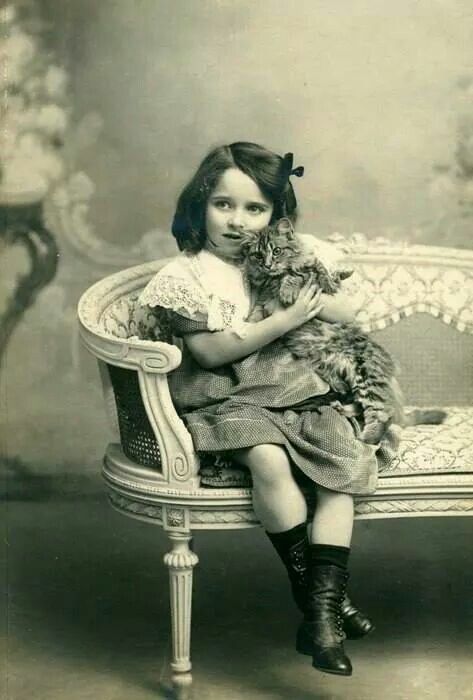 “New Day” anchor John Avlon observed that Republicans are hardly rallying to defend the Donald Trump sycophant, who is under investigation for alleged sexual misconduct with a 17-year-old girl. Gaetz denies the allegations.

“If you could see my text messages from some of his current and former colleagues, I actually can’t repeat what some of them say on morning television,” claimed Bash.

“It’s because he has not made himself popular with most of his colleagues,” she continued. “Again, we’re talking about his fellow Republicans, John. We’re talking about people who he has antagonized in the name of being … as beholden and as loyal to the former president, Donald Trump, as possible. In the name of being on conservative media, being on Fox News. Being the darling of that.”

In the days following revelations about the federal investigation into Rep. Matt Gaetz’s alleged sexual relationship with a 17-year-old girl, advisers to Donald Trump have consistently offered him a simple message: Please, please keep your mouth shut.

According to two people familiar with the matter, the twice-impeached former president has closely been monitoring the scandal engulfing one of his favorite allies on Capitol Hill. The ex-president has, in his typical fashion, casually quizzed several confidants about what they think of the situation and if there’s anything that he should do about it.

But multiple people close to Trump have flatly advised him to stay out of it—refrain from publicly defending Gaetz, they are telling him, at least for the time being.

The two sources said that, in all of the conversations they’re aware of, Trump has appeared to ultimately agree with the recommendations to keep quiet. One of the sources added that the former president has lamented that the whole thing seems “really bad” for Gaetz, while also mentioning that the allegations could be a “smear” against the Trump uber-loyalist.

From Arwa Mahdawi at The Guardian:  The sleazy Matt Gaetz saga grows ever more disturbing. 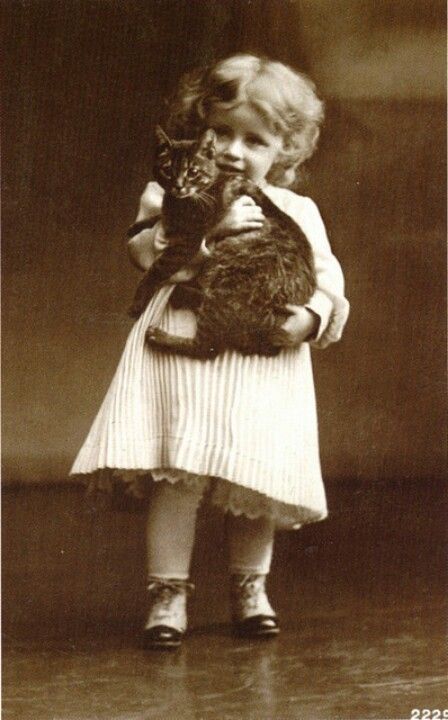 The Matt Gaetz story increasingly reads like a script written by a pervert high on a cocktail of ADHD meds and MDMA. Even if you’ve been following the scandal-prone Republican congressman’s latest controversy closely it’s hard to keep track of what on earth is happening….

While the allegations against Gaetz are still being investigated, it’s worth noting that Gaetz has faced accusations of disturbing sexual conduct before. In January 2020 Chris Latvala, a Republican congressman, tweeted that Gaetz “created a game where members of the FL House got ‘points’ for sleeping with aides, interns, lobbyists, and married legislators”. Gaetz also reportedly bragged of his sexual exploits and showed other lawmakers nude photos of women he’d slept with. According to CNN, he showed his colleagues these photos while he was at work. Gaetz, by the way, was also the only lawmaker to vote against a bipartisan anti human-trafficking bill. A number of his colleagues have also spoken out about “love of alcohol and illegal drugs, as well as his proclivity for younger women”.

I don’t know exactly what Gaetz has or hasn’t done, but I do know he’s spent his career reveling in scandal rather than actually doing his job. He even joked with Elon Musk last week about how a scandal involving him would be called GaetzGate. The fact that this guy is a sitting member of Congress boggles the mind. It shows just how low we set the bar for our (male) politicians.

The Washington Post: Gaetz is said to have boasted of his ‘access to women’ provided by friend charged in sex-trafficking case.

Rep. Matt Gaetz repeatedly boasted to people involved in Florida politics about women he met through a county tax collector who has since been charged by federal authorities with sex trafficking of a minor, according to two people who heard his comments directly.

They said the Republican congressman, first elected in 2016, also showed them videos on his phone of naked or topless women on multiple occasions, including at parties with Joel Greenberg, the former tax collector for Seminole County. The women appeared to be adults, and could be seen dancing, hanging out by a pool and, in one case, using a hula hoop without clothing, the people said.

“Matt was never shy about talking about his relationship to Joel and the access to women that Joel provided him,” said one of these people who, like others, spoke on the condition of anonymity to be candid. “What these videos implied was that there was something of a sexual nature going on with everyone.” [….]

Federal law enforcement officials suspect that Greenberg procured a number of women for Gaetz and are exploring whether they sometimes shared sexual partners, including at least one girl who was 17 years old at the time of the alleged encounter, a person familiar with the matter said.

In addition to the charge of child sex trafficking, Greenberg faces a host of other allegations. He has pleaded not guilty and is scheduled to go on trial this summer. His attorney declined to comment.

Gaetz is suspected of patronizing websites that allow men to set up dates with women in exchange for dinners or hotel stays, a person familiar with the matter said. It is not a crime to use such services unless money is exchanged explicitly for sex. Investigators have obtained witness testimony and other evidence suggesting Gaetz did so, a person familiar with the matter said. Some of that evidence was first reported by the New York Times.

Investigators also are exploring allegations that Gaetz and others used illegal drugs during some of their encounters with women, a person familiar with the matter said.

More news stories to check out:

Yahoo News: The website for finding ‘sugar babies’ that Matt Gaetz allegedly met women through was founded by an MIT grad who says ‘love is a concept invented by poor people.’

David Graham at The Atlantic: Only Congress Could Give Us a Matt Gaetz.

The Intercept: Soldier Says She Was Sexually Assaulted by 22 Troops at Oklahoma Base.

The Atlantic: The Threat That COVID-19 Poses Now. After a year of waves and surges, the pandemic is entering a “tornado” phase in America.

The Washington Post: HP, Dow, Under Armour among nearly 200 companies speaking out against voting law changes in Texas, other states.

The New York Times: Suspect in Capitol attack appears to have been a follower of Louis Farrakhan.

That’s it for me. What’s on your mind today?