Solstice Monday Reads: It is the Dawning of the Age of Aquarius 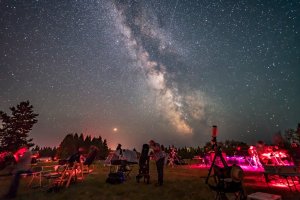 The heavens will be putting on quite a show on Monday.Credit…VW Pics/Universal Images Group, via Getty Images

Looking up at the stars in amazement is perhaps one of the most basic things we do as a species. It’s been a very human obsession throughout our history.

Entire religions were built to explain the goings on above our planet.  It is why I am so excited about this Winter solstice and the Great alignment that forms the first winter star in 800 years.  It was the alignment celebrated in the 1968 musical hair. Many folks see it as a Christmas Star.  I see it as Galileo’s gift to Western Civilization. He first saw and named Saturn’s moons and Jupiter’s rings.   He saw the sky for what it is.

There are all kinds of ways to observe this tonight and the best time is right around dusk and shortly thereafter in the Northern hemisphere.  There will also be webcasts from all kinds of observatories of ‘the Great Conjunction.’  Many Observatories will be live casting the appearance of the Winter Star.

Skywatchers, you're in for a once-in-a-lifetime treat! Jupiter & Saturn are doing a planetary dance that will result in the Great Conjunction on Dec 21, just after sunset. Find out:

🤩 When and where to look up
📷 How to photograph the conjunction

There will be quite a show in tonight’s sky. From The NYT: “A Winter Solstice, a Meteor Shower, Jupiter and Saturn Walk Into Your Night Sky” This is a wonderful night for all kinds of astronomers from kids to the folks at National Observatories every where.

So now, with only 10 short days to go before the year comes to a conclusion that many people will relish, we will be treated to no fewer than three astronomical occurrences on the same day: a great alignment of our solar system’s largest planets, the winter solstice and a meteor shower at its peak.

Again, this will be the first visible double planet in 800 years.

Jupiter currently appears brighter than any star in the sky. Saturn is slightly dimmer, but still just as bright as the brightest stars, with a recognizable golden glow.

Saturn will appear slightly above and to the left of Jupiter, and will even look as close to the planet as some of its own moons, visible with binoculars or a telescope. Unlike stars, which twinkle, both planets will hold consistent brightness, easy to find on clear nights.

“You can imagine the solar system to be a racetrack, with each of the planets as a runner in their own lane and the Earth toward the center of the stadium,” said Henry Throop, an astronomer in the Planetary Science Division at NASA Headquarters. “From our vantage point, we’ll be able to be to see Jupiter on the inside lane, approaching Saturn all month and finally overtaking it on December 21.”

And while peace, harmony, and understanding would be a nice thing for the New Year, I happen to agree with author Tom Nichols on this.   Nichols says this at The Atlantic: “Engaging With Trump’s Die-Hard Supporters Isn’t Productive.  The loyalists who still cling to conspiracy theories should be deprived of the attention they seek.”

President-elect Joe Biden made national unity a centerpiece of his campaign, and no patriotic American who wants to repair the damage of the Donald Trump years can argue with such a noble call. The election is over, and we can now undertake the tasks Trump neglected, including fighting the coronavirus pandemic and restoring our alliances. But millions of Americans are not ready to declare that bygones are bygones and engage the loyal Trump supporters they might still find among their neighbors, friends, or families.

They are not wrong to feel this way.

That may sound like a profoundly un-civic, even un-American, stance. After all, Democrats, independents, and what’s left of the last few sensible Republicans should not stop trying to solve problems together. To cease all political communication would not only be foolish, but our system of government does not allow it. Even in the minority, a party can help or hinder the process of governing.

Nonetheless, ordinary people worn out by the dramas and lies of the past four years have a right to refuse to take Trump’s most enthusiastic supporters seriously. To reject further debate with people whose views are completely incoherent is not only understandable, but sensible. 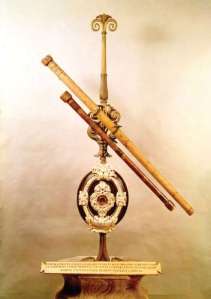 So, we get another $600 which doesn’t even cover my meager house payment for a month.  Trump is claiming credit for it!  Let him.  He has no clue what a pittance that is to really sick and hurting Americans.  Republicans in the Congress argue that all we do with that is just use it as an excuse to not get out there and work!

But what Trump actually sought and got was this:

White House secures ‘three martini lunch’ tax deduction in draft of coronavirus relief package  —  President Trump has long seized on the tax break as a way to revive the restaurant industry.  But economists have panned it as ineffective and largely benefitting the wealthy.

And now he’s mulling this

Trump Is Already Wondering What Airport Will Bear His Name  —  The president has been asking aides and advisers what the process is for getting an airport named after him—another sign his mind is drifting to a post-presidency.  —  In the dying days of his presidency, Donald Trump has taken

Trump wants Supreme Court to overturn Pa. election results  —  WASHINGTON (AP) — Undeterred by dismissals and admonitions from judges, President Donald Trump’s campaign continued with its unprecedented efforts to overturn the results of the Nov 3. election Sunday, saying it had filed a new petition with the Supreme Court.

Meanwhile, I’m kinding hoping that the stars lining up means we will get the epic change we need which is traditionally the way astrology views these kinds of things.

However, given this is my astrological forecast for the month, who cares?

scorpio: Scorpio is a natural homebody, but nine months in isolation is a lot, even for you. Since you’ve been moving around so much less lately, you may have put on a few pounds around your midsection, or all over your body. Don’t fret, dear Scorpio. Now that Venus has entered your Fifth House of It Doesn’t Even Matter Anymore, no one is likely to notice.

Yes, that was some levity.  No matter how many times I hear the Great Conjunction projected as a Christmas star which drives me nuts I still am excited about the science.  I mean can they stop ruining everything for us just once?  We already have another plague!  Let’s try not to repeat the entire dark ages again, mmmkay?

So, I broke down and cried yesterday after I spoke with my bestie from jr high and high school. I spent a long time at her house teaching her how to play guitar so we could be perform as a duet of folksingers.  She definitely had the Garfunkel voice.  I hadn’t heard her talk about her mom and dad for awhile but she finally confided that they both were in a care center in Omaha which is in one of the states shorted on vaccines by the Trumpist Regime.  They’re both around 90.  She’s in memory care. He’s still okay but has been getting pneumonia a lot the last few years.  He’s a Korean War Veteran and he used to work for the Phone Company.  They moved to Omaha from North Dakota where their families still farm.

They are one floor away from each other.  Separated.  He’s afraid he’s going to die soon.  She’s in a timeless space like my mother was at one point.  They can’t even see each other.

Meanwhile, I saw that Senator Rubio get his vaccine yesterday.  At least he wasn’t piously spouting Bible verses that he ignores living by daily on that tweet.  Why can’t our nurses and doctors and caregivers and the elderly receive whatever share is going to the Congressman from Yahoo, No Where Land?  Aren’t politicians supposed to be easily replaced in our democracy?

I was crying and cussing at the same time.  You can ask BB because I called her right after I held it together for my friend.  I haven’t heard if Doctor Daughter got hers.  It’s supposed to happen this week. She’s in charge of seeing the masks and protective gear get to the highest need nurses. They’re rationed. Still and yet again.  I still haven’t heard from my daughter of heart who is the bestie of my youngest daughter and is once again swamped in the ICU for Covid 19 patients in Denver as an ICU nurse. But hey, at least I can live hopeful knowing three martini lunches are subsidized again and Rubio got his vaccine so he’ll be safely stealing from the poor again shortly.  Right?

Maybe we can hope for the Age of Aquarius but I doubt it’s coming any time soon.  Just be there for each other when you can and how you can! Let this be a season of light and love!

May happiness and peace and understanding surround us all!    Look up to the sky and let it speak to you and don’t let any one else define the experience for you.  Make it your star!

29 Comments on “Solstice Monday Reads: It is the Dawning of the Age of Aquarius”