Monday Reads: And so it Begins … Fear and Loathing in the US

This week will probably be one of the strangest we’ve ever had in the country especially during our long cherished democratic and patriotic duty of voting and counting the votes.  Most of us had to wait a long time to get our demographic to the polls but now we got it we gotta use it!

In one of the strangest and unexpected moves of this presidency, we find the Trump building non scalable walls around the White House.  What kind of President has to do that?  Via CNN and Paul LeBlanc: “Federal authorities expected to erect ‘non-scalable’ fence around White House”.  Not even Nixon got that paranoid!

Federal authorities are expected to put back into place a “non-scalable” fence around the entire perimeter of the White House on Monday as law enforcement and other agencies prepare for possible protests surrounding the election, a source with knowledge of the matter confirmed to CNN.

The fence, the same type that was put up during protests this summer, will encompass the Ellipse and Lafayette Square. It will go down 15th Street to Constitution Avenue and then over to 17th Street. The fence will then run up to H Street and across by Lafayette, and then come down 15th Street, the source said.

NBC News was first to report the new fencing. A Secret Service spokeswoman declined to comment to CNN, saying the agency does not comment on security measures.

The extra layer of security marks the most high-profile example to date of authorities preparing for unrest following this year’s election, particularly if there is no clear winner come November 4.

Meanwhile, a Trumpist Rally in Georgia ended in the same clusterfuck as the ones in Omaha, Florida, Pennsylvania, and now Georgia!

Hours after the President departed for Florida, this was the scene in Georgia as people were left for hours waiting for buses to take them to their cars: pic.twitter.com/rx34hXSR2U

Both campaigns seriously have Georgia on their minds! I can’t imagine this is going to make any one very happy even if you’re a part of the death cult.

“The Polling” by William Hogarth (1755), scene 3 in his Humours of an Election series. While Hogarth’s goal is to mercilessly satire English politics, his painting also hints at the festive atmosphere of an actual 18th century Election Day. Credit: Sir John Soane’s Museum / The Yorck Project / Wikipedia.

Any one who has worked campaigns or been a candidate knows that yard signs basically disappear fast for a variety of reasons.  My opponents husband was out daily taking down little yard signs and big road signs as fast as my wonderful team from the Firefighter’s union could put them up.  It’s maddening; but this is the first I’ve heard of this, but I have to consider it’s Topeka, Kansas. “Man thought people were stealing Donald Trump signs; three shot”.

Police weren’t specifying who was thought to have shot whom or revealing the names, ages or genders of those who were wounded.

Officers responded about 11 p.m. to the scene in the 1300 block of N.W. Eugene, from which one person was taken by ambulance to a hospital with gunshot wounds that were considered potentially life-threatening, said police Lt. Joe Perry.

Eugene, which runs north and south, is located about a block west of N.W. Topeka Boulevard in the area involved.

Two other people later sought hospital treatment in Topeka after arriving by private vehicle after suffering from gunshot wounds, Perry said. The seriousness of their injuries wasn’t clear.

The names, ages and genders of those wounded weren’t available Sunday morning. 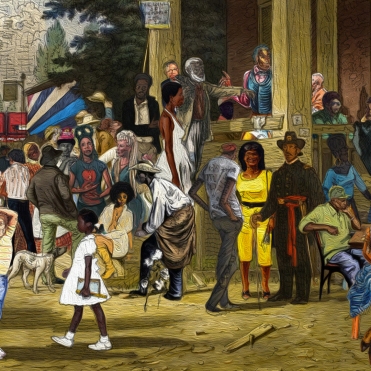 Meanwhile, armed hooligans in pickup trucks continue to terrorize their neighbors in cities throughout the country.  Yesterday, groups of them stopped traffic on the Andrew Cuomo bridge in both NJ and NYC.  Also, we learn that group in Richmond, Va circled like fucked up hick in hick up fucks around a confederate monument.  This is basically the KKK trying to scare voters off.  This is from the Richmond Times Dispatch: “Witnesses describe clash at Lee Circle between caravan of Trump supporters and a crowd of opponents.”

Tempers flared Sunday as a “Trump train” of cars tried to pass Lee Circle along Monument Avenue and clashed with opposing protesters, drawing a police presence that blocked off the area to traffic.

Witnesses said gunshots were fired during the encounter on Sunday afternoon two days before the presidential election, and one man showed a reporter a bullet hole in his car where it was parked on Monument Avenue near Lee Circle, which has been the site of racial justice protests for several months.

Several other witnesses said one or more of the supporters of President Donald Trump in the train of cars was spraying chemical irritants at an opposing crowd that was trying to block the cars from passing. One man said he narrowly avoided being run over by jumping onto the hood of a car. Another man said he ducked just in time as someone fired a gun at him from a truck, after someone else had pulled a Trump flag off one of the vehicles.

Richmond police said a woman reported at 4:18 p.m. that she had been pepper-sprayed by someone from one of the vehicles. A few minutes later, officers responded to Lee Circle to investigate a report of an unoccupied vehicle that had been struck once by gunfire. 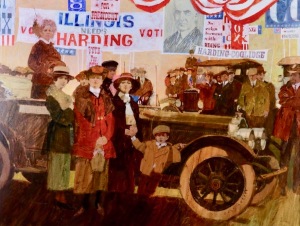 President Trump has failed the test of leadership. His bid for reelection is foundering. And his only solution has been to launch an all-out, multimillion-dollar effort to disenfranchise voters — first by seeking to block state laws to ease voting during the pandemic, and now, in the final stages of the campaign, by challenging the ballots of individual voters unlikely to support him.

This is as un-American as it gets. It returns the Republican Party to the bad old days of “voter suppression” that landed it under a court order to stop such tactics — an order lifted before this election. It puts the party on the wrong side of demographic changes in this country that threaten to make the GOP a permanent minority.

These are painful words for me to write. I spent four decades in the Republican trenches, representing GOP presidential and congressional campaigns, working on Election Day operations, recounts, redistricting and other issues, including trying to lift the consent decree.

Nearly every Election Day since 1984 I’ve worked with Republican poll watchers, observers and lawyers to record and litigate any fraud or election irregularities discovered.

The truth is that over all those years Republicans found only isolated incidents of fraud. Proof of systematic fraud has become the Loch Ness Monster of the Republican Party. People have spent a lot of time looking for it, but it doesn’t exist.

As he confronts losing, Trump has devoted his campaign and the Republican Party to this myth of voter fraud. Absent being able to articulate a cogent plan for a second term or find an attack against Joe Biden that will stick, disenfranchising enough voters has become key to his reelection strategy. 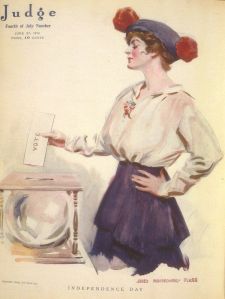 Here’s something new from the Plum Line and Greg Sargent: “Trump just revealed his plot to steal the election. Here’s a way to stop him.”

President Trump has revealed his endgame in all its corrupt glory. If Trump is on track to losing once all the votes are counted, he will seek to invalidate as many ballots as possible, while asserting that counting outstanding ballots constitutes an effort to steal the election from him.

In reality, of course, it’s that very act — trying to thwart the full counting of ballots — which would actually constitute an effort to steal the election.

To be clear: Trump will declare that the election is being stolen from him to justify trying to steal it himself.

But this plot constitutes a bet on massive institutional failure by the news media to render that basic situation with total clarity. So I’d like to suggest how the media might avoid such a disastrous outcome.

First, an aside: Saying Trump has a plot to steal the election doesn’t mean he can’t win. Trump still can win, if there’s a very large polling error, or if he hangs on in Pennsylvania, where Joe Biden’s lead is not overwhelmingly solid, which opens up an inside path.

However, Trump himself has a contingency plan to steal the election if he is set to lose once all the votes are counted. It’s to prevent all the votes from getting counted.

I’m just glad there are some very clever lawyers watching what this snake in the grass does.  I only hope that state level law enforcement does the same.

So many questions. 1. Why is a Trump caravan driving through a Black neighborhood near a polling station? Smells like voter intimidation. 2. Why are police escorting them, like they’re some sort of dignitaries? https://t.co/KcUL5WpbVs

So, I will get up to vote tomorrow.  Wait for my farmer’s box to be delivered from the Farmer’s Market.  Teach four hours.  Then,  I’m headed across the street to watch the returns with my neighbor Nancy.  We will run a blog in the evening.  Hopefully, my internet will hold because it’s been very dicey the last 5 or 6 days.  I guess all cell phone towers here are being powered by generators and the local cable company has a lot of infrastructure damage.  I think they got the city up and running and that voting places are up except for 3 which the city will power on generators.  I vote at the fire station on the corner and its proximity is basically why I got my power back so quickly even though everything else is still hinky.

We can get through this.  I want us to do it together.  We are a community who cares and we are kind.

Georgia Please go blue!!!!!  Get out there and vote my Georgia brothers and sisters and neighbors!!!  Also a shout out to North Carolina!  Texas and Arizona!  Get us all out of this mess!!!

36 Comments on “Monday Reads: And so it Begins … Fear and Loathing in the US”