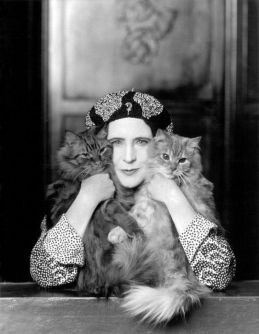 The election is just 23 days away, and Trump is desperate. It’s difficult for Democrats traumatized by the 2016 horror to trust the polls, but things really are looking bad for the Covid-weakened orange lunatic.

A series of setbacks for President Donald Trump has left some Republican operatives and donors fearing that the race for the White House is slipping away and proposing that the party shift focus to protecting seats in Congress.

Vulnerable GOP candidates are currently tethered to an unpopular president, fighting for survival against a potential blue wave after Trump’s widely panned performance in the first debate, his coronavirus diagnosis and his erratic behavior on economic stimulus talks.

“The president has had possibly the worst two-week stretch that a candidate could have going into the final month of an election,” Ken Spain, a Republican strategist, said.

Sailor on board the HMAS Melbourne holding two ship’s cats, 1917I

Spain, who worked for the party’s House election arm during Barack Obama’s blowout 7 percentage point first presidential victory, said he sees “echoes of 2008” in the current landscape, with growing chances of a tsunami that drowns congressional Republican candidates.

“In 2016, the president was a buoy. In 2020, he’s more of an anchor. There’s no question there are going to be losses down the ballot,” he said. “Six months ago, Republicans were hoping that we would be talking about Senate races in Colorado, Arizona and Maine. Instead, there’s concern about the potential outcomes in states like South Carolina, Georgia and Kansas.”

For Republicans, fearful of a possible electoral disaster just weeks away, it has become safe at last to diss Donald Trump — or at least to distance themselves from him in unmistakably purposeful ways.

A barrage of barbed comments in recent days shows how markedly the calculus of fear has shifted in the GOP. For much of the past four years, Republican politicians were scared above all about incurring the wrath of the president and his supporters with any stray gesture or remark that he might regard as not sufficiently deferential. Now, several of them are evidently more scared of not being viewed by voters as sufficiently independent.

* Sen. Ted Cruz of Texas acknowledging in a Friday interview with CNBC’s “Squawk Box” that he’s “worried” about the election, which he warned could be a “bloodbath of Watergate proportions” for his party, depending on how voters view the pandemic and economy on Election Day.

* Senate Majority Leader Mitch McConnell telling reporters Thursday he has not been to the White House in more than two months, since Aug. 6, because he doesn’t have confidence that Trump and his team are practicing good coronavirus hygiene. McConnell said, “my impression was their approach to how to handle this was different than mine and what I insisted that we do in the Senate, which is to wear a mask and practice social distancing.”

* Sen. Thom Tillis, in a perilous fight for reelection in North Carolina, telling POLITICO in an interview that one reason to vote for him is to help Republicans keep their Senate majority as “the best check on a Biden presidency.”

* Sen. Martha McSally, running behind in her bid to keep her Arizona seat, refusing to say at a debate with challenger Mark Kelly — despite being pressed repeatedly by the moderator — whether she is proud of being a backer of Trump. “Well, I’m proud that I’m fighting for Arizonans on things like cutting your taxes … ” she filibustered.

* Sen. John Cornyn, still ahead in polls but facing a tougher-than-usual race in Texas, told the Houston Chronicle that Trump did not practice “self-discipline” in combating the coronavirus, and that his efforts to signal prematurely that the pandemic is receding are creating “confusion” with the public. Trump got “out over his skis,” Cornyn said.

Meanwhile, Trump will resume his superspreader events today, even though we have no way of knowing whether Trump is still contagious, because the White House will not provide results of any recent tests or the date of his last negative test before contracting the coronavirus. 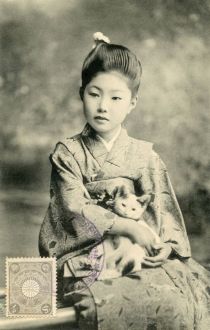 The Washington Post: Trump will speak at a public event at the White House; it is not clear if he’s still contagious with coronavirus.

The afternoon event — scheduled to feature Trump speaking from a balcony to a crowd of supporters on the South Lawn — has already caused concern among some officials in the White House, which has been rocked by an outbreak of the deadly disease, according to administration officials who, like others, spoke on the condition of anonymity to discuss internal plans.

But Trump has brushed aside his advisers’ calls for caution, instead embracing a political strategy built on playing down the virus and using his own battle with it to argue that the nation has already overcome the pandemic.

“People are going to get immediately better like I did. I mean, I feel better now than I did two weeks ago. It’s crazy,” Trump told Rush Limbaugh on his talk radio show Friday, a day when more than 850 Americans died of the coronavirus. “And I recovered immediately, almost immediately. I might not have recovered at all from covid.”

Trump’s campaign announced that he would lead a rally in Florida on Monday at an airport hangar, similar to the events he had been doing before his diagnosis. There was no indication that extra safety precautions would be in place or that social distancing would be encouraged.

“All attendees will be given a temperature check, masks which they are encouraged to wear and access to hand sanitizer,” the campaign said, using language similar to previous announcements before events where few attendees wore masks.

And, get this: the rally will be in Sanford, FL! Will George Zimmerman be invited?

Results are still coming in from Trump’s previous superspreader events.

One of them remains in an intensive care unit.

Doug Schultz, a Minnesota Department of Health spokesman, said in an email that the department cannot say definitively that the infections were acquired at the rally, due to widespread community transmission of the disease — “only that they attended the rally during the time when they were likely to have been exposed to the virus that made them ill (i.e. 14 days prior to illness onset).”

At least one person was likely infectious while at the rally, the department said.

Two other people who contracted the virus reported attending a protest in response to the rally.

The Washington Post: Two students and a teacher at school attended by Barrett children test positive for coronavirus. 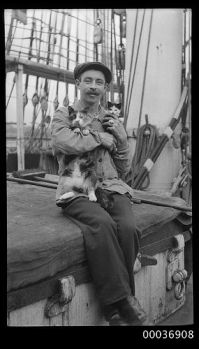 Seaman with a cat and kitten, c 1910, Australian Maritime Museum

A private school in South Bend, Ind., attended by some children of President Trump’s nominee to the U.S. Supreme Court, Amy Coney Barrett, notified parents late Thursday that two students and a teacher had tested positive for the novel coronavirus.

The emails from the Trinity School principal came less than two weeks after the Barrett family was honored at a White House event attended by several people who subsequently tested positive for the virus, including President Trump. The principal’s announcement alarmed some school families, though there is no evidence linking the school infections to the White House event.

Two of Barrett’s children are of high school age.

At USA Today, two experts speculate about what could be happening with Trump’s health: Trump’s COVID prognosis: 3 scenarios based on sparse facts from an opaque White House, by Dr. Ezekiel J. Emanuel and Dr. Vin Gupta

At a minimum, there will be 3.5 months between when President Donald Trump first contracted coronavirus and when a president will be inaugurated on Jan. 20, 2021.  While this seems a brief time, the world is a dangerous place. President Trump’s health matters.

What can the American public anticipate regarding his expected clinical course over this time period? The answer to this question is absolutely vital, since many survivors of severe COVID-19 pneumonia (which the president had) have experienced setbacks, hospital readmissions and prolonged intensive care stays requiring months of rehabilitation.

An English Woman and her cat

►Scenario One: Trump rapidly recovers from his pneumonia with no residual effects in approximately two weeks’ time from the onset of his symptoms (Oct. 1). This is the best case outcome for him, his inner circle and the country’s national security. The shortage of information makes the likelihood of this scenario ultimately unknown, although Trump planned to resume public events as early as Saturday. He is unique in receiving the Regeneron cocktail almost immediately after diagnosis in combination with Dexamethasone and Remdesivir.

►Scenario Two: Trump is readmitted to Walter Reed for recurrent shortness of breath and low oxygen levels, an outcome that would amount to a guilty verdict that the president’s physicians were uniquely cavalier in permitting discharge when virtually every other expert argued otherwise.

What’s clear about COVID-19 is that its course is unpredictable across demographics and even within the same age or ethnic category. Yet, there’s consensus that those older than 65 years of age, particularly those like the president who are technically obese, are hospitalized and ultimately die at far higher rates than the rest of the population. Of these victims, many have variable courses. Some initially improve, as in the case of the president, only to decline again 7-10 days after symptom onset, often with severe manifestations requiring ICU-level care.

Stopping short of speculating on probabilities for this scenario, the data is clear: More than 90% of individuals who end up hospitalized with COVID-19 have at least one cardiovascular risk factor like obesity and are primarily elderly (65 or older).The president meets both criteria. Therefore, a friendly pre-recorded TV interview aside, vigilance is demanded, particularly as the president continues to be symptomatic as evidenced by his coughing on the phone Thursday night with Fox’s Sean Hannity. 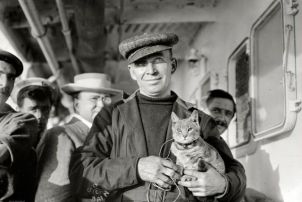 ►Scenario Three: Trump recovers from the acute episode but goes on to develop chronic symptoms.  This is the vaguest of possibilities but physicians are seeing a growing number of “long-haulers” — individuals who’ve survived severe COVID-19 pneumonia after a hospitalization, but months after their initial recovery, they have not regained full functionality and their normal activity level. In addition to fatigue and shortness of breath, many experience some mental fog or slowness. Only time will tell if this outcome is the president’s fate, but as we learn more about COVID-19’s impacts on the human body, it is one to keep closely in mind.

The Daily Beast: Sixteen ‘Boogaloo’ Followers Have Been Busted in 7 Days.

New York Daily News: Trump, Pompeo hope to release Hillary Clinton emails the president has been ranting about for years.

Have a nice Indigenous People’s Day weekend and please drop by Sky Dancing blog if you have the time and inclination. We love to hear from you!