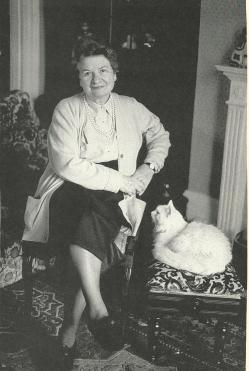 For quite awhile now I’ve been distracting myself from the horrors of the daily news cycle by reading thrillers and detective stories. I’ve even read some “cozy” mystery series featuring cats. You might be surprised how many mystery authors are also cat lovers. So I decided to illustrate this post with some of those writers with their cats.

Unfortunately, the Trump crises march onward without pause and I can’t ignore them completely. Here’s what’s happening this morning.

At Vanity Fair, Gabriel Sherman reported some troubling evidence of Trump’s “mental decay”: You Won’t Believe What Trump Said About His Middle Name.

On this week’s episode of Inside the Hive, Vanity Fair special correspondent Gabriel Sherman, who was attending the Globes for his show, The Loudest Voice, relayed a story that sums up the Trump presidency and the mess we’re currently living in. Standing near the bar, Sherman ran into Frank Luntz, the Republican pollster, and the two started chatting. Sherman asked Luntz when he last saw the President. “Last week, at the White House Christmas party,” Luntz said. Sherman asked what the two men talked about, to which Luntz replied that he had asked Trump what his middle initial “J” stands for. “Genius,” Trump responded.

Why aren’t DC political reporters calling more attention to Trump’s cognitive decline the way they glommed all over Hilary’s weakness from pneumonia in 2016? I recall much more reporting on Reagan’s forgetfulness than we’ve seen about Trump’s obvious symptoms of dementia.

Are Trump’s lies getting more outrageous too? It’s difficult to tell, but I think they are. Either it’s due to his cognitive issues or he’s simply realized that he can get away with anything. For an example see this story in The Washington Post: Trump now claims four embassies were under threat from Iran, raising fresh questions about intelligence reports. 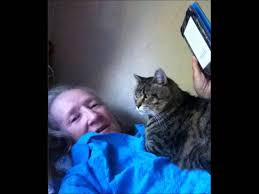 President Trump said on Friday that a senior Iranian general killed by a U.S. drone strike had been planning attacks on four U.S. embassies, a claim made to justify the decision but that was at odds with intelligence assessments from senior officials in Trump’s administration.

Trump and his top advisers have been under intensifying pressure from lawmakers in both parties to share more details about the intelligence they say showed Qasem Soleimani, the head of Iran’s elite Quds Force, was planning imminent attacks against U.S. personnel in the Middle East….

In an interview with Fox News’s Laura Ingraham, excerpts of which were released Friday afternoon, Trump expanded on comments from a day earlier, when he initially told reporters that Soleimani’s forces “were looking to blow up our embassy” in Baghdad. He later said at a rally in Toledo that “Soleimani was actively planning new attacks, and he was looking very seriously at our embassies, and not just the embassy in Baghdad.” [….]

But a senior administration official and a senior defense official, speaking on the condition of anonymity to discuss classified information, said they were only aware of vague intelligence about a plot against the embassy in Baghdad and that the information did not suggest a fully formed plot. Neither official said there were threats against multiple embassies. 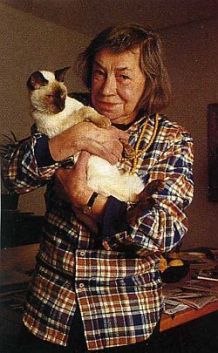 Patricia Highsmith and Aurora the Queen of Cats

When the administration shared its intelligence with select members of Congress, many of them came away unimpressed, if not outright disgusted. Rep. Gerry Connolly described the presentation as “sophomoric and utterly unconvincing.” Even Republican Senator Mike Lee, heretofore an unquestioning Trump supporter, called it the worst briefing, at least on a military issue, he’s seen in the “nine years [he’s] been here.” This is the equivalent of a person who owns 14 house cats reporting that they walked out of the theater halfway through Cats.

Exactly what the administration said, or failed to say, remains classified. But the administration’s public explanations have hardly added clarity. Trump’s initial remarks did not mention any new threat to a U.S. embassy. The next day, he said, “We did it because they were looking to blow up our embassy,” presumably in Baghdad. Last night, at a rally in Toledo, he expanded the threat to “embassies,” multiple. In a new interview with Fox News, he has specified the threat as being to four embassies. Oddly, these details seem not to have been included in the briefing to Congress, which raises the question of why information is too classified for members of the U.S. government, but low-level enough to share with the Fox News audience….

Other ancillary details have made the case look more questionable still. Trump reportedly told associates he acted in part to placate Republican Senators whose support he needed to shape the Senate impeachment trial. The Washington Post reports today that, on the same day as the Soleimani strike, another American mission attempted, but failed, to take out a different Iranian commander in Yemen, where Iran is involved in a civil war. This seems like a strange coincidence if the second target was also linked to an imminent threat to the U.S. “This suggests a mission with a longer planning horizon and a larger objective, and it really does call into question why there was an attempt to explain this publicly on the basis of an imminent threat,” Iran scholar Suzanne Maloney told the Post. 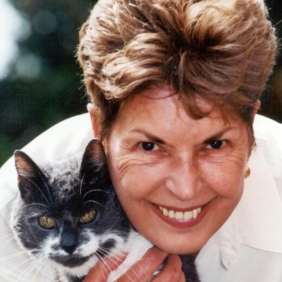 Some background on the Iranian leader targeted in Yemen from the Post story mentioned above: On the day U.S. forces killed Soleimani, they targeted a senior Iranian official in Yemen.

On the day the U.S. military killed a top Iranian commander in Baghdad, U.S. forces carried out another top-secret mission against a senior Iranian military official in Yemen, according to U.S. officials.

The strike targeting Abdul Reza Shahlai, a financier and key commander in Iran’s elite Quds Force who has been active in Yemen, did not result in his death, according to four U.S. officials familiar with the matter….

The State Department offered a $15 million reward last month for information leading to Shahlai and the disruption of the Revolutionary Guard’s financial mechanisms. The announcement said that Shahlai is based in Yemen and has a “long history of involvement in attacks targeting the U.S. and our allies, including in the 2011 plot against the Saudi ambassador” at an Italian restaurant in Washington.

U.S. officials have alleged that Shahlai, born around 1957, is linked to attacks against U.S. forces in Iraq, including a sophisticated 2007 raid in which Iranian-backed militiamen abducted and killed five Americans troops in the city of Karbala.

In a news conference last year, the U.S. special representative for Iran, Brian Hook, said the United States remains “gravely concerned by his presence in Yemen and potential role in providing advanced weaponry of the kind we have interdicted to the Houthis,” who continue to battle a Saudi-led coalition for control of Yemen.

Iran has provided support and training to the Houthi rebels in their fight with the coalition led by Saudi Arabia, Iran’s regional foe.

It is unclear why the operation did not succeed. The State Department and White House declined to comment. 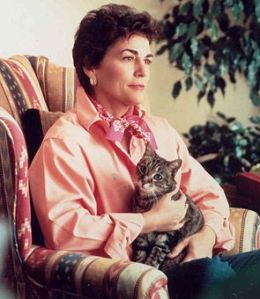 Who knows what the Trump gang is up to, but I’ll bet it has something to do with Saudi Arabia, since they are the ones running the war in Yemen. One thing we can be sure of: it’s all going to come out eventually, and it will be ugly.

The Washington Post reported yesterday that Nancy Pelosi may send articles of impeachment to the Senate next week:

Speaker Nancy Pelosi announced Friday that the House will consider a resolution next week to appoint impeachment managers and transmit articles of impeachment to the Senate, setting the stage for a historic trial of President Trump.

Her announcement, in a letter to Democratic colleagues, came shortly after the House ended its workweek without taking a vote on the matter. As recently as Thursday, Pelosi (D-Calif.) had continued to insist that Senate Majority Leader Mitch McConnell (R-Ky.) should release a resolution laying out rules of a trial before the articles are transmitted.

Also at the Post, George Conway and Neal Kaytal have some strategic suggestions: How Pelosi should play her impeachment cards.

House Speaker Nancy Pelosi (D-Calif.) has announced that she plans to transmit the articles of impeachment to the Senate, but that does not mean she has lost in the seeming standoff with Senate Majority Leader Mitch McConnell (R-Ky.) over whether to call witnesses at the Senate trial. McConnell has said “there’s no chance the president’s going to be removed from office” and “there will be no difference between the president’s position and our position.” In response, Pelosi still has cards in her hand — if she plays them — because the House approved two articles of impeachment against President Trump. 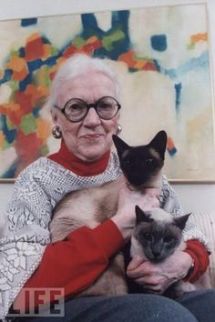 The first article of impeachment effectively charges the president with shaking down Ukraine; the second impeaches him for his unprecedented obstruction of Congress. That gives the speaker room to maneuver. She could choose to tweak her announcement and send only the second article, on obstruction, for trial. Or she could transmit them both — along with a House-approved provision advising the Senate that if it fails to obtain adequate witnesses and documents, the House will reopen the investigation into Article I and subpoena that material itself.

Separating the two articles — our preferred approach — would make perfect sense. When it comes to the second article, all the evidence about Trump’s obstruction is a matter of public record. There’s nothing more to add, so the second article is ripe for trial. But as to the first, although there is plenty of evidence demonstrating Trump’s guilt, his obstruction has prevented all of the evidence from coming to light.

Since the House voted to approve the articles of impeachment last month, new revelations of Trump’s involvement have emerged, including emails showing that aid was ordered withheld from Ukraine 91 minutes after Trump’s supposedly “perfect” phone call with President Volodymyr Zelensky. Trump’s former national security adviser, John Bolton, has said he is willing to testify before the Senate if subpoenaed, and Bolton’s lawyer has said he has new information, yet McConnell has balked at assurances that Bolton would be called.

How can one conduct a “trial” without knowing this evidence? As lawyers, we have never heard of a trial without witnesses. 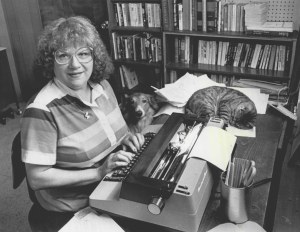 Buzzfeed News: The Trump Administration Has Been Preparing To Expand The Travel Ban, Documents Reveal.

CNN: Why Trump’s changing Iran story is costing him support in Congress.

The Daily Beast: Hannity Appears to Threaten to Give Out GOP Senators’ Phone Numbers if They Allow Impeachment Witnesses.

The Guardian: How to dump Trump: Rick Wilson on Running Against the Devil.

The Daily Beast: Bloomberg Spent $200 Million and Isn’t on Track to Score a Single Delegate.