Monday Reads: It’s beginning to look a lot like Impeachment 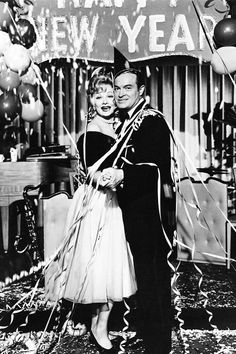 Welcome to the last few days of 2019!   The NYT has a story up today that describes how every Republican Talking point on the Ukrainian Aid Freeze is basically obfuscation and may foil McConnell’s plan to prevent key witnesses being called to provide information supporting the political quid pro quo narrative.  This is the headline today “Behind the Ukraine Aid Freeze: 84 Days of Conflict and Confusion. The inside story of President Trump’s demand to halt military assistance to an ally shows the price he was willing to pay to carry out his agenda.”  Here’s the key take away.

It was June 27, more than a week after Mr. Trump had first asked about putting a hold on security aid to Ukraine, an embattled American ally, and Mr. Mulvaney needed an answer.

The aide, Robert B. Blair, replied that it would be possible, but not pretty. “Expect Congress to become unhinged” if the White House tried to countermand spending passed by the House and Senate, he wrote in a previously undisclosed email. And, he wrote, it might further fuel the narrative that Mr. Trump was pro-Russia.

Mr. Blair was right, even if his prediction of a messy outcome was wildly understated. Mr. Trump’s order to hold $391 million worth of sniper rifles, rocket-propelled grenades, night vision goggles, medical aid and other equipment the Ukrainian military needed to fight a grinding war against Russian-backed separatists would help pave a path to the president’s impeachment.

The Democratic-led inquiry into Mr. Trump’s dealings with Ukraine this spring and summer established that the president was actively involved in parallel efforts — both secretive and highly unusual — to bring pressure on a country he viewed with suspicion, if not disdain.

Interviews with dozens of current and former administration officials, congressional aides and others, previously undisclosed emails and documents, and a close reading of thousands of pages of impeachment testimony provide the most complete account yet of the 84 days from when Mr. Trump first inquired about the money to his decision in September to relent.

What emerges is the story of how Mr. Trump’s demands sent shock waves through the White House and the Pentagon, created deep rifts within the senior ranks of his administration, left key aides like Mr. Mulvaney under intensifying scrutiny — and ended only after Mr. Trump learned of a damning whistle-blower report and came under pressure from influential Republican lawmakers.

In many ways, the havoc Mr. Giuliani and other Trump loyalists set off in the State Department by pursuing the investigations was matched by conflicts and confusion in the White House and Pentagon stemming from Mr. Trump’s order to withhold the aid.

Opposition to the order from his top national security advisers was more intense than previously known. In late August, Defense Secretary Mark T. Esper joined Secretary of State Mike Pompeo and John R. Bolton, the national security adviser at the time, for a previously undisclosed Oval Office meeting with the president where they tried but failed to convince him that releasing the aid was in interests of the United States.

By late summer, top lawyers at the Office of Management and Budget who had spoken to lawyers at the White House and the Justice Department in the weeks beforehand, were developing an argument — not previously divulged publicly — that Mr. Trump’s role as commander in chief would simply allow him to override Congress on the issue.

And Mr. Mulvaney is shown to have been deeply involved as a key conduit for transmitting Mr. Trump’s demands for the freeze across the administration.

The interviews and documents show how Mr. Trump used the bureaucracy to advance his agenda in the face of questions about its propriety and even legality from officials in the White House budget office and the Pentagon, many of whom say they were kept in the dark about the president’s motivations and had grown used to convention-flouting requests from the West Wing. One veteran budget official who raised questions about the legal justification was pushed aside. 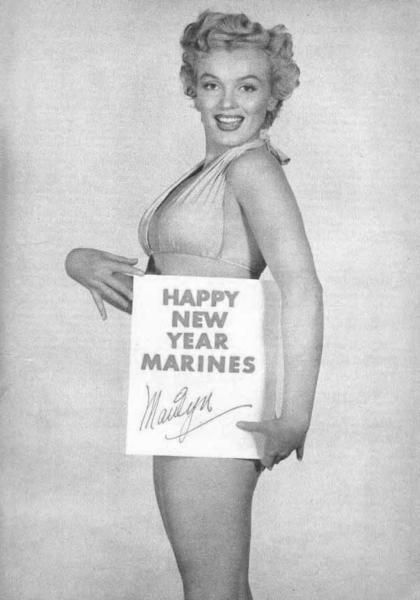 It’s now obvious we need to hear from Pompeo, Bolton, Esper, and Mulvaney at the very minimum.  This completely weakens the Trumpist Defense as outlined here in WAPO by Greg Sargent.

McConnell badly needs the media’s both-sidesing instincts to hold firm against the brute facts of the situation. If Republicans bear the brunt of media pressure to explain why they don’t want to hear from witnesses, that risks highlighting their true rationale: They adamantly fear new revelations precisely because they know Trump is guilty — and that this corrupt scheme is almost certainly much worse than we can currently surmise.

That possibility is underscored by the Times report, a chronology of Trump’s decision to withhold aid to a vulnerable ally under assault while he and his henchmen extorted Ukraine into carrying out his corrupt designs.

The report demonstrates in striking detail that inside the administration, the consternation over the legality and propriety of the aid freeze — and confusion over Trump’s true motives — ran much deeper than previously known, implicating top Cabinet officials more deeply than we thought.

Among the story’s key points:

It’s impossible to square all this with the lines from Trump’s defenders — that there was no pressure on Ukraine; that the money was withheld for reasonable policy purposes; and that there was no extortion because it was ultimately released. As the Times shows, that only came after the scheme was outed.

This is interesting because other officials told investigators that this top-level interagency meeting over aid never happened because of conflicting schedules among the secretaries and Bolton.

Capitol Hill is still empty due to the hols but we can be assured that talking points will be made available as soon as they come back. I cannot wait to see Mitch McConnell wiggle out of this one and one wild card continues to be Justice Roberts. How much of a sham trial will he allow? 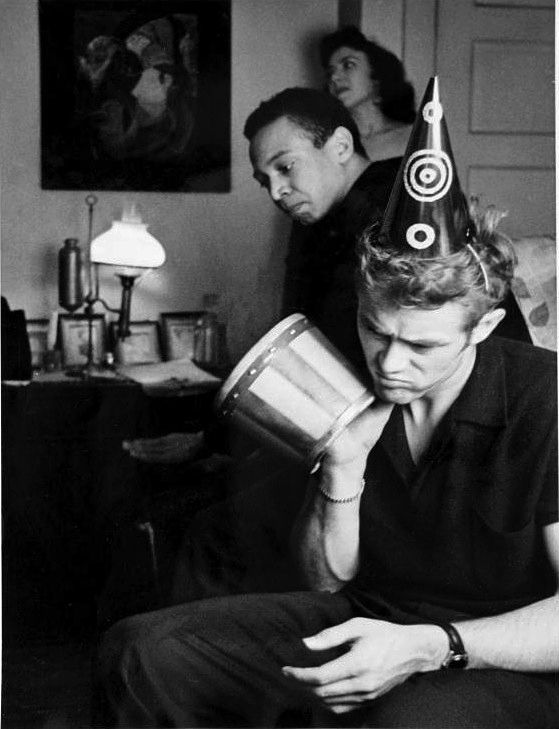 Congressman and Civil Rights Legend John Lewis will be undergoing treatments for Stage IV Pancreatic Cancer.   His office announced this over the weekend and it was reported on all news outlets including CNN.

Lewis, 79, said he was diagnosed following a routine medical visit with subsequent tests that reconfirmed the diagnosis. The long-time Georgia congressman will undergo treatment for the cancer.
“I have been in some kind of fight — for freedom, equality, basic human rights — for nearly my entire life. I have never faced a fight quite like the one I have now,” Lewis, who in March 1965 joined forces with Martin Luther King Jr. to lead a voting rights march out of Selma, Alabama, said in a statement.
He continued later: “While I am clear-eyed about the prognosis, doctors have told me that recent medical advances have made this type of cancer treatable in many cases, that treatment options are no longer as debilitating as they once were, and that I have a fighting chance.”

Let’s hope more people see this for the threat to our democracy that it is!  Last time I posted, we reflected on the huge gender gap facing Trumpist candidates.  Black Voters are not only anti Trump as a general rule, but it looks like turnout may be high this year.

Poll: Black Americans' opposition to Trump is pushing them to vote in 2020

Once again, Black Americans are stepping up and speaking out. They are an example for everyone! Thank you! 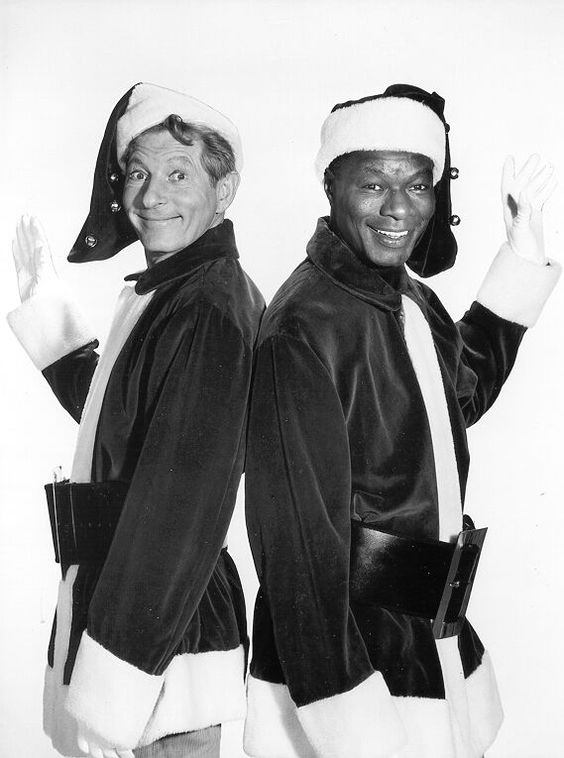 Several hate crimes have been focused on the Jewish Community. We’ve seen anti-Semitic attacks many places but this one targeting the heart of New York’s Hasidic community was brutally carried out with a knife which is why the victims have survived.  They’ve found more about the attacker who has now been labelled the Hanukah stabber. This is from TPM.

A Hanukkah party at the house of an ultra-Orthodox rabbi outside New York City on Saturday night was interrupted by a man with a machete.

Five were stabbed, though none fatally, and the suspect is now in custody. Two remained hospitalized on Sunday.

Here’s what we now know about the attack.

The alleged stabber, Grafton Thomas, had obscured his face with a scarf when he barged into the home of Rabbi Chaim Rottenberg home in Monsey, New York. He immediately began attacking people inside the home, who’d gathered to celebrate the seventh night of Hanukkah.

“Hey you, I’ll get you,” Josef Gluck, who attended the gathering, recalled Thomas telling him.

The motive still remains unclear but is the second stabbing attack on people of Jewish faith this year.  The last one was on November 20th.  The stabber’s family has detailed a long history of mental illness which may have been a contributing factor.  You may read more at the link.  It is just really fortunate that all are on the mend.

After Saturday night's stabbing, Monsey families are no longer thinking of sweet celebrations. Moms told me they plan to teach their kids self-defense tactics to use walking to the bus.

This is what anti-Semitism is doing to American Jewish communities.https://t.co/7amduhp4iN

So, I won’t waste a lot of your Monday today.  Just have a safe New Year’s Eve Tomorrow!

13 Comments on “Monday Reads: It’s beginning to look a lot like Impeachment”