Monday Reads: Why do so many Americans have a Gun Fetish? 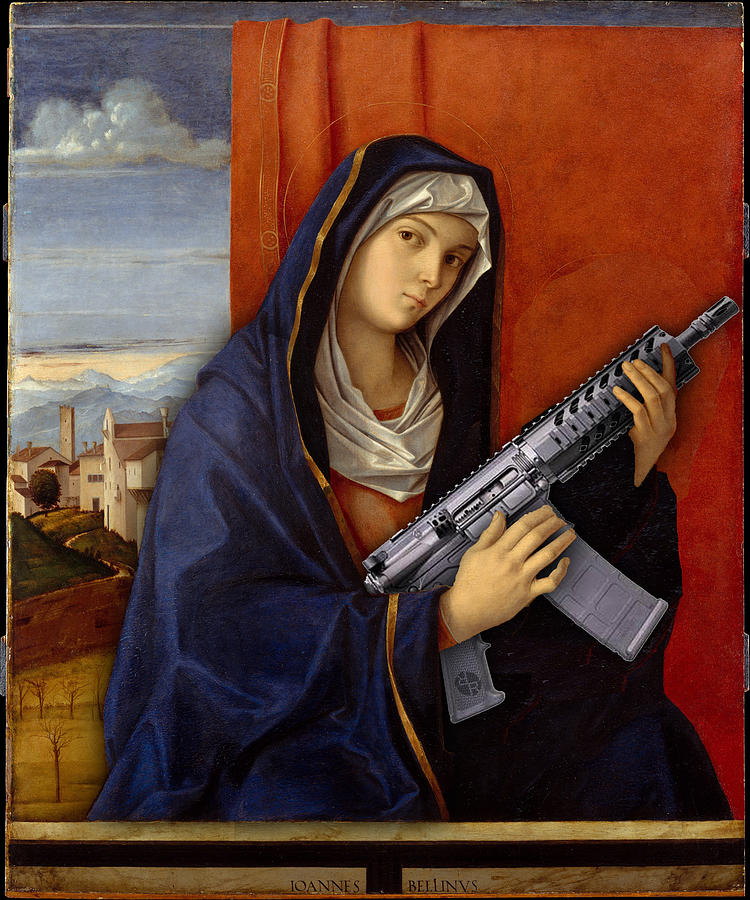 Sunday greeted New Orleans with 16 shootings including a Mass Shooting on Canal Street early Sunday Morning that injured 10 people with two in critical condition.  Another shooting killed two later that day in the 7th ward, Our City’s crime has seen a downward trend in crime over the last 4 years but this isn’t exactly new to us or anywhere in the country.

Why do we have so many trigger happy Americans?

It’s amazing to me that the NRA can still have so much power after so much controversy surrounding its leadership and actions.  It also amazes me that so many people seem to think they a “well regulated militia” doesn’t mean what they think it means.  They to be a personal militia with no regulation. Hence,the real American Carnage … death by gun.

In a timely coincidence, today’s case at the Supreme Court deals with a Second Amendment Case. Many Republican politicians these days appear to recognize the Constitution only when it deals with this particular amendment and they’ve been busy stacking the court to be pro life except when it comes slaughter by gun.

What may happen today at the Court? This is from today’s NYT.  “After Long Gap, Supreme Court Poised to Break Silence on Gun Rights
Following a change in personnel, the court could expand the scope of Second Amendment rights and chastise lower courts that have upheld gun control laws.”

It has been almost 10 years since the Supreme Court last heard a Second Amendment case. On Monday, a transformed court will return to the subject and take stock of what has happened in the meantime.

The nation has had a spike in gun violence. And lower courts have issued more than 1,000 rulings seeking to apply the justices’ 2008 decision in District of Columbia v. Heller, which established an individual right to own guns but said almost nothing about the scope of that right.

The new case concerns a New York City ordinance that limited the transport of guns outside an owner’s home. Fearing a loss in the Supreme Court, to say nothing of a broad ruling from the court’s conservative majority on what the Second Amendment protects, the city repealed the ordinance and now argues that the case is moot. But the court may be ready to end its decade of silence, elaborate on the meaning of the Second Amendment and, in the process, tell lower courts whether they have been faithful to the message of the Heller decision.

Proponents of gun rights and some conservative justices say lower courts have been engaged in lawless resistance to the protections afforded under the Second Amendment by sustaining unconstitutional gun-control laws.

Again, what don’t they get about “well regulated” and the 18th century idea of a “militia”?

Guns: when and how to regulate them. It's one of the biggest issues across the country. But the Supreme Court has rarely weighed in on the issue. In modern times, it has ruled decisively just twice. And now, it's on the brink of doing so again. https://t.co/AYnKXncJj7

On Monday the court hears arguments in a case from New York, a city and a state with some of the toughest gun regulations in the country. Several gun owners and the NRA’s New York affiliate challenged the rules for having a handgun at home. They contended the city gun license was so restrictive it was unconstitutional.

Specifically, they said the state law and city regulations violated the right to bear arms because they forbid handgun owners from carrying their pistols anywhere other than seven firing ranges within the city limits. That meant that pistol owners could not carry their guns to a second home, or to shooting ranges or competitions in other states nearby. The lower courts upheld the regulations as justified to protect safety in the most densely populated city in the country.

But when the Supreme Court agreed to hear the gun owners appeal, the state and the city changed the law to allow handgun owners to transport their locked and unloaded guns to second homes or shooting ranges outside the city.

With those changes, the first question Monday will be whether the case is moot and should be thrown out because New York has already given the gun owners everything they asked for in their lawsuit.

“This is an instance where it appears the petitioners won’t say ‘yes’ for an answer,” says James Johnson, counsel for the city of New York.

But former Solicitor General Paul Clement, who represents the gun owners, counters that the amended regulations still give the city too much power to regulate.

“The city of New York never expressed any doubt about the constitutionality of these regulations when they were winning in the district court and the court of appeals,” argues Clement. “And then lo and behold, all of a sudden the city decides you know maybe we don’t need these regulations after all.”

And, he observes, the city is still defending the original regulations.

The city is indeed doing that because the justices refused in October to throw the case out on mootness grounds, opting instead to hear the mootness arguments today, along with the direct challenge to the regulations themselves. 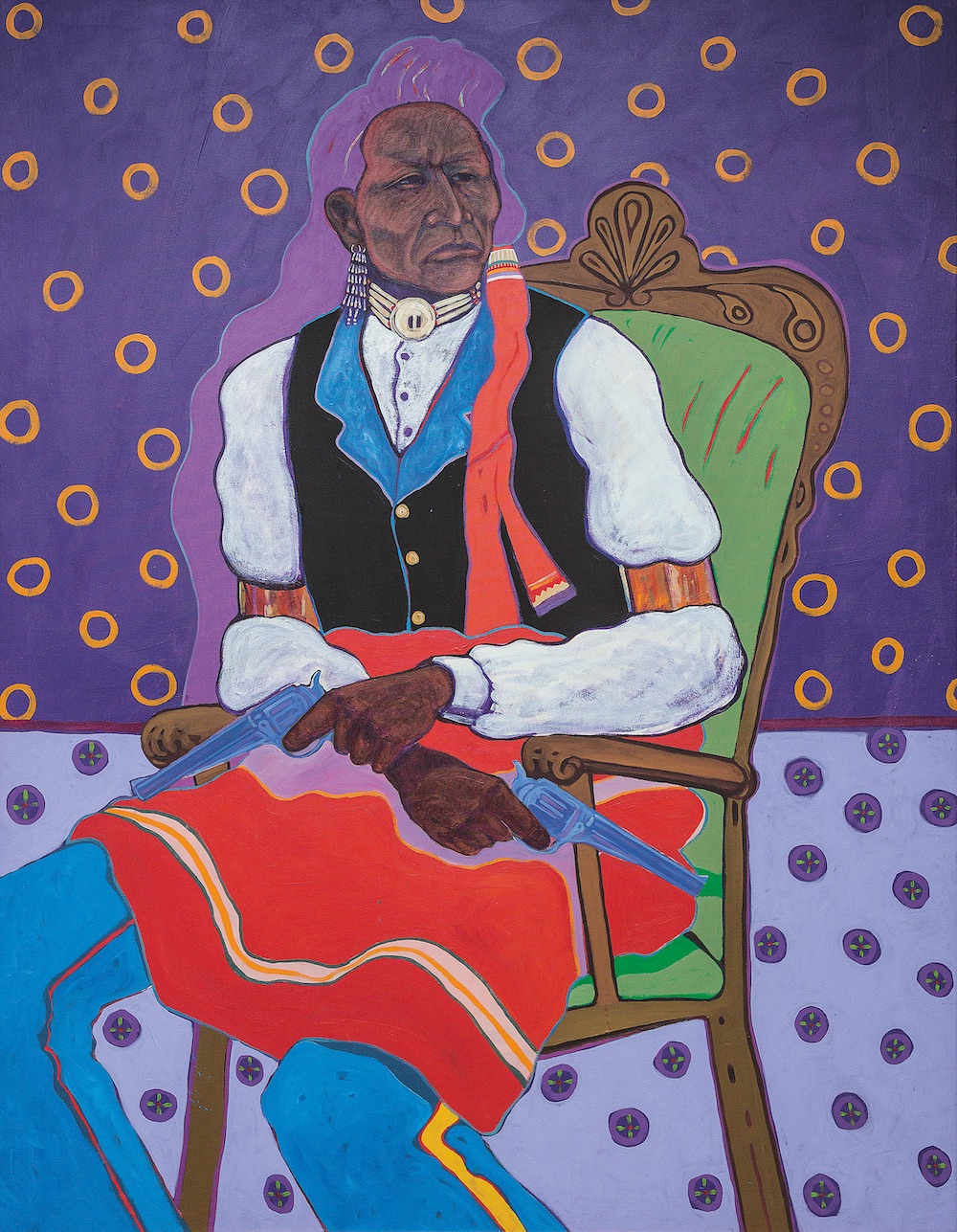 Testing a “moot” law seems odd to me.  New Orleans wasn’t the only city with gun violence yesterday.  Two kids  were wounded in a shoot out in the The Bronx.  Trace.org includes all these stories in it’s gun related news today.

Two kids were wounded in a mass shooting in the Bronx. Five people, including a 10-year-old and 14-year-old boy, were shot on a retail strip in the South Bronx on the afternoon before Thanksgiving. An after-school program was about to start classes when the unknown gunman began firing at a busy intersection. The director of the program was unconsoled by the fact that all the victims survived. “That’s just luck,” he told The New York Times. “Every bullet has its own trajectory. We might not be so lucky next time.”

These shootings have also gone into the Gun Violence Archive where you can be horrifed by the list and dots on a map of the USA showing the 2019 shootings for the country.

The merits of the case turn on a New York City regulation significantly limiting where lawful gun owners can take their guns, but the justices first have to confront the question of mootness, since the city has since repealed the challenged law. https://t.co/qz6adWgKWN 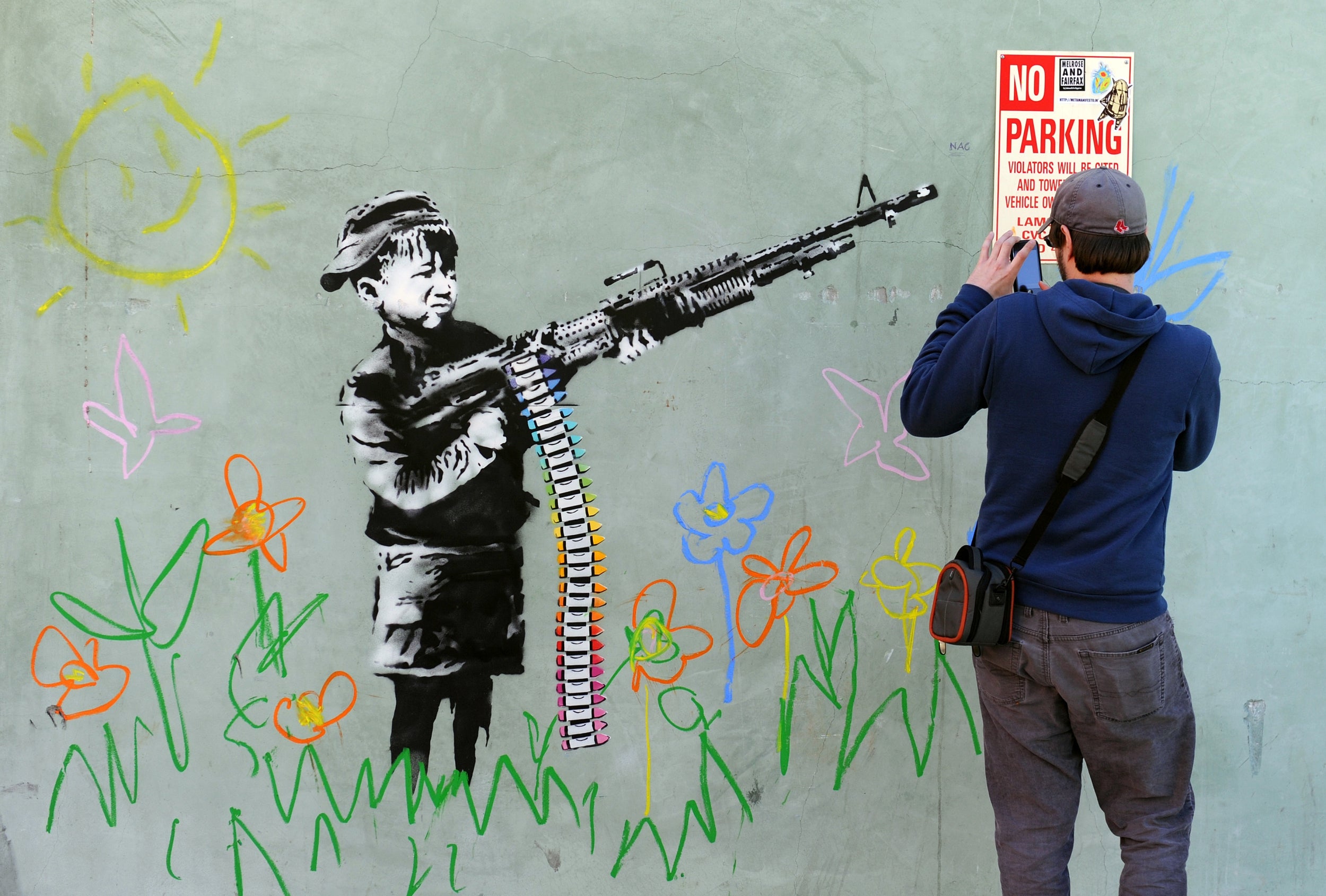 This hopeful analysis argues the case could “fizzle” but it also explains the politics involved.  The Republicans are as entrenched as ever.

The mootness fight has taken on political dimensions. In August, Democratic Senator Sheldon Whitehouse of Rhode Island and four colleagues filed an unusually pointed brief that said the court would be undermining its own legitimacy if it ruled in the case.

The Democrats’ brief pointed to the millions of dollars spent by outside groups on recent Supreme Court battles. Trump’s two appointees, Neil Gorsuch and Brett Kavanaugh, were confirmed in the Senate on nearly party-line votes.

“To stem the growing public belief that its decisions are motivated mainly by politics, the court should decline invitations like this to engage in ‘projects,’” the Democrats argued, highlighting a word the challengers used in one of their court filings.

Whitehouse’s brief provoked an equally sharp response from Senate Majority Leader Mitch McConnell of Kentucky and his Republican colleagues. They told the justices to “stand firm” and “not be cowed by the threats of opportunistic politicians.”

Trump has had strong support from gun owners and the National Rifle Association since his 2016 campaign. He has occasionally stated support for expanded background checks — particularly when mass shootings lead to a public outcry — but later backed off, expressing doubt they would be effective in curbing gun violence.

The administration is urging the Supreme Court to decide the case, telling the justices the dispute is still meaningful because residents could seek damages.

The court has hinted it may want to rule. In October, the justices refused to dismiss the case as moot but said they would revisit the issue at the argument. 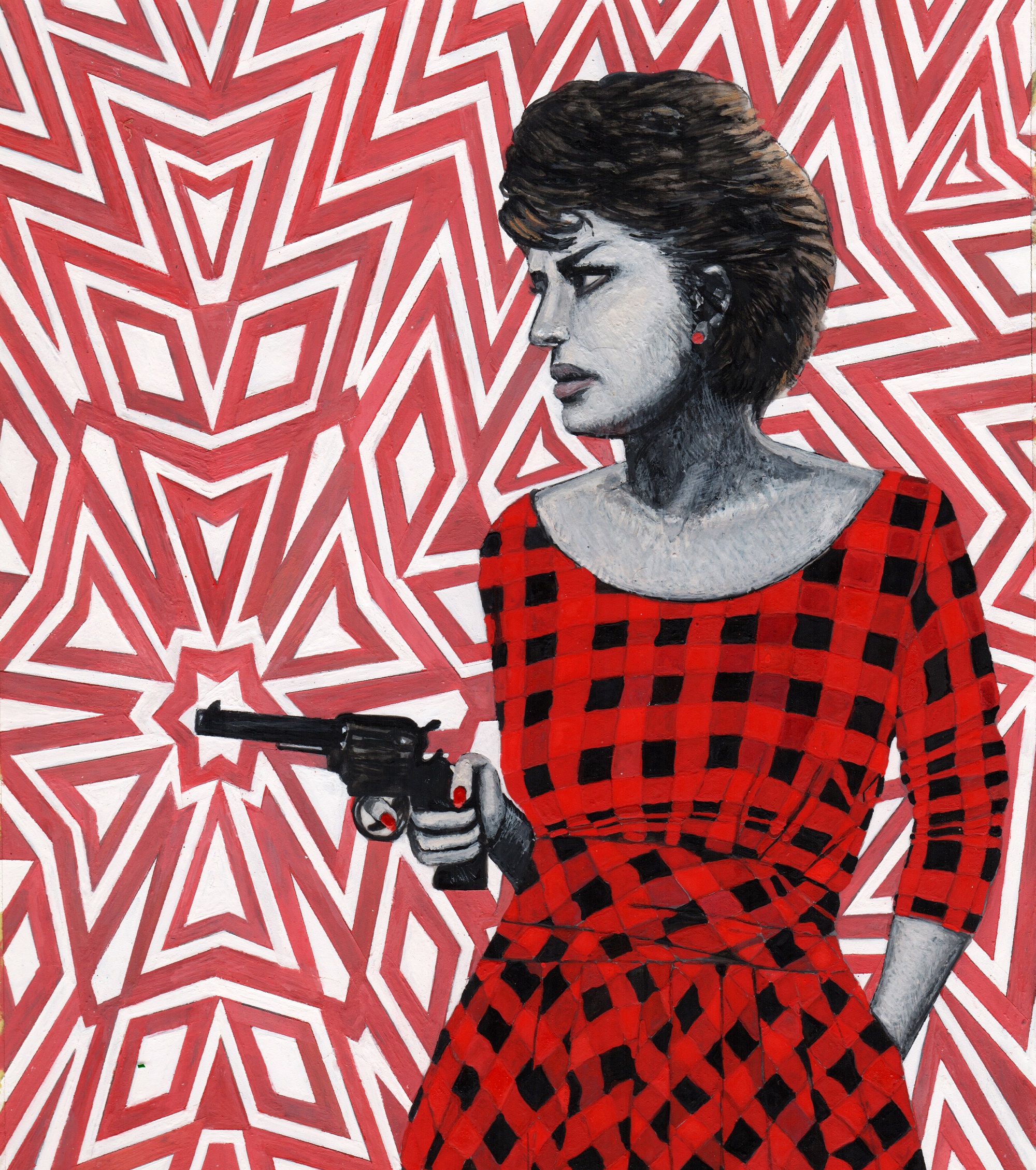 Time Magazine has interviewed Ukraine’s President Volodymyr Zelensky and has this bottom line. ‘I Don’t Trust Anyone at All.’

But he also pushed back on Trump’s recent claims about corruption in Ukraine, and questioned the fairness of Trump’s decision to freeze American aid. “If you’re our strategic partner, then you can’t go blocking anything for us,” he said. “I think that’s just about fairness. It’s not about a quid pro quo.”

Zelensky’s focus during the interview, as it has been throughout his time in office, was on the effort to end Ukraine’s war against Russia and its proxies, who still control two separatist strongholds in the region of Ukraine known as the Donbass. More than 13,000 Ukrainians have died as a result of that conflict, and more are killed or wounded every week. Yet the European attempts to mediate an end to the fighting have been stalled for over three years.

So much violence, so many lives, and so many power grabs and that’s enough for me today.  I’m pretty sure the judiciary committee’s impeachment hearings will fill up the week shortly.  His lawyers declined to become involved as did the Kremlin Potted Plant who complained that he will be in NATO meetings this week. Obviously this trip will interrupt his Presidential Fox an Friends time so he will be peevish.

President Donald Trump on Monday blasted House Democrats for holding impeachment hearings while he is at a NATO summit in London and claimed Ukrainian President Volodymyr Zelenskiy had cleared him of wrongdoing in an interview published earlier in the day.

Speaking to reporters as he departed the White House for the summit, Trump said Democrats had “decided” to hold the upcoming hearings at “the exact time” he’s in London. The president also said Zelenskiy “came out and said very strongly that President Trump did nothing wrong,” adding, “that should end everything, but that will never end it.”

Please go read that quote up there again and see if that’s your take away.  It certainly isn’t mine.

Anyway, let’s get through the month and the year as well we can.  Love to you all!  May peace surround you!

What’s on your reading, blogging, and watching lists today?

19 Comments on “Monday Reads: Why do so many Americans have a Gun Fetish?”