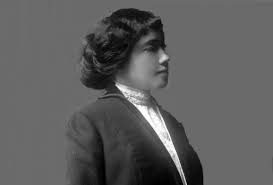 I keep noticing the distinct difference between coverage of the male and female candidates and that of the white candidates and the candidates of color. I’m just going to point the obvious blaring one today and let you follow the links to the suggested health care policies of the top three women candidates in the race for President.

LSU Professor Robert Mann asks a good question on the day Senator Elizabeth Warren offered up her plan for Universal Healthcare to answer the questions about how you’re going to pay for that. Unlike Trump, she had a real economist working on this. So, now today, it’s talk about the points of a plan while tearing up the woman. And, she’s not alone.

I don't understand why Warren must explain how to pay for health care for everyone, but no one demands that Trump and the GOP show how they'll pay for huge tax cuts for billionaires. It's almost like – and please stick with me here – our leaders care more about the rich people.

Today, every one is all over it. Here are some few links to read about it to include this one from Ryan Lizza ar Politico: The issue that Obama alums think could doom Elizabeth Warren .

or this one offered by Philip Klein of the Washington Examiner: Elizabeth Warren may as well have said Mexico is going to pay for ‘Medicare for all’

But, I’m going to quote from this one from the Washington Post: ” Elizabeth Warren proposes new taxes to fund Medicare-for-all but says middle class would be spared”

In her plan, Warren assumes Medicare-for-all will be a $34 trillion program, but because some of the costs can be handled through existing spending or new savings, it would require $20.5 trillion in new spending over 10 years.

After being attacked by multiple candidates for not offering voters any detail about how she would pay for the plan, Warren took the unusual step last week of announcing she would release a plan but initially did not say what it would include. That set off major speculation among policy wonks and competitors about how she could come up with the funding for such a proposal, because outlining specific payment methods for her policy ideas has been a point of pride for Warren.

Her Democratic rivals who suggest less sweeping ideas, like making a Medicare-type program optional for everyone, have jumped on the cost issue as a way to criticize Warren as unrealistic and overpromising.

“There is no one that I’ve observed who suggests any possibility of paying for Medicare-for-all without radical a increase in taxes across the board,” said Biden, talking to reporters in Fort Dodge, Iowa, on Thursday, before the details of Warren’s plan were made public. “I’m looking forward to it. Looking forward to seeing the plan.”
South Bend, Ind., Mayor Pete Buttigieg (D) has also pressured Warren to explain how she would pay for the program, attacking her in the last debate with the zinger: “Your signature, Senator, is to have a plan for everything — except this.”

Some had speculated Warren would back away from key parts of Medicare-for-all and bring down the cost by offering a less generous plan. She addressed that concern head-on in her proposal. 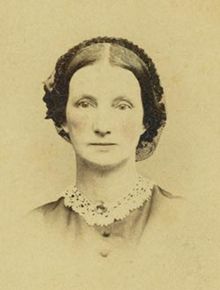 Ann Preston was the first woman dean of a medical school, the Woman’s Medical College of Pennsylvania

Senator Kamala Harris introduced her Universal Health Care Plan at the end of July and yet, the only questions she gets asked are why she decided to allow people to keep their private insurance when she originally didn’t. Plus, most of the coverage–this one from Vox– was to compare and contrast it to Bernie Sanders. Her’s is a gradual transition.

Bernie Sanders’s Medicare-for-all proposal — has been central to the current Democratic debate over health care, though Harris’s responses have been somewhat muddled until this point. Her health care plan, importantly, helps clear a few things up.

In laying out her proposal, Harris notes that she supports the same end goal as Sanders, but draws some distinctions in how she would go about getting there.

Unlike Sanders’s, Harris’s plan would include a substantive role for private insurers, which would still be able to offer plans under a tightly regulated system, similar to the way that private insurers currently do through Medicare Advantage. Additionally, it would transition Americans from the existing system to Medicare-for-all in ten years, instead of four. And finally, it would use a slightly different payment mechanism: Harris backs several of the methods Sanders has suggested, including higher capital gains taxes, but would only impose taxes on households making $100,000 or more. Sanders’s plan, meanwhile, would impose taxes on households making $29,000 or more.

Experts say that Harris’s approach enables her to continue supporting universal coverage — a major priority for progressives — while also making the plan a bit more politically palatable to folks who are concerned by how disruptive it could be. With a longer transition period and an ongoing role for private insurers, it means more time for people to adjust and the appearance of greater choice.

“At the end of the ten-year transition, every American will be a part of this new Medicare system,” Harris writes in a Medium post. “They will get insurance either through the new public Medicare plan or a Medicare plan offered by a private insurer within that system.”

And how about Senator Amy Klobucher? Media? Media? Oh, look I found this one in Elle Magazine

While Klobuchar has not signed onto Medicare for All, CNBC reports that she does support universal health care, starting with a public option for people to opt into government-run plans. She supports expanding Medicaid and Medicare and lowering drug prices, including allowing Medicare to negotiate prices, according to PBS.

“On ‘Medicare for All,’ I think it is something we should look at, but I want to get there quicker and I don’t want to do any harm,” she said in an interview with CNBC. “There, I actually am not on that bill because I support a public option and improving the Affordable Care Act and keeping those protections in place and doing something about pharmaceuticals.”

In 2017, she also spoke about improving upon the Affordable Care Act, telling CNN, “We can do something quickly to fix the Affordable Care Act. That’s why we can’t afford to let them ram through a bill that’s going to make things worse by cutting millions off of health care, jacking up premiums, and doing nothing about skyrocketing drug costs.”

She’s released a $100 billion plan to combat drug and alcohol addiction and improve mental health care. The plan is focused on prevention, treatment and ongoing recovery. The issue is personal to Klobuchar, who has spoken openly about her own father’s alcoholism.

So, of course, Mayor Pete gets tons of Media Kudos for sniping at Warren. We get tons of stuff on Bernie’s plan despite lack of information on funding and can watch Biden tag on to Obama care, but I have a question.

Can women every get a break here?

I’m kind of struggling with life here atm so this is about all I’m up today. What’s on your reading and blogging list today?