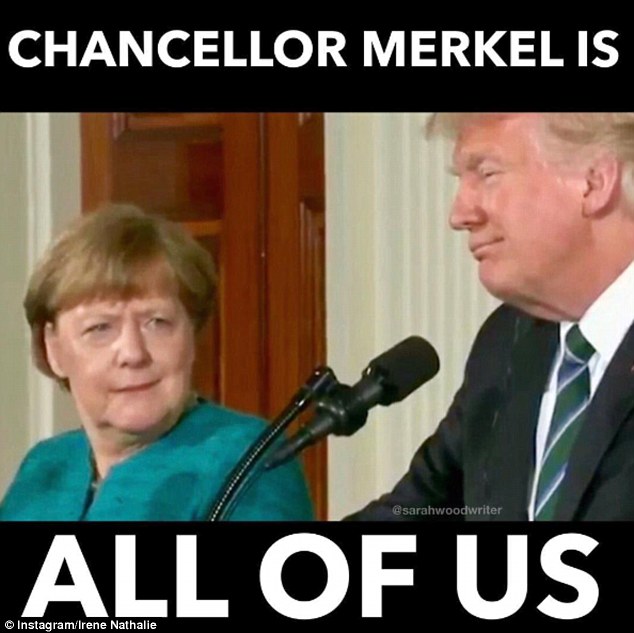 Well, it’s Monday and it wouldn’t be a Messed up Monday morning without the “Human Tornado” doing something completely idiotic and self-serving.  I have no idea what’s being said between our NATO allies and our allies in the Middle East but I was not prepared to see what I saw this morning. I assume that they’re trying to figure out if it would do any good to call our idiot Preznit. Last night, a press release came out of some kind of agreement between Erdogan of Turkey and KKKremlin Caligulia. This morning Turkish Troops are on the move into Northern Syria and we’re suddenly outta there.

This is from Michael Weiss at The Daily Beast and the headline says it all: “SHORT-SIGHTED. Trump’s Crazy Syria Move Will Wipe Out America’s Allies and Set Up a Big ISIS Comeback. With Trump’s permission, Turkey will now ethnically cleanse the Syrian Kurds, who fought ISIS on behalf of the U.S., leaving no one to hold off the terror group.”

Turkey is about to invade the part of Syria the U.S. invaded to defeat the so-called Islamic State. Except Turkey is invading it to defeat the Kurdish proxy force the U.S. relied on to defeat ISIS, because Turkey considers that proxy a terrorist group. And U.S. President Donald J. Trump, apparently, is fine with that.

This according to a White House announcement released late Sunday evening that reads as if it were written by someone who wants absolutely nothing to do with a part of a world as fucked up as the Middle East and doesn’t care if the whole place burns to the ground.

The move came after Trump, in yet another decisive phone call that probably will be locked away, spoke with Turkish President Recep Tayyip Erdogan. Trump’s decision was to have the United States accede to a NATO ally’s invasion of a de facto U.S. protectorate—an invasion which has been long in the making and is expressly designed to gobble up a crucial U.S. ally.

This sounds crazy and it is. But before you turn on your cable news show to find all manner of pundits filtering this Alice-in-Wonderland development through the narrow prism of a domestic news cycle, let me assure you of the following. It has nothing to do with Trump’s manifold domestic crises or the fact that his Twitter feed now resembles that of a homeless man barking at oncoming traffic. What is happening now derives from the inherent contradictions built right into America’s war on terror that are coming to the fore and threatening to precipitate the very thing that the fight against ISIS was meant to reduce.

Since 2014, the Pentagon has disproportionately relied upon one faction of armed Kurdish guerrillas who, in a sticky little turn of fate, have been fighting the Turkish state for over 40 years. Ankara has been none too pleased that America’s preferred battering ram against jihadism has a long history of blowing up Turkish army bases and police stations, albeit on secular marxisant grounds rather than apocalyptic religious ones. 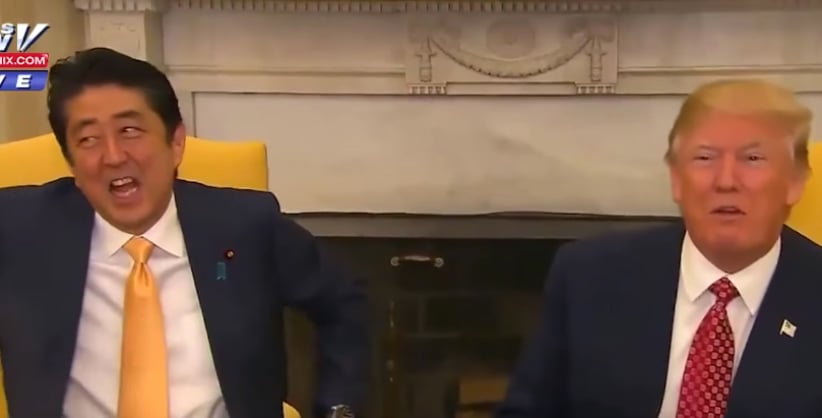 In other words, Trump just stabbed another set of allies in the back and made several Dictators very happy in the process.  And of course, the fattest and happiest one is Putin.  From CNBC: “Trump handing northern Syria to Turkey is a ‘gift to Russia, Iran, and ISIS,’ former US envoy says” by Natasha Turak.

The Trump administration is facing a torrent of criticism Monday after it unexpectedly announced a full U.S. troop withdrawal from northern Syria to effectively allow a long-planned military operation by Turkey against Kurdish ground forces, who had battled to uproot ISIS.

“Turkey will soon be moving forward with its long-planned operation into Northern Syria,” a White House statement late Sunday said, noting that President Donald Trump had spoken to his Turkish counterpart Recep Tayyip Erdogan by phone. “The United States Armed Forces will not support or be involved in the operation, and United States forces, having defeated the ISIS territorial ‘Caliphate,’ will no longer be in the immediate area.”

Security experts on the region and former U.S. officials are calling the decision harmful and a gift to America’s adversaries, while some members of the Kurdish forces on the ground in Syria are calling it betrayal.

“The WH statement tonight on Syria after Trump spoke with Erdogan demonstrates a complete lack of understanding of anything happening on the ground,” Brett McGurk, the former U.S. special envoy to the global anti-IS coalition, said Monday on Twitter.

“Trump tonight after one call with a foreign leader provided a gift to Russia, Iran, and ISIS.”

So, here’s some Republican blowback but will they do anything?

The President’s decision to abandon our Kurd allies in the face of an assault by Turkey is a betrayal. It says that America is an unreliable ally; it facilitates ISIS resurgence; and it presages another humanitarian disaster. https://t.co/Tu8ARa8Pmp

Trump’s former ISIS envoy excoriates his Syria decision. Brett McGurk, who resigned along with Mattis, says Trump "blusters and then leaves our allies exposed when adversaries call," describes Trump's actions in Syria as a “gift to Russia, Iran, and ISIS.”https://t.co/DTmQAOgncU

And yes, that last guy used to work for the Orange Snot Blob (h/t to BB).

“Donald Trump is not a Commander-in-Chief,” said McGurk, who resigned along with Mattis over Trump’s initial (but later aborted) plan for a full Syria withdrawal. “He makes impulsive decisions with no knowledge or deliberation. He sends military personnel into harm’s way with no backing. He blusters and then leaves our allies exposed when adversaries call his bluff or he confronts a hard phone call.”

McGurk also suggested the people around Trump have no idea what’s going on. He noted that the White House’s statement says the United States will not hold Islamic State fighters and how the decision will save U.S. taxpayer money, but the United States isn’t actually holding those fighters.

U.S. officials have long said these fighters are being held by the Syrian Democratic Forces (SDF), a Kurdish-led military force, with U.S. assistance. Despite this, Trump has said before that the United States is “holding thousands of ISIS fighters right now.” 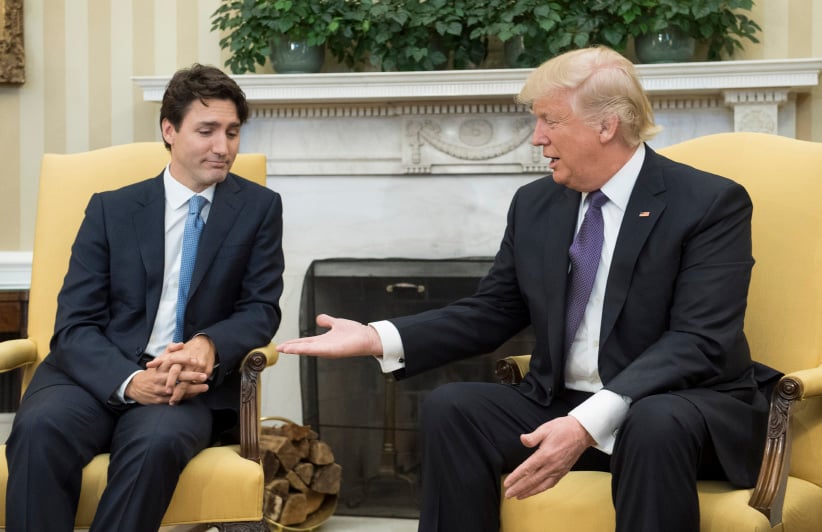 So, ABC reports the immediate response this morning: “Turkey begins mobilizing against Syria; US begins removing forces from area”.

The White House also confirmed that Turkey will take possession of all captured ISIS fighters from the past two years. 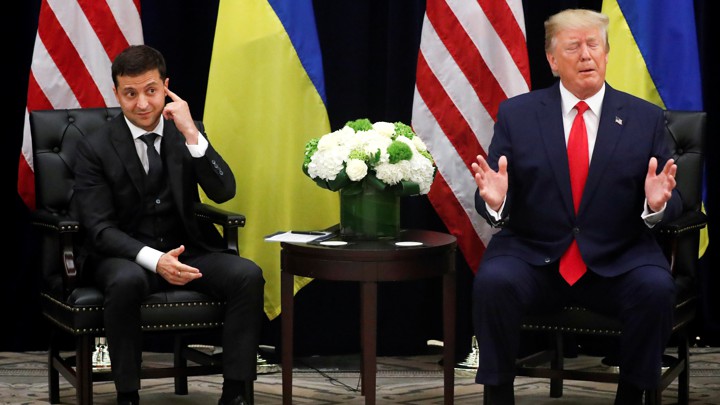 Federal judge rules Trump must turn over his tax returns to Manhattan DA, but Trump has appealed  —  The request for eight years of records relates to the DA’s investigation into hush-money payments during the 2016 election.  Bylines by WAPO’s David A. Fahrenthold and Ann E. Marimow

From Nancy Cook  at  Politico writes that : Impeachment tentacles spread throughout Trump’s team  —  The tentacles of the Democratic impeachment investigation are extending far beyond the arms of President Donald Trump.  —  The vice president’s office, acting chief of staff’s office, State Department, Energy Department ..

From David Leonhardt at the  New York Times: “The Rich Really Do Pay Lower Taxes Than You ” —  Almost a decade ago, Warren Buffett made a claim that would become famous.  He said that he paid a lower tax rate than his secretary, thanks to the many loopholes and deductions that benefit the wealthy.  —  His claim sparked a debate about the fairness of the tax system.

Well, this is like all those memes about upsetting apple carts only this is central to world peace.