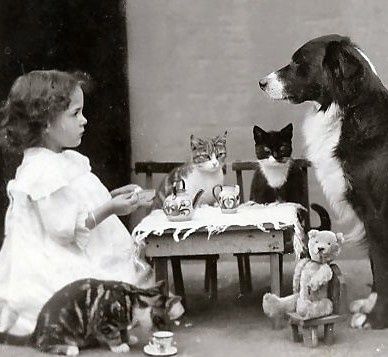 Here in Boston, today could be the hottest day of the year so far and tomorrow will likely be about the same. We may hit 100 degrees and it will feel even hotter. The Boston Globe published some “heat hacks” to help people cool down. Here are a couple of examples:

If you’re tossing and turning in bed and having trouble falling asleep in the blistering heat,Consumer Reports offers this interesting trick: Put your sheets and pillowcases in a sealable plastic bag and stash them in the freezer so they’ll be nice and cold when you hit the hay….

New York State Office for the Aging suggests…“Fill three plastic soda bottles full of water, freeze them but in a manner to not damage them (liquid expands on freezing), then place them in a large bowl,” the agency’s website states. “Position a fan to blow on them.. … The water in the bottles can be refrozen and used repeatedly.” [….]

Seattle City Light suggests putting lotion and moisturizers in your fridge to cool down your skin. 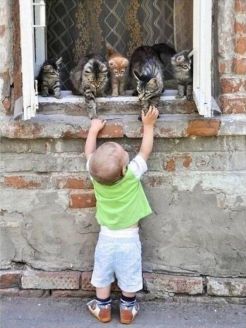 I might try that last one. This reminds me of the scene in The Seven-Year Itch when Marilyn Monroe explains how she keeps her panties and potato chips in the fridge next to the champagne.

USA Today: Searing heat across nation, reaching 100 degrees in some spots, takes its toll on events and roads.

A relentless heat wave gripped the country from the central states to the East Coast Saturday, prompting cancellation of the New York City Triathlon and producing cracked and buckled roads in some Plains states. Some East Coast cities braced for temperatures in the triple digits.

As the stifling heat — expected to affect 200 million people — settled in for at least a fifth day, the National Weather Service issued an Excessive Heat Warnings and Heat Advisory from parts of the Texas Panhandle to the Ohio Valley, around the Great Lakes, parts of the Mid-Atlantic and in the Northeast.

An Excessive Heat Warning is issued when the combination of heat and humidity is expected to make it feel like it is 105 degrees or greater.

Daytime temperatures in the mid to upper 90s or higher plus high humidity will result in heat indices as high as 115 for some, forecasters said.

Washington, D.C., Philadelphia, New York and Boston were bracing for weekend temperatures in the triple digits. New York City and Baltimore were under a Code Red Extreme Heat Alert that is expected to continue through Sunday. 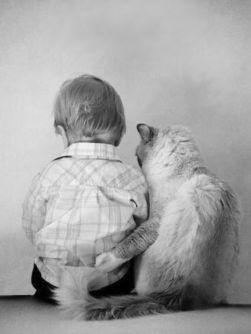 “It’s been since July of 2012 that Chicago and Philadelphia both hit 100 degrees, and Washington, D.C., hasn’t hit 100 since August of 2016,” says AccuWeather Meteorologist Danielle Knittle.

In addition, forecasters warned that overnight temperatures were not likely to fall far enough to bring relief, pariticularly in larger cities, like Chicago, St. Louis and New York City.

Dr. Christopher Rodriguez, the district’s director of Homeland Security and Emergency Management Agency, said officials will be monitoring the dangerous temperatures from an operations center.

“This is going to be one of the most severe heat events that we’ve had in the last several years,” Rodriguez said.

While midwestern cities like Milwaukee and Chicago will be affected, the East Coast is expected to take the brunt of it. Temperatures are expected to range from the mid 90’s to the triple digits, with the heat index making it feel as hot as 100 to 115 degrees.

The National Oceanic and Atmospheric Administration warned the heat can be a silent killer. Doctors are warning to watch out for signs of heat illness. Symptoms can include headache, muscle cramps, nausea. another sign is a lack of sweating.

Vox: The worst part of a heat wave is when it doesn’t cool off at night.

Extreme heat is one of the deadliest weather phenomena in the world. There are direct health effects like heat stroke, which occurs when body temperature rises to 104 degrees Fahrenheit, leading to organ failure, and heat exhaustion. 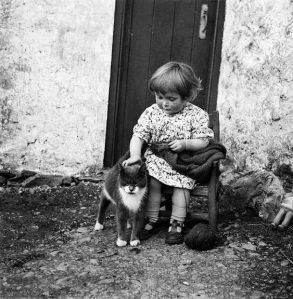 But high temperatures can also worsen conditions like high blood pressure and can limit the effectiveness of certain medications. Heat can also exacerbate air pollution, which in turn can send people to the emergency room due to breathing problems….

While it may cool off after the sun sets during a heat wave, it may not cool off enough for people who have been exposed to high temperatures all day. That leads to a higher cumulative exposure to heat.

Over the weekend, forecasters expect evening temperatures will stay above 80 degrees Fahrenheit, with the heat index remaining above 90 degrees, in some areas along the East Coast. That will make it hard for some to cool off. Health officials advise staying hydrated, wearing light clothing, and avoiding the outdoors.

It’s worse if you live in a city.

Part of the reason temperatures stay high after sunset in many parts of the country is because of the urban heat island effect. Dense cities with their concrete, steel, glass, and asphalt soak up more heat than their rural surroundings, causing temperatures to rise further than they would have otherwise during the day. In the evening, those artificial surfaces continue to dissipate their accumulated heat, keeping denizens from keeping cool. 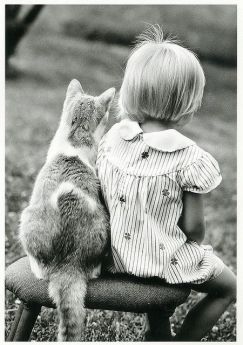 Our efforts to keep cool can also paradoxically make cities heat up. Air conditioners venting hot air outside can contribute to urban warming, and if the electricity that powers them comes from fossil fuels, they can increase the amount of heat-trapping gases in the atmosphere.

At The Atlantic, Robinson Meyer writes that “July 2019 is likely to be the hottest month ever measured.”

For the next several days, a vast blanket of oppressive heat will smother the eastern two-thirds of the United States, subjecting tens of millions of people to searingly hot days and forbidding, unrelenting nights. From the southern Plains to New England, inescapable humidity will meet broiling air to produce heat indexes in excess of 110 degrees Fahrenheit.

We are not simply talking about a series of sweltering afternoons. Even hours after the sun sets, air temperatures could hang well above 90, dipping below the 80-degree mark only in the moments before dawn. The heat index in some big cities—including New York, Chicago, and Washington, D.C.—may sit above the mid-80s for 72 hours straight.

“July is shaping up to be the warmest July on record—and probably the warmest month ever measured, since July is the hottest month of the year,” Zeke Hausfather, a climate scientist at Berkeley Earth, told me. “Obviously, we still have half the month to go. But so far, it’s on track.” (Since most of the planet’s land surface is north of the equator, and since land heats up faster than the ocean, the Northern Hemisphere’s summers are the hottest months of the year for the whole planet.) 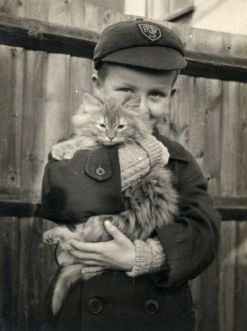 And yet the Republican Party refuses to acknowledge the causes and effects of climate change.

Today might be a good time to refer back to David Wallace Wells’ 2017 article at New York Magazine. The Uninhabitable Earth: Famine, economic collapse, a sun that cooks us: What climate change could wreak — sooner than you think.

It is, I promise, worse than you think. If your anxiety about global warming is dominated by fears of sea-level rise, you are barely scratching the surface of what terrors are possible, even within the lifetime of a teenager today. And yet the swelling seas — and the cities they will drown — have so dominated the picture of global warming, and so overwhelmed our capacity for climate panic, that they have occluded our perception of other threats, many much closer at hand. Rising oceans are bad, in fact very bad; but fleeing the coastline will not be enough.

Indeed, absent a significant adjustment to how billions of humans conduct their lives, parts of the Earth will likely become close to uninhabitable, and other parts horrifically inhospitable, as soon as the end of this century.

Even when we train our eyes on climate change, we are unable to comprehend its scope. This past winter, a string of days 60 and 70 degrees warmer than normal baked the North Pole, melting the permafrost that encased Norway’s Svalbard seed vault — a global food bank nicknamed “Doomsday,” designed to ensure that our agriculture survives any catastrophe, and which appeared to have been flooded by climate change less than ten years after being built…. 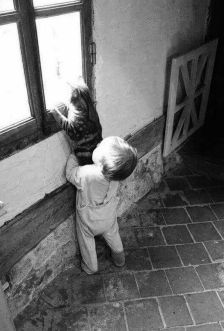 But no matter how well-informed you are, you are surely not alarmed enough. Over the past decades, our culture has gone apocalyptic with zombie movies and Mad Max dystopias, perhaps the collective result of displaced climate anxiety, and yet when it comes to contemplating real-world warming dangers, we suffer from an incredible failure of imagination. The reasons for that are many: the timid language of scientific probabilities, which the climatologist James Hansen once called “scientific reticence” in a paper chastising scientists for editing their own observations so conscientiously that they failed to communicate how dire the threat really was; the fact that the country is dominated by a group of technocrats who believe any problem can be solved and an opposing culture that doesn’t even see warming as a problem worth addressing; the way that climate denialism has made scientists even more cautious in offering speculative warnings; the simple speed of change and, also, its slowness, such that we are only seeing effects now of warming from decades past; our uncertainty about uncertainty, which the climate writer Naomi Oreskes in particular has suggested stops us from preparing as though anything worse than a median outcome were even possible; the way we assume climate change will hit hardest elsewhere, not everywhere; the smallness (two degrees) and largeness (1.8 trillion tons) and abstractness (400 parts per million) of the numbers; the discomfort of considering a problem that is very difficult, if not impossible, to solve; the altogether incomprehensible scale of that problem, which amounts to the prospect of our own annihilation; simple fear. But aversion arising from fear is a form of denial, too.

Wells has expanded this article into a book The Uninhabitable Earth: Life After Warming. You might also want to check out his article archive at New York Magazine.

So I wrote a whole post without talking about the monster in the White House. If you really want to read some politics stories, check these out: 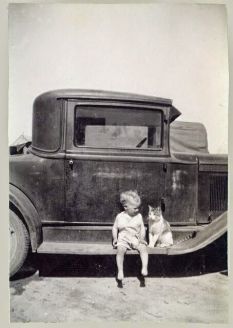 Jamelle Bouie at The New York Times: The Joy of Hatred. Trump and “his people” reach deep into the violent history of public spectacle in America.

HuffPost: Trump Puts More GOP Money In His Own Pocket During Another Million-Dollar Golf Trip.

The Washington Post: Iran seizes British tanker in Strait of Hormuz; denies Trump’s claim that drone was brought down.