← Monday Reads: If You give a Brute a Book
Flooded Friday Reads →

Do Not Disturb – Persis Clayton Weirs

It’s the weekend, and I hope all you Sky Dancers are finding ways to take care of yourselves as Trump works to destroy democracy and civility in our country. We can only hope that House Democrats in the House will find some way to rid us of the evil monster.

Thanks to Trump and the NRA funded GOP, we have a mass shooting just about every day in the U.S. Yesterday’s was a horrific one in which a “disgruntled employee” murdered 12 co-workers and injured others. The new twist in this one was that the shooter used a silencer so that people wouldn’t be warned by hearing gunshots.

The man who shot and killed 12 people at a government building Friday was identified as a 15-year employee of the city Department of Public Works and all but one of his victims were city employees, authorities announced Saturday.

DeWayne Craddock, of Virginia Beach, was an engineer who served as a project manager and contact for a number of utility projects, according to posts on the Virginia Beach web site.

“They leave a void we will never be able to fill,” city manager Dave Hansen said at the press conference.

Police Chief James A. Cervera declined to discuss a motive for the spree, but said Craddock was still a city employee at the time of the shooting and used a city issued badge to gain entry to a building in the city’ sprawling municipal complex.

Read more at the WaPo.

Trump’s latest effort to destroy the economy is his “plan” to impose tariffs on good from Mexico. That could mean we’ll be paying a lot more for fruit and vegetables at the grocery store. But that’s only the beginning of the damage Trump is trying to do.

Catherine Rampell at The Washington Post: Justm a few of the reasons that Trump’s Mexico tariffs are deeply stupid.

Amid calls for impeachment, a persistently underwater approval rating, subpoenas for financial records and an. ever-growing list of scandals, the strong economy is pretty much the only thing President Trump has going for him right now. It’s his best shot at reelection.

And for some reason he seems keen on destroying it.

On Thursday evening the Trump administration announced that it would impose a new 5 percent tariff on Mexican imports, ratcheting up in increments to 25 percent by Oct. 1. This is allegedly to pressure Mexico to stop the flow of immigrants coming to the United States.

This decision is so mind-bogglingly stupid, it’s hard to keep track of all the reasons it’s dumb.

Here’s the list of stupid reasons Rampell discusses. Go to the article to read the details.

Business Insider offers 2 maps show how every US state’s economy could be affected by Trump’s proposed Mexico tariffs. 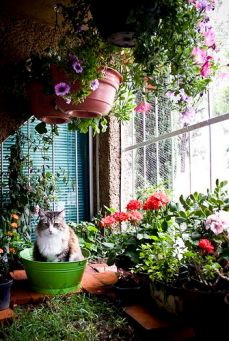 If the proposed tariffs come into effect, certain states where trade with Mexico makes up a big part of the economy could be hardest hit.

The US Census Bureau publishes annual figures for the total amount of goods imported and exported in each US state and DC. The Bureau breaks out import and export volumes for the 25 biggest trading partners for each state.

Meanwhile, states with smaller economies and that are geographically further away from Mexico exported fewer goods. Hawaii’s goods exports to Mexico in 2017 came to only about $1.4 million, and Alaska exported just $21 million in goods.

Click on the link to check out where your state stands. It looks like states that voted for Trump in 2016 will suffer the greatest damage.

Next week Trump takes his trail of destruction to Europe, beginning with a state visit to the UK. After that he’ll visit Ireland and wrap up the trip at the D-Day commemoration in France.

Facing troubles at home, beleaguered presidents often look abroad for a reset. Richard Nixon dashed off to the Middle East to “wage peace” as his presidency wobbled during Watergate. Bill Clinton flew to Russia and northern Europe a couple of weeks after admitting his affair with Monica Lewinsky….

With congressional Democrats mulling impeachment, the Europe trip should be a welcome reprieve. What’s different in the Trump era is that the president doesn’t necessarily want one.  Seldom do Trump trips go smoothly. In past visits to Europe he’s ignited international incidents of varying degrees, insulting his hosts or threatening to unravel historic alliances. But always, his mind seems elsewhere.

Heading into the four-day trip, the president appears squarely focused on the domestic scandals that his predecessors seemed only too happy to escape. That much was clear from his recent trip to Tokyo, where Trump toasted the new Japanese emperor at a banquet in the Imperial Palace. At different moments in his stay he mocked Democrats for considering impeachment, tweeted that he “smiled” when North Korean dictator Kim Jong Un insulted his potential rival in the 2020 election, Joe Biden, and boasted that he’d weathered Special Counsel Robert Mueller’s Russia investigation. “No obstruction, no collusion, no nothing,” Trump said at a news conference, standing beside his host, Japanese Prime Minister Shinzo Abe.

President Donald Trump has taken this trusty playbook for deflecting domestic scandal and turned it inside out: When traveling overseas, Trump makes clear that he’d just as soon cannonball right back into the morass he left behind.

I have no doubt Trump will embarrass himself and make sane Americans shudder.

LONDON — Britain and the U.S. may have a special relationship but President Donald Trump’s state visit will be a diplomatic balancing act for the U.K., where Trump is deeply unpopular.

Trump’s trip comes as the U.K. is facing its most significant crisis since the Second World War.

Even before his arrival on British shores, the president caused a stir by wading into the contest to replace Theresa May as prime ministerand criticising Meghan Markle, the Duchess of Sussex….

In an interview Friday with the British tabloid The Sun, Trump said Boris Johnson — the divisive populist and ex-foreign secretary who is favorite to replace May — would make an “excellent” prime minister.

“I think Boris would do a very good job. I think he would be excellent,” Trump said.

The president also referred to the American-born Duchess of Sussex as “nasty” over comments she made in 2016 threatening to move to Canada if Trump won the White House.

But he wished her well in her new life as a princess. “I am sure she will do excellently,” he added.

The comments threatened to overshadow the build up to Trump’s long-awaited state visit.

Back here at home, Trump’s personal Attorney General Bill Barr will likely be stirring up trouble as he tries to defend Trump’s indefensible criminal behavior and help him destroy what’s left of our democracy. The latest:

After the legal Establishment had granted him the benefit of the doubt, Attorney General William Barr has shocked his erstwhile supporters with his aggressive and frequently dishonest interventions on behalf of President Trump. The spectacle of an esteemed lawyer abetting his would-be strongman boss’s every authoritarian instinct has left Barr’s critics grasping for explanations. Some have seized on the darker threads of his history in the Reagan and Bush administrations, when he misled the public about a secret Department of Justice memo and helped cover up the Iran-Contra scandal.

But Barr’s long, detailed interview with Jan Crawford suggests the rot goes much deeper than a simple mania for untrammeled Executive power. Barr has drunk deep from the Fox News worldview of Trumpian paranoia….

Barr, as he has done repeatedly, provides a deeply misleading account of what Robert Mueller found. “He did not reach a conclusion,” he says. “He provided both sides of the issue, and … his conclusion was he wasn’t exonerating the president, but he wasn’t finding a crime either.”

As Mueller stated in the report and again at his press conference, he felt bound by a policy preventing him from charging the president with a crime, or even saying the president had committed a crime. Mueller’s view is that his job vis-à-vis presidential misconduct is to describe the behavior and leave it up to Congress to decide if it’s a crime. Several hundred former federal prosecutors have stated, and Mueller clearly signaled, the actions he described in the Mueller report are crimes, or would be if the president could be charged with a crime.

Later in the interview, Barr grossly contradicts Mueller’s findings with regard to Trump’s ties to Russia. “Mueller has spent two and half years, and the fact is, there is no evidence of a conspiracy,” he says. “So it was bogus, this whole idea that the Trump was in cahoots with the Russians is bogus.”

Please go read the whole thing. I can’t possibly do this piece justice with excerpts.
I’ll end there and open the floor to you to discuss these stories and others of your own choosing. Have a great weekend Sky Dancers!