Mice Factory from The Brambly Hedge, by Jill Barklem.

Wednesday was one of those huge news days that would have been shocking if any other president had been in charge. But with Trump in the White House, it was just another incredible day among hundreds of other incredible days since November 8, 2016.

The biggest news of the day: The House Judiciary Committee voted to find Cover-Up General William Barr in contempt of Congress.

The committee’s 24-to-16 contempt vote, taken after hours of debate over the future of American democracy, was the first official House action to punish a government official in the standoff over the Mueller report. The Justice Department denounced the move as unnecessary and intended to stoke a fight.

After the vote, the Judiciary Committee chairman, Representative Jerrold Nadler of New York, swatted away questions about possible impeachment, but added, “We are now in a constitutional crisis.”

The contempt vote raised the stakes in the battle over evidence and witnesses as Democrats investigate Mr. Trump over behavior detailed by Mr. Mueller, the special counsel, in his report into Russian election interference and possible obstruction of justice. By the day’s end, it seemed all but inevitable that the competing claims would have to be settled in the nation’s courts rather than on Capitol Hill.

House Intelligence Committee Chairman Adam Schiff issued a subpoena to the Justice Department on Wednesday for the unredacted version of special counsel Robert Mueller’s report, in addition to all of the foreign intelligence and counterintelligence information collected during the 22-month investigation.

The subpoena comes after Schiff (D-Calif.) and his Republican counterpart, Rep. Devin Nunes of California, made a rare joint request for the documents. Schiff said the Justice Department had yet to respond to the committee’s request, prompting him to issue a subpoena. 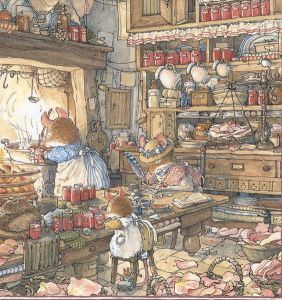 “The department has repeatedly failed to respond, refused to schedule any testimony, and provided no documents responsive to our legitimate and duly authorized oversight activities,” Schiff said in a statement.

“The department repeatedly pays lip service to the importance of a meaningful accommodation process, but it has only responded to our efforts with silence or outright defiance,” Schiff added. “Today, we have no choice but to issue a subpoena to compel their compliance.

Somewhat surprisingly, it was revealed (leaked by Don Jr.?) that The Senate Intelligence Committee has subpoenaed Donald Trump Jr. to testify about contradictions in his previous testimony. There have been suggestions that Republican Chairman Richard Burr may just want to give Junior an opportunity to clean up his previous lies to the committee.

The Senate Intelligence Committee has subpoenaed Donald Trump Jr. for him to return and testify again, and the committee is now at a standoff with President Donald Trump’s eldest son, according to sources familiar with the matter.

One option Trump Jr. is considering in response to the subpoena is to invoke his Fifth Amendment rights, and another is just to not appear at all, according to one source. The subpoena from the Republican-led Senate Intelligence panel is believed to be the first issued to one of Trump’s family members.

Discussions for Trump Jr.’s testimony began several weeks ago before special counsel Robert Mueller’s report was released, the sources say. Trump Jr.’s team resisted giving testimony, in part, because the findings of the Mueller report were still not known.

During the negotiations, the idea to use written questions and answers was floated, and at another time it was proposed that Trump Jr. sit for an untranscribed interview, according to one source.

The subpoena was issued more than two weeks ago, according to a source familiar with the matter, and it compelled Trump Jr. to testify before the committee, the source said.

The White House is escalating its war on the press. The Washington Post: White House imposes new rules on reporters’ credentials, raising concerns about access.

The White House has implemented new rules that it says will cut down on the number of journalists that hold “hard” passes, the credentials that allow reporters and technicians to enter the grounds without seeking daily permission.

The new policy has been met with some confusion and even worry among journalists, some of whom suspect that the ultimate aim is to keep critics in the press away from the White House and President Trump.

White House press secretary Sarah Sanders explicitly denied that, saying the changes were prompted by security concerns, not to punish journalists. “No one’s access is being limited,” she said Wednesday night.

And yes, yesterday there was another school shooting in Highlands Ranch, Colorado, not far from Columbine HS. And last night, Trump held another hate rally in the Florida Panhandle, at which he joked and laughed when an audience member said immigrants should be shot.

Reactions to the Constitutional Crisis

The Guardian: #ConstitutionalCrisis? Trump’s battle with Congress comes to a head, by David Smith. 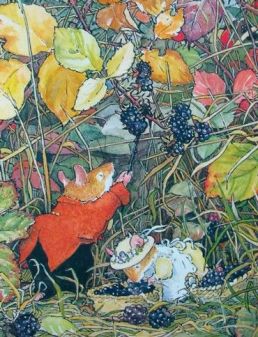 From Autumn Story, by Jill Barklem

Police this week arrested an alleged arsonist who started a fire outside the National Archives building in Washington, claiming that voices told him to “burn buildings down”. The archives display a four-page handwritten document to countless tourists and schoolchildren: the US constitution.

While the physical object remains fragile but secure, the political framework it represents is facing one of the severest threats in its 232-year history. The arsonist is Donald Trump and he is getting ever closer with his tiki torch.

On Wednesday, the House judiciary committee voted to hold Trump’s attorney general, William Barr, in contempt of Congress. It was a seminal moment in Democrats’ legal battle with the White House over access to the special counsel Robert Mueller’s report on how Russia helped Trump win the 2016 election….

“We are now in a constitutional crisis,” Nadler told reporters after the hearing. “Now is the time of testing whether we can keep our republic, or whether this republic is destined to change into a different, more tyrannical form of government. We must resist this.”

Hyperbole? I don’t think so. A bit more from The Guardian:

Alarm bells not heard before are ringing. Not because Trump has got worse – he doesn’t – but because events have forced the matter to a head. Democrats won a majority in the House of Representatives in last November’s midterm elections, obliging them to wheel out a “subpoena cannon” and end the Trump honeymoon in Washington. Then Mueller produced his long-awaited report, chronicling 10 incidents in which the president may have attempted to obstruct justice but stopping short of indictment, an unsatisfactory conclusion that made all-out political war inevitable.

Dismayingly, Barr has behaved like a political stooge, the sort of apologist one would expect in a slow-moving coup. Now Trump’s assertion of executive privilege – a move normally designed to protect the confidentiality of the Oval Office decision-making process – to hide part of the report and its underlying evidence seems baseless, intended only to trigger a long court battle and run down the clock to election day in November 2020. 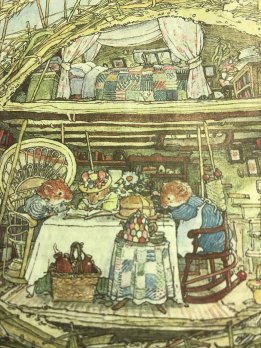 Laurence Tribe, a constitutional law professor at Harvard Law School, says: “This is more than minor fireworks. It’s a fundamental challenge to the structure of checks and balances. In particular, the president’s wholesale, blunderbuss assertion of executive privilege over the entirety of the Mueller report is legally groundless to the point of being preposterous.

The Los Angeles Times Editorial Board: Trump’s contempt for Congress is dangerous and self-serving.

After special counsel Robert S. Mueller III filed his report on his investigation into possible ties between Donald Trump’s campaign and Russia, the president hailed the report as a “total exoneration.” His attorney general has since released a redacted version of the document, which elicited a similar reaction from Trump. But now that Democrats in Congress are seeking to gain a fuller understanding of Mueller’s reasoning — including why the special counsel reached no decision about whether Trump obstructed justice — the White House is stonewalling.

On Wednesday, hours before the House Judiciary Committee voted to hold Atty. Gen. William Barr in contempt of Congress for defying a subpoena for an unredacted version of Mueller’s report, Trump, following Barr’s advice, asserted “protective” executive privilege in connection with the report and its underlying evidence. The administration already had moved to prevent former White House counsel Don McGahn from fully cooperating with the committee. And earlier, Trump tweeted that “Bob Mueller should not testify” before Congress.

The invocation of executive privilege, even on a preliminary basis, is hard to justify. By allowing McGahn to talk to Mueller’s investigators, Trump in effect waived any privilege. Congress should be free not only to question McGahn about what he told Mueller (including his sensational assertion that Trump directed him to have Mueller removed), but also to seek documents from him.

Read the rest at the LA Times.

The Palace of the Old Oak, by Jill Barklem

The most straightforward procedural suggestion for addressing executive branch noncooperation is to subpoena documents and testimony and, if they aren’t produced, hold the responsible individuals in contempt of Congress. This, it turns out, is not such a great idea.

For one thing, a congressional contempt citation like the one the House Judiciary Committee issued for Barr on Wednesday is evanescent. The process is almost comically inefficient, and requires the contempt citation to be eventually approved by the full House. The citation also expires at the end of the Congress that issued it. When a new Congress is seated, it can start again. In contrast, the executive branch marches on as an enterprise, legally speaking, from one presidency to the next. In a power struggle between president and Congress, this is a big advantage for the executive.

Read suggested solutions at the link above.

Former Senate Majority Leader Harry Reid thinks Republicans have been seduced by President Donald Trump and forgotten the whole point of the US Senate.

Sitting at his desk in his old Senate chair with his name engraved on the back, Reid complained that the Republican-led upper chamber has become too subservient to the president under current Majority Leader Mitch McConnell.

“I can’t imagine how the Republicans are being so compliant on everything [Trump] wants,” Reid told me during a recent interview in his Las Vegas office. “What’s the Senate all about?”

Read the whole thing at Vox.

What else is happening? What stories have you been following?