← Lazy Caturday Reads: These Are Dark Days
Thursday Reads: Too Much News To Process →

Friday Reads: It’s time to Fight for the Rule of Law

I’m busy trying to finish up grades here and get break started so I’m going to put up a series of things that clearly demonstrate that we have a lawless administration that must be stopped.  Congress and the Courts must do their jobs more urgently than any time in our history.  I know BB did a great job of covering this yesterday but there is more information and some astounding reporting at WAPO on Trump’s plans to disrupt the hometowns of his political rivals using Asylum Seekers and other folks seeking to cross the US Border. He has also installed an eager crony at the helm of the Department of Homeland Security (DHS).

There is continuing evidence that the Trump administration will clearly ignore law and the Constitution’s protections to ethnically cleanse our southern border. Trump massacred the professionals at the DHS to bring this disgrace of a human being to the top.

From Buzzfeed: “An ICE Official Who Said Detention Was “More Like Summer Camp” Will Now Lead The Agency. “It’s hard to imagine what’s tougher than what Nielsen and Vitiello were doing, but assuming there is such a thing, Matt is certainly up to the task,” said a former senior ICE official.”

Trump told reporters last week that he pulled acting director Ron Vitiello’s nomination to lead ICE because he wanted to go in a “tougher” direction. Vitiello informed ICE employees that he will leave the role and resign Friday.

“Beginning tomorrow I will be out of the office, during which time Acting Deputy Director Matt Albence will be leading the agency,” he wrote to ICE employees Thursday.

A former senior ICE official said of Albence: “He’s definitely enforcement minded and has long been working on making [deportation officers] more efficient and more effective at enforcing the immigration laws in the interior. It’s hard to imagine what’s tougher than what Nielsen and Vitiello were doing, but assuming there is such a thing, Matt is certainly up to the task.”

The former official said that Albence “will be very willing to follow through on implementation.”

The new acting leader first began his career at the former Immigration and Naturalization Service in the mid-’90s before moving to the Transportation Security Administration and then returning to ICE in a position overseeing operations and field training among other things. Albence has moved up the ranks at ICE since 2012, when he became a deputy assistant director. 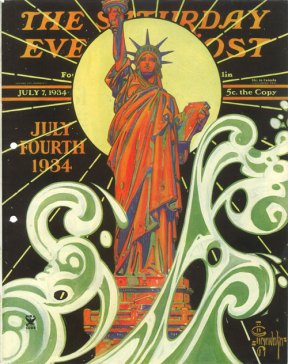 We found out last night that Trump wanted to use ICE to round up aslyum seekers then bus and dump them into sanctuary cities to essentially disrupt their functioning.  From CNN:  “Trump pressured Nielsen to release detained immigrants into so-called sanctuary cities”.

The Trump administration pressured the Department of Homeland Security to release immigrants detained at the southern border into so-called sanctuary cities in part to retaliate against Democrats who oppose President Donald Trump’s plans for a border wall, a source familiar with the discussions told CNN on Thursday.

Trump personally pushed Homeland Security Secretary Kirstjen Nielsen to follow through on the plan, the source said. Nielsen resisted and the DHS legal team eventually produced an analysis that killed the plan, which was first reported by The Washington Post.
The proposal is another example of Trump’s willingness to enact hardline immigration policies to deliver on border security, a key issue for his political base. Thursday’s reports come as the President has amplified his rhetoric on illegal immigration in recent weeks, even threatening to close the southern border if Congress and Mexico don’t take action.
White House senior adviser Stephen Miller urged senior DHS officials to make the plan a reality, the source said. The plan finally died after Miller and other White House officials pushed it in February, according to the source.
Miller was angered that DHS lawyers refused to produce legal guidance that would make the plan viable, saying the proposal would likely be illegal.
DHS officials believe that the legal standoff is one reason why Miller has pushed for the firing of John Mitnick, the general counsel for DHS, who is still with the department.
A separate DHS official confirmed there was such a proposal. “These are human beings, not game pieces,” the official said.

(Image via Wired)
In the wake of the attacks on September 11, a seventeen year old by the name of Eliza Gauger sketched this piece called “Mommy Liberty” and posted it on her live journal page.

White House officials have tried to pressure U.S. immigration authorities to release detainees onto the streets of “sanctuary cities” to retaliate against President Trump’s political adversaries, according to Department of Homeland Security officials and email messages reviewed by The Washington Post.

Trump administration officials have proposed transporting detained immigrants to sanctuary cities at least twice in the past six months — once in November, as a migrant caravan approached the U.S. southern border, and again in February, amid a standoff with Democrats over funding for Trump’s border wall.

House Speaker Nancy Pelosi’s district in San Francisco was among those the White House wanted to target, according to DHS officials. The administration also considered releasing detainees in other Democratic strongholds.

(Image via Neatorama)
he actual illustration found on the U.S. patent that was filed by Frenchman Frederic-Auguste Bartholdi, on January 2, 1870.

Besides using the DOJ to stall bringing his crime syndicate to justice, Trump has told Mnunchin to ignore the law that requires the IRS to turn Trump’s Taxes over to Congress.    This is from the Daily Beast and David Cay Johnston.

The reason will no doubt surprise those who think Trump can thumb his nose at the law governing congressional access to anyone’s tax returns, including his. It will for sure shock Trump, who claims that “the law is 100 percent on my side.”

The exact opposite is true.

Under Section 6103 of our tax code, Treasury officials “shall” turn over the tax returns “upon written request” of the chair of either congressional tax committee or the federal employee who runs Congress’s Joint Committee on Taxation. No request has ever been refused, a host of former congressional tax aides tell me.

There is, however, a law requiring every federal “employee” who touches the tax system to do their duty or be removed from office.

The crystal-clear language of this law applies to Trump, acting White House Chief of Staff Mick Mulvaney, Mnuchin and Rettig, federal employees all.

(Image via Art for a Change)
Gee Vaucher is best known for the remarkable graphics she produced for British punk rock acts in the late 70’s and early 80’s. Her works have always been socially conscious depictions of upsetting political realities.

Nancy Cook at Politico writes this lede “Trump bulldozes across the presidency’s red lines.In recent weeks, the president has labored to reshape a federal government he feels is frustrating his agenda.”As BB wrote yesterday, we clearly have a lawless president who has  cleared out the government of any professional that will follow the law and replaced them with loyal flying monkeys that will just do his bidding.

President Donald Trump has spent the last few weeks trying to bend to his will what are arguably three of the federal government’s least political institutions – the Department of Homeland Security, Federal Reserve and Department of Justice.

Frustrated by the organizations’ deliberate pace and the substance of their decision-making, Trump has tried to remake them in his own image. He’s purging staffers who disagreed with him, or whom he felt were insufficiently loyal at DHS, and he hopes to stock the Fed with vocal political allies who can do his bidding on monetary policy.

Trump cares little about how such moves will be perceived, former administration officials and Republicans close to the White House say. They argue he always prefers to push the boundaries of what is possible, legally and otherwise. And in year three of his presidency, he’s pushing harder than ever before.

On immigration, Trump has never grasped why the U.S. government could not simply hold undocumented immigrants indefinitely as they awaited immigration court proceedings, according to one person close to DHS. This so-called “catch and release” policy frustrated him, as if the government’s due process should not extend to everyone on U.S. soil. The president reportedly clashed with now-ousted DHS Secretary Kirstjen Nielsen as he sought to bar all asylum seekers from entering the country, in violation of existing law.

Every president chafes at being stymied by Congress or the law, noted Timothy Naftali, a historian and former head of the Nixon Presidential Library. What makes Trump’s actions so unprecedented, he said, is the president’s reaction: Trump appears willing to steamroll through the constraints that American presidents have traditionally respected.

“Instead of learning to become presidential and accepting the structure of the American presidency, he is trying to reshape it,” Naftali said. “He has removed anyone, it appears, who stood up to him and said he cannot do this. This is a huge test of our institutions.”

I’m going to leave all of this here to return to grading but with the fear that the people remaining in the institutions may not have a fighting chance against all this chaos and blatant disrespect for rule of law. We can not afford complacency. This process has been put on overdrive and we must stop it. Congress has remedies. They should start using them.

25 Comments on “Friday Reads: It’s time to Fight for the Rule of Law”