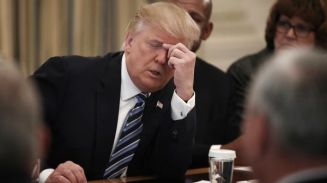 The Russia investigation news has been coming thick and fast since Trump turned in his written answers to Robert Mueller’s questions a little more than a week ago. The past two days we got revelations about Paul Manafort, but today’s breaking news is huge. This looks to be a very interesting day.

First, former Trump lawyer Michael Cohen is pleading guilty in the Mueller probe and its about Trump’s business in Russia.

Michael D. Cohen, President Trump’s former lawyer, who pleaded guilty in August to breaking campaign finance laws, made a surprise appearance in a Manhattan courtroom on Thursday morning to plead guilty to a new criminal charge, the latest turn in the special counsel’s investigation of Mr. Trump and his inner circle.

At the court hearing, Mr. Cohen admitted to making false statements to Congress about his efforts to pursue a Trump Tower deal in Moscow during the 2016 presidential campaign. That real estate deal has been a focus of the special counsel investigation into whether the Trump campaign conspired with Russian operatives.

In testimony to the Senate Intelligence Committee, Mr. Cohen played down the extent of his contact with the Kremlin about the potential project and made other false statements about the negotiations, which never led to a final deal.

Mr. Cohen’s new guilty plea comes at a particularly perilous time for Mr. Trump, whose presidency has been threatened by Mr. Cohen’s statements to investigators. In recent days, the president and his lawyers have increased their attacks on the Justice Department and the special counsel’s office.

It is virtually certain that one of Qs that Trump JUST submitted a sworn answer to Mueller on is this one. "What communication did you have with Michael D. Cohen, Felix Sater and others, including foreign nationals, about Russian real estate developments during the campaign?"

Feels like Mueller was waiting for Trump to turn his answers in before he moved to the next phase, and now that he has them, the other shoes are starting to drop. Cohen first, then Corsi, Stone, and….?

And from ABC News: Michael Cohen expected to plead guilty to lying to Congress in collusion probe; gave 70 hours of interviews to special counsel: Sources.

Cohen is scheduled to appear in federal court in Manhattan on Thursday where he is expected to enter a guilty plea for misstatements to Congress in closed-door testimony last year about his contacts with Russians during the presidential campaign.

Once among the president’s most loyal and zealous defenders in business and politics, Cohen has now promised to “put family and country first” by cooperating with prosecutors, becoming perhaps the most pivotal public witness against his former boss.

Cohen’s earlier plea deal with federal prosecutors in the Southern District of New York implicated President Trump in campaign finance felonies. Since then, Cohen has spent more than 70 hours in interviews with Mueller’s team. The questioning has focused on contacts with Russians by Trump associates during the campaign, Trump’s business ties to Russia, obstruction of justice and talk of possible pardons, sources familiar with the discussions have told ABC News. 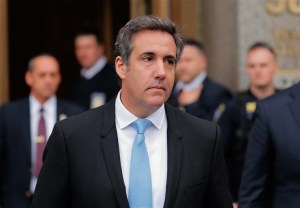 As Trump’s personal attorney and problem solver for more than a decade, Cohen’s portfolio at the Trump Organization covered personal and business matters both routine and highly sensitive. His dealings while serving as a senior executive in Trump’s global empire include several projects thought to be of interest to Mueller’s prosecutors, most notably the pursuit of a Trump Tower project in Moscow during the presidential campaign.

“It cannot be determined if Cohen’s cooperation will lead to other criminal allegations,” Coffey said. “But for most high-powered business people with complex business interests, having one’s personal attorney become a star witness for the prosecution is the worst possible legal nightmare.”

MSNBC is now reporting that Trump has suddenly changed his story this morning, arguing that just because he was running for president “doesn’t mean I’m not allowed to do business.” But during the campaign and after, he claimed he had no business and no deals in Russia.

"Cohen was in frequent contact with foreign individuals about Trump Moscow — and that some of these individuals had knowledge of or played a role in 2016 election meddling” https://t.co/aYpDkt8v5I

Trump's attacks on the Mueller probe late last night and again early this morning raise a huge question: did Whitaker brief him on what was coming today?

You might want to check out Ryan Goodman’s Twitter timeline. He has lots of interesting stuff to say this morning.

And there’s more huge news out of Germany where the headquarters of Trump’s bankers were raided.

BERLIN — One hundred seventy officers searched the headquarters of Deutsche Bank in Frankfurt and five other sites in the area early Thursday as part of a money-laundering investigation involving hundreds of millions of euros, prosecutors in Frankfurt said.

Two employees, who were not publicly identified but whose ages were given as 50 and 46, and other “unidentified people in positions of authority” are suspected of failing to report possible money laundering for transactions worth 311 million euros, or more than $350 million. 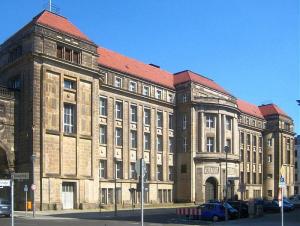 The money flowed to organizations in the British Virgin Islands before spring 2016, prosecutors said in an emailed statement.

The German bank confirmed in a statement that the police were investigating several of its offices in Germany and said the investigation related to the Panama Papers, a trove of files that put a spotlight on global money laundering. “We are cooperating fully with the authorities,” Deutsche said in the statement.

We don’t know yet whether this investigation will affect Trump, but he has to be worried about it.

More news from last night, in case you missed it:

The calls almost always came deep into the night.

Caller ID labeled them “unknown,” but Roger Stone said he knew to pick up quickly during those harried months of the 2016 presidential campaign. There would be a good chance that the voice on the other end of the line would belong to his decades-long friend — the restless, insomniac candidate Donald Trump — dialing from a blocked phone number.

Those nocturnal chats and other contacts between the man who now occupies the Oval Office and an infamous political trickster have come under intensifying scrutiny as special counsel Robert S. Mueller III’s investigation bores into whether Stone served as a bridge between Trump and WikiLeaks as the group was publishing hacked Democratic emails.

Mueller’s keen interest in their relationship was laid out in a draft court document revealed this week in which prosecutors drew a direct line between the two men — referring to Stone as someone understood to be in regular contact with senior Trump campaign officials, “including with then-candidate Donald J. Trump.”

The inclusion of the president by name in the draft filing rattled his legal team and indicated how closely the special counsel is scrutinizing what Trump may have learned from Stone about WikiLeaks’ release of emails that prosecutors say were hacked by Russian intelligence operatives.

In recent months, the Trump Organization turned over to Mueller’s team phone and contact logs that show multiple calls between the then-candidate and Stone in 2016, according to people familiar with the material.

Read more at the WaPo. This story also provides more evidence that that blocked number that Don Jr. called after the Trump Tower meeting was Trump.

I’m going to put this post up right away, because there is likely to be a lot more breaking news today. We can use this as a live blog.