By Edward B. Gordon

Over the past couple of weeks, Trump has downplayed an attempt to assassinate at least 13 present and former Democratic officials and prominent Democrats as well as the hate crime murder of 11 Jews in a Pittsburgh synagogue. His deepest expressed concern about these horrific events has been that they interfered with media coverage of his Hitler rallies. In addition, Trump has blatantly lied about a group of Honduran asylum-seekers, claiming their “caravan” represents a national emergency that requires the deployment of thousands of active-duty troops on the Southern border. I think at this point it’s appropriate to label Trump’s behavior and rhetoric as fascism. I’m far from the only one saying this.

The Washington Post: Trump deploys the fascist playbook for the midterms, by Ishaan Tharoor

President Trump’s message is as clear as it is ugly: Fearmongering about illegal immigration will deliver his party the votes it needs to retain control of Congress. And so, in the final stretch before next week’s midterm election, the president and his allies have launched a blitzkrieg of misinformation. 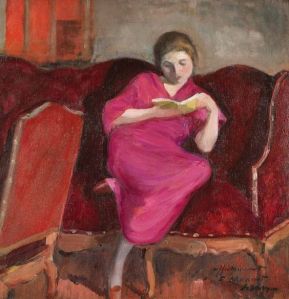 In a move unprecedented in modern American history, Trump ordered thousands of active-duty troops to the border to intercept a caravan of Central American migrants, casting them as a menacing “invasion” of “unknown Middle Easterners” and other shadowy elements. His allies at right-wing media outlets spread lurid conspiracy theories about liberals enabling disease-bearing foreigners to infiltrate the country.

Even as attention shifted to a spate of right-wing violence, including the slaughter of 11 people at a Pittsburgh synagogue that critics linked to the president’s rhetoric, Trump barreled on, undaunted. On Thursday, he gave a speech at the White House where he warned that U.S. troops would shoot violent migrants at the border. He also shared an ad that sought to connect the Democratic Party to murders carried out by a man twice deported to Mexico, and then to link the man’s murderous behavior to the supposed threat posed by all migrants.

Taroor links to several other writers on the subject, including:

Timothy Snyder at The Guardian: Donald Trump borrows from the old tricks of fascism.

The governing principle of the Trump administration is total irresponsibility, a claim of innocence from a position of power, something which happens to be an old fascist trick. As we see in the president’s reactions to American rightwing terrorism, he will always claim victimhood for himself and shift blame to the actual victims. As we see in the motivations of the terrorists themselves, and in the long history of fascism, this maneuver can lead to murder.

The Nazis claimed a monopoly on victimhood. Mein Kampf includes a lengthy pout about how Jews and other non-Germans made Hitler’s life as a young man in the Habsburg monarchy difficult. After stormtroopers attacked others in Germany in the early 1930s, they made a great fuss if one of their own was injured. The Horst Wessel Song, recalling a single Nazi who was killed, was on the lips of Germans who killed millions of people. The second world war was for the Nazis’ self-defense against “global Jewry”.

The idea that the powerful must be coddled arose in a setting that recalls the United States of today. The Habsburg monarchy of Hitler’s youth was a multinational country with democratic institutions and a free press. Some Germans, members of the dominant nationality, felt threatened because others could vote and publish. Hitler was an extreme example of this kind of sentiment. Today, some white Americans are similarly threatened by the presence of others in institutions they think of as their own. Among the targets of the accused pipe bomber were four women, five black people and two Jews. Just as (some) Germans were the only serious national problem within the Habsburg monarchy, so today are (some) white Americans the only serious threat to their own republic.

How does this apply to Trump?

Trump and some of his supporters mount a strategy of deterrence by narcissism: if you note our debts to fascism, we will up the pitch of the whining. Thus Trump can base his rhetoric on the fascist idea of us and them, lead fascist chants at rallies, encourage his supporters to use violence, praise a politician who attacked a journalist, muse that Hillary Clinton should be assassinated, denigrate the intelligence of African Americans, associate migrants with criminality, run an antisemitic advertisement, spread the Nazi trope of Jews as “globalists”, and endorse the antisemitic idea that the Jewish financier George Soros is responsible for political opposition – but he and his followers will puff chests and swell sinuses if anyone points this out.

If Trump is not a fascist, this is only in the precise sense that he is not even a fascist. He strikes a fascist pose, and then issues generic palliative remarks and denies responsibility for his words and actions. But since total irresponsibility is a central part of the fascist tradition, it is perhaps best to give Trump his due credit as an innovator.

The next piece is very long, but I hope you’ll go read it. I can’t do it justice with excerpts. From the Literary Hub, Aleksandar Hemon on Civility: Fascism is Not an Idea to Be Debated, It’s a Set of Actions to Fight. Hemon is from Bosnia. His essay responds to The New Yorker’s quickly aborted invitation to Steve Bannon to discuss his “ideas” with editor-in-chief David Remnick.

The public discussion prompted by the (dis)invitation confirmed to me that only those safe from fascism and its practices are far more likely to think that there might be a benefit in exchanging ideas with fascists. What for such a privileged group is a matter of a potentially productive difference in opinion is, for many of us, a matter of basic survival. The essential quality of fascism (and its attendant racism) is that it kills people and destroys their lives—and it does so because it openly aims so.

Witness Stephen Miller and Donald Trump’s “zero tolerance for illegal immigration” policy. Fascism’s central idea, appearing in a small repertoire of familiar guises, is that there are classes of human beings who deserve diminishment and destruction because they’re for some reason (genetic, cultural, whatever) inherently inferior to “us.” Every fucking fascist, Bannon included, strives to enact that idea, even if he (and it is usually a he—fascism is a masculine ideology, and therefore inherently misogynist) bittercoats it in a discourse of victimization and national self-defense. You know: they are contaminating our nation/race; they are destroying our culture; we must do something about them or perish. At the end of such an ideological trajectory is always genocide, as it was the case in Bosnia.

The effects and consequences of fascism, however, are not equally distributed along that trajectory. Its ideas are enacted first and foremost upon the bodies and lives of the people whose presence within “our” national domain is prohibitive. In Bannon/Trump’s case, that domain is nativist and white. Presently, their ideas are inflicted upon people of color and immigrants, who do not experience them as ideas but as violence. The practice of fascism supersedes its ideas, which is why people affected and diminished by it are not all that interested in a marketplace of ideas in which fascists have prime purchasing power.

The error in Bannon’s headlining The New Yorker Festival would not have been in giving him a platform to spew his hateful rhetoric, for he was as likely to convert anyone as he himself was to be shown the light in conversation with Remnick. The catastrophic error would’ve been in allowing him to divorce his ideas from the fascist practices in which they’re actualized with brutality. If he is at all relevant, it is not as a thinker, but as a (former) executive who has worked to build the Trumpist edifice of power that cages children and is dismantling mechanisms of democracy.

The Independent: Fascism has arrived in Brazil – Jair Bolsonaro’s presidency will be worse than you think.

Buzzfeed News: Trump Said US Soldiers Should Shoot Rock-Throwing Migrants, And Vets Were Having None Of That.