I wonder if life in Trumpworld will get better after the elections are over? My guess is no, but I’m still hoping. Today’s news is so depressing that I don’t even want to read most of it, much less post it here.

Trump released his very own Willie Horton-style ad, his big lies are getting bigger by the day, his hate speech is getting more and more overt, and he’s threatening to send 15,000 troops to the Southern border to defend against a rag-tag group of mostly women and children. And the awful truth is that members of the media are aiding and abetting his disgusting behavior.

Before I get to some recommended reads, here are some feel-good Halloween stories.

Buzzfeed: The Little Girl Obsessed With Michelle Obama’s Portrait Dressed As Her For Halloween.

Remember Parker Curry? She was the little girl who went viral in March after she was photographed staring in awe at Michelle Obama’s official portrait.

I’m sure you can guess what Parker wanted to be on Halloween.

Jessica told BuzzFeed News Wednesday that when she asked Parker what she wanted to dress as for Halloween, the toddler’s response was immediate.

“Flat out. No hesitation. Half of a second later. ‘I want to be Michelle Obama,’ and I was like Whoa,” Jessica recalled. “I thought she was going to be like, ‘I want to be Elsa or some other character like that.”

Jessica found someone who offered to make the costume. Here it is:

Remember Parker Curry, the little girl who was in awe of Michelle Obama’s portrait earlier this year? Check out her Halloween costume (and the Op-Ed by her mom) https://t.co/IUkez2N9bb pic.twitter.com/rOcoFdQAHJ

NASHVILLE, Tenn. (WZTV) – A boy from Gallatin traded in a superhero cape for medical tape Friday at his school’s “Hero Day.”

During the Red Ribbon Week dress-up day, the rest of his classmates donned costumes of fictional characters, but not Tayir Thomas. The fifth grader told his mother he wanted to be different and dress as a “real hero.”

So, wearing a gray hoodie with the word “live” on his chest and tape on his right hand, Tayir showed up to Union Stem Elementary dressed as James Shaw Jr.

NASHVILLE, Tenn. (WZTV) – A boy from Gallatin traded in a superhero cape for medical tape Friday at his school’s “Hero Day.”

When a gunman opened fire at an Antioch Waffle House in April, James Shaw Jr. jumped into action and grabbed the barrel of the shooter’s AR-15 and threw it behind the diner’s counter. Police say the move saved many lives.

And then he got to meet his hero in person!

Now for some reads:

The New York Times has an op-ed by psychiatrist Richard A. Friedman: The Neuroscience of Hate Speech. An excerpt:

Of course, it’s difficult to prove that incendiary speech is a direct cause of violent acts. But humans are social creatures — including and perhaps especially the unhinged and misfits among us — who are easily influenced by the rage that is everywhere these days. Could that explain why just in the past two weeks we have seen the horrifying slaughter of 11 Jews in a synagogue in Pittsburgh, with the man arrested described as a rabid anti-Semite, as well as what the authorities say was the attempted bombing of prominent Trump critics by an ardent Trump supporter?

You don’t need to be a psychiatrist to understand that the kind of hate and fear-mongering that is the stock-in-trade of Mr. Trump and his enablers can goad deranged people to action. But psychology and neuroscience can give us some important insights into the power of powerful people’s words.

We know that repeated exposure to hate speech can increase prejudice, as a series of Polish studies confirmed last year. It can also desensitize individuals to verbal aggression, in part because it normalizes what is usually socially condemned behavior.

At the same time, politicians like Mr. Trump who stoke anger and fear in their supporters provoke a surge of stress hormones, like cortisol and norepinephrine, and engage the amygdala, the brain center for threat. One study, for example, that focused on “the processing of danger” showed that threatening language can directly activate the amygdala. This makes it hard for people to dial down their emotions and think before they act.

Mr. Trump has managed to convince his supporters that America is the victim and that we face an existential threat from imagined dangers like the migrant caravan and the “fake, fake disgusting news.”

What is President Donald Trump running on in the final days of the midterm campaign? He’s going with – once again – full-on bigotry, with nonstop talk about fictional riots over sanctuary cities, fictional threats from a group of poor migrants heading north, and now a racist ad that is reminding people of the ugliest campaign spots in recent history. He’s also talking about taking citizenship away from … well, it’s not exactly clear. But certainly lots of very scary, very threatening Thems.

And, yes, he’s doing all this a week after bombs were mailed to high-profile Democrats and shootings in Pittsburgh and Kentucky. I think he’s also complaining that Democrats are dividing the nation. Contradictions of logic don’t bother him very much.

There’s a lot to say about a president who would campaign like this and a party that would mostly go along with it. But an important thing to remember is that, as the Fix’s Aaron Blake noted this week, we have no idea if any of this will actually help Republicans win.

So far, there’s very little evidence that it’s helping. Yes, Republicans have solidified their position in the Senate a bit, but it’s not clear that that’s due to any recent campaigning or events. (If there was one event that seemed to have moved Nate Silver’s Senate forecast, it was Brett Kavanaugh’s confirmation battle.) It’s more likely due to natural Republican voters returning home, which was always the big danger for Democrats in states such as Indiana, Missouri, North Dakota, Tennessee and Texas. And remember that Republicans are benefiting from this year’s Senate map: Democrats would have to win in safe states, swing states, and even some quite red states to gain any ground.

Read the rest at Bloomberg.

Kevin Drum writes that the Internet is helping, not hurting: Social Media Is Making the World a Better Place. Quit Griping About It.

I once wrote that the internet makes smart people smarter and dumb people dumber. Likewise, it might very well make good people better and bad people worse. But on average, that doesn’t mean the world is a worse place. So why does it seem so much worse? 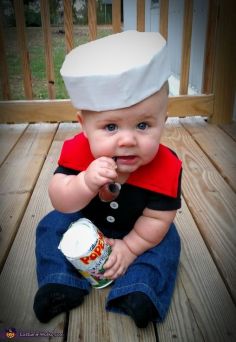 Contrary to common opinion, however, this has little to do with the nature of these mediums. Sure, they’ve become more visceral over time: first words, then pictures, then voice, then moving images, and finally all of that packaged together and delivered with the power of gossip from a trusted friend. But what’s really different is how much time we spend on them—and by this I mean the time we spend on news, not crossword puzzles or Gilligan’s Island. We are addicted to our smartphones, and that means we spend far more time absorbing news than we used to with TV or radio. There’s the news we actively seek out. There’s the news we get after acccidentally clicking on something else. And then, just to make sure we don’t miss one single thing, there’s the news that’s forced on us because we’ve set up our smartphones to buzz and beep at us when something happens.

This means that we are aware of much more news than in the pre-internet days.

And that brings me circuitously to my point: broadly speaking, the world is not worse than it used to be. We simply see far more of its dark corners than we used to, and we see them in the most visceral possible way: live, in color, and with caustic commentary. Human nature being what it is, it’s hardly surprising that we end up thinking the world is getting worse.

Instead, though, consider a different possibility: the world is roughly the same as it’s always been, but we see the bad parts more frequently and more intensely than ever before.

Read the rest at Mother Jones.

Matthew Yglesias: Journalists should stop repeating Trump’s lies. Plus, we need a more robust theory of the media.

Covering President Donald Trump is hard, but the media is blowing the easy parts.

That’s what I thought as I read Ezra Klein’s fascinating, troubling take on Vox about how Trump manipulates the media. Ezra raises a lot of really good, really difficult questions about how the media can and should handle the situation in which Trump clearly wants to bait the press into a Trump versus the media narrative.

Yet what I’m hung up on are the easy questions. Tuesday morning, for example, Axios published an interview/scoop in which Trump floated the idea of trying to abrogate birthright citizenship via an executive order. This is ridiculous on its face as a procedural matter, but substantively Trump remarked that “We’re the only country in the world where a person comes in and has a baby, and the baby is essentially a citizen of the United States.”

That’s a pithy, punchy line, but it’s also completely untrue. The citizenship standard known as unrestricted jus soli exists in Canada, the United States, Mexico, Chile, Argentina, Brazil, Jamaica, Barbados, and about 30 more countries, almost all of them, like the ones I named, located in the Western Hemisphere.

When a public official makes a material misstatement of fact, you might want to do a story about the fact that he is lying or confused or ignorant or whatever you think is going on. But you don’t just relay the misinformation in your social media copy and headlines.

Read the whole thing at Vox.

That’s all I’ve got for today. What stories are you following?

27 Comments on “All Hallows Day Reads”