I keep fighting back the urge to sing “It’s the end of the world as we know it” even though it seems like that way on so many fronts. The most dreadful of all gaslighting tricks fills the airwaves.  Brett Kavanaugh and his republican enablers are pretending that they are the victims of women’s hysteria while Dr. Ford can’t return to her home because of actual threats. Then, there are the rest of us. The people that aren’t white males or white male enablers.  How many more rights can they strip?

We’re looking to a future of having our voting rights stripped, our right to self determine our access to health care removed, and the enabling of police to shoot unarmed black men while white men complain they can’t watch their football without seeing folks bending a knee to remind them of the injustice. We’re looking to a future of likely seeing a President put above the law even though his obstruction of justice, theft of public property, and cooperation with Russian agents is there for nearly all to see. We’re going to continue to watch children and babies thrown into tents in the middle of deserts and jail cells after being ripped away from their parents.  We’re going to see the folks that need protection from our bad foreign policy flee to our borders only to be incarcerated for asking for refuge. We’re looking to losing spouses, jobs, and rights because of who we love and wish to marry.  In each of us, there is all of us.

We have to take one of the Houses of Congress away from the Republicans to turn this around.

There are other things we have to turn around too and I fully admit that I’ve thrown myself at the wall a few too many times to rise again. And yet, like every one else, I must.  We must.

From WAPO: “The world has just over a decade to get climate change under control, U.N. scientists say. “There is no documented historic precedent” for the scale of changes required, the body found.”

The world stands on the brink of failure when it comes to holding global warming to moderate levels, and nations will need to take “unprecedented” actions to cut their carbon emissions over the next decade, according to a landmark report by the top scientific body studying climate change.

With global emissions showing few signs of slowing and the United States — the world’s second-largest emitter of carbon dioxide — rolling back a suite of Obama-era climate measures, the prospects for meeting the most ambitious goals of the 2015 Paris agreement look increasingly slim. To avoid racing past warming of 1.5 degrees Celsius (2.7 degrees Fahrenheit) over preindustrial levels would require a “rapid and far-reaching” transformation of human civilization at a magnitude that has never happened before, the group found. 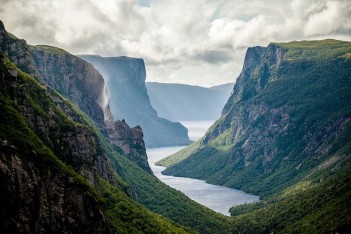 NYT: “Major Climate Report Describes a Strong Risk of Crisis as Early as 2040″

The report, issued on Monday by the Intergovernmental Panel on Climate Change, a group of scientists convened by the United Nations to guide world leaders, describes a world of worsening food shortages and wildfires, and a mass die-off of coral reefs as soon as 2040 — a period well within the lifetime of much of the global population.

The report “is quite a shock, and quite concerning,” said Bill Hare, an author of previous I.P.C.C. reports and a physicist with Climate Analytics, a nonprofit organization. “We were not aware of this just a few years ago.” The report was the first to be commissioned by world leaders under the Paris agreement, the 2015 pact by nations to fight global warming.

The authors found that if greenhouse gas emissions continue at the current rate, the atmosphere will warm up by as much as 2.7 degrees Fahrenheit (1.5 degrees Celsius) above preindustrial levels by 2040, inundating coastlines and intensifying droughts and poverty. Previous work had focused on estimating the damage if average temperatures were to rise by a larger number, 3.6 degrees Fahrenheit (2 degrees Celsius), because that was the threshold scientists previously considered for the most severe effects of climate change.

The new report, however, shows that many of those effects will come much sooner, at the 2.7-degree mark. 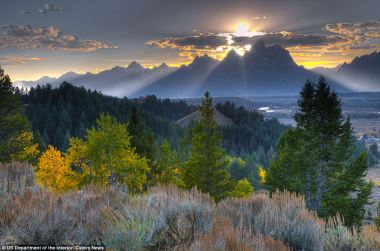 The Guardian: “We have 12 years to limit climate change catastrophe, warns UN”

At 2C extremely hot days, such as those experienced in the northern hemisphere this summer, would become more severe and common, increasing heat-related deaths and causing more forest fires.

But the greatest difference would be to nature. Insects, which are vital for pollination of crops, and plants are almost twice as likely to lose half their habitat at 2C compared with 1.5C. Corals would be 99% lost at the higher of the two temperatures, but more than 10% have a chance of surviving if the lower target is reached.

Sea-level rise would affect 10 million more people by 2100 if the half-degree extra warming brought a forecast 10cm additional pressure on coastlines. The number affected would increase substantially in the following centuries due to locked-in ice melt.

Oceans are already suffering from elevated acidity and lower levels of oxygen as a result of climate change. One model shows marine fisheries would lose 3m tonnes at 2C, twice the decline at 1.5C.

Sea ice-free summers in the Arctic, which is warming two to three times fast than the world average, would come once every 100 years at 1.5C, but every 10 years with half a degree more of global warming.

Back to Judge Bad News and Worse Temperament … Sarah Kendzior writes this for Canada’s Globe and Mail: “Kavanaugh’s appointment isn’t a step backward. It’s a head-first plunge into an ugly past”.

The confirmation of Justice Kavanaugh was, at heart, a referendum on the integrity of U.S. institutions and of the impunity of elites – and the U.S. failed. Senators who purport to believe in rule of law vouched for a judge who sees himself as above it. Senators who purport to believe in democracy honoured a man who degrades it, and did so in deference to a man seemingly attempting to destroy it – President Trump.

Checks and balances are nearly gone. The executive branch was long ago corrupted; the independent legislature neutered by a GOP majority nakedly seeking one-party rule. Until now, the judiciary had been the strongest bulwark against autocracy, having struck down many of Mr. Trump’s unconstitutional executive orders during his first year. The Trump administration responded by packing the courts, appointing right-wing judgesto lifetime appointments and purging attorneys they view as opponents. Justice Kavanaugh is the final nail in that coffin.

This is now Mr. Trump’s Supreme Court of the United States, run on white male entitlement and alternative facts. Justice Kavanaugh is expected to act as Mr. Trump’s legal lackey, exonerating him regardless of the charge or the evidence. His appointment may not only end the efficacy of the Robert Mueller probe, but curtail other attempts to prosecute Mr. Trump or his aides on state charges, due to a case, Gamble v. The United States, that the Supreme Court is set to hear this term.

Autocrats rewrite the law so they are no longer breaking it, and they hire and fire accordingly. This is why I have been warning for years that Donald Trump, whose seemingly autocratic consolidation grows stronger every day, was akin to a criminal able to someday select his own judge or delay his own trial – and now he has. This is why a purge of the FBI was followed by a sham FBI investigation into Justice Kavanaugh, reminiscent of those of authoritarian states, with key witnesses and evidence ignored.

For the President, the confirmation of this judge is a hand-picked gift, but for ordinary Americans, he marks the end of truths we deemed self-evident. Justice Kavanaugh marks the imposition of a corrosive new reality. The Supreme Court is likely to roll back decades of hard-earned rights, particularly voting rights, civil rights and women’s rights.

Also, a lot of Trump’s thug buddies in thuggish countries are disappearing journalists and others.

Trump administration has yet to say a single word about the disappearance of Jamal Khashoggi, allegedly at the hands of Saudi agents who lured him to a consulate, incapacitated him, then snuck him or his corpse away to unknown locale https://t.co/2AhysH5P4A

The silence is showing exactly what kind of country we’ve become.  We’re just another one of those ugly countries where the ruling class can’t possibly be bothered with human rights and hates the idea of a free press.

That’s all I can stomach today.

I’m trying to stay focused on the city around me because it’s kinda where I am right now and it appears the housing market has shifted against me in the last six months.  It’s one of those signs that tells me that the economy is likely to get pretty ugly pretty fast.   So, hug the ones around you, be thankful for what you have, and drag at least 10 people with you to the voting both in November.

It’s a matter of life and death for all of us.