One of Trump’s biggest lies was his promise to “drain the swamp.” Instead, he and his cronies have turned Washington, D.C. into a playground for swamp creatures from all over the country and the world.

What a day! Chris Collins got arrested, Wilbur Ross turns out to be a thief & grifter, seems Ajit Pai lied about the whole DDOS attack during the Net Neutrality repeal, Scott Pruitt lied about climate change, & Devin Nunes admitted they still intend to impeach Rosenstein. Whew!

And that tweet leaves out the asbestos story! Alexandra Petri at The Washington Post: Make America Asbestos Again.

One of them wants to come to your country legally, work a job, contribute and eventually become a citizen. The other… is asbestos.

Guess which one President Trump has, historically, been vocally in favor of, and which one Trump’s administration is about to emit guidelines to discourage as much as it can? No, you do not need to guess. It is the Trump administration, and obviously its attitude is “LEGAL IMMIGRANTS are the real danger here. Give us more asbestos, please.”

That’s right. Not only have we not gotten around to banning asbestos, as nearly 60 other countries have, but also a Significant New Use Rule proposed by the Environmental Protection Agency in June (open for comment until Aug. 10!) would allow the case-by-case approval of certain uses of asbestos! Hooray! We have too many people coming here to try to build better lives! We have too little asbestos! You’re welcome! 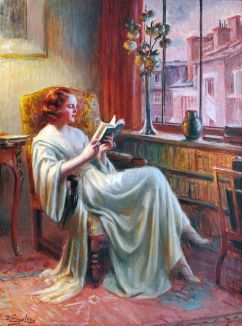 One of them wants to come to your country legally, work a job, contribute and eventually become a citizen. The other… is asbestos.

Guess which one President Trump has, historically, been vocally in favor of, and which one Trump’s administration is about to emit guidelines to discourage as much as it can? No, you do not need to guess. It is the Trump administration, and obviously its attitude is “LEGAL IMMIGRANTS are the real danger here. Give us more asbestos, please.”

That’s right. Not only have we not gotten around to banning asbestos, as nearly 60 other countries have, but also a Significant New Use Rule proposed by the Environmental Protection Agency in June (open for comment until Aug. 10!) would allow the case-by-case approval of certain uses of asbestos! Hooray! We have too many people coming here to try to build better lives! We have too little asbestos! You’re welcome! [….]

All of the things we had hoped to leave in the ’80s are here right now with a big TRUMP seal attached.

Jonathan Chait: The Whole Republican Party Seems to Be Going to Jail Now.

(1) The trial of Paul Manafort, which has featured the accusation that President Trump’s campaign manager had embezzled funds, failed to report income, and falsified documents. His partner and fellow Trump campaign aide, Rick Gates, confessed to participating in all these crimes, as well as to stealing from Manafort.

(2) Yesterday, Forbes reported that Commerce Secretary Wilbur Ross may have stolen $120 million from his partners and customers. Meanwhile Ross has maintained foreign holdings in his investment portfolio that present a major conflict of interest with his public office. (The “Don’t worry, Wilbur Ross would never do anything unethical just to pad his bottom line” defense is likely to be, uh, unconvincing to the many people filing suit against Ross for allegedly doing exactly that.)

(3) Also yesterday, ProPublica reported that the Department of Veterans Affairs is being effectively run by three Trump cronies, none of whom have any official government title or public accountability. The three, reports the story, have “used their influence in ways that could benefit their private interests.”

(4) And then, this morning, Representative Chris Collins was arrestedfor insider trading. Collins had been known to openly boast about making millions of dollars for his colleagues with his insider knowledge. He is charged with learning of an adverse FDA trial, and immediately calling his son — from the White House! — urging him to sell his holdings.

Yes, yesterday was “quite a day.”

Wilbur Ross, like his former White House colleague, Scott Pruitt, is an interesting and unevolved version of Homo Paludosus: mired in myriad and ongoing ethical conflicts, subjected to tawdry revelations about his finances and business practices, and yet apparently impervious to extinction.

Ross, to be sure, hasn’t trafficked in all of the deeply swampy acts that made Pruitt so scandalicious. As far as we know, Ross hasn’t enlisted his security detail and staff to go shopping for him, he hasn’t hit up lobbyists for bargain condo rentals, and he hasn’t asked a big corporation to give his wife a business.

On the other hand, Ross, a veteran Wall Street dealmaker and investor, joined President Donald Trump’s cabinet as secretary of commerce already saddled with ongoing investments in companies and industries that would be directly affected – and possibly helped – by his policy decisions.

Read the rest at Bloomberg News.

CNN follows up on ProPublica’s scoop on the Mar-a-Lago-gang who are running the VA from outside the government:

This group of three, led by Marvel Entertainment chairman Ike Perlmutter, was very open about the fact that they had been “anointed by the President and had his full support to influence policy at the VA” despite never being appointed or installed as formal advisers, the source said.

Bruce Moskowitz, a Palm Beach doctor, and lawyer Marc Sherman were the other two individuals who worked to influence the VA from the outside, the source confirmed.

The trio, known within the VA as “the Mar-a-Lago crowd,” have used their influence with Trump and within the VA for personal gain, badgering career staff, pushing certain policies and products and ignoring government rules and processes, ProPublica said.

It cited hundreds of documents obtained through the Freedom of Information Act in the article, which says the three exercised their influence without “transparency, accountability or oversight,” and that officials traveled to Mar-a-Lago at taxpayer expense to hear their views….

“Trump gave power to make decisions at the VA – affecting every US veteran – to three men who are neither government officials nor vets. Their only qualification: membership at Mar-A-Lago, for which they pay Trump,” Beyer said.

The ranking Democrat on the House Committee on Veterans’ Affairs wrote to VA Secretary Robert Wilkie on Wednesday, demanding any and all communications between VA officials and Perlmutter, Moskowitz and Sherman.

“The situation reeks of corruption and cronyism,” said Rep. Tim Walz of Minnesota in a statement.

It reeks alright. Everything about Trump’s “administration” smells to high heaven!

When Trump told his MAGA cultists that “I know the best people,” he apparently meant the best cheaters, liars, and crooks–even worse than any normal person could imagine. One of those crooks is on trial in Virginia right now, good old Paul Manafort, Trump’s campaign manager.

All the experts say that the case against Manafort is rock solid, but I can’t help worrying about the crazy judge who’s in charge of the case. The New York Times has a profile of him today: Judge in Manafort Trial Is a ‘Caesar’ in His Own Rome.

Judge T. S. Ellis III had dismissed the jury for the day, but he was not quite finished opining about what he saw as irrelevant and repetitive questioning of a witness in the financial fraud trial of Paul Manafort.

Standing up so as to loom even larger over the courtroom, he angrily confronted Greg D. Andres, the lead prosecutor.

“Look at me,” the judge demanded, slamming his hand on the wooden ledge. “When you look down, it’s as if to say, you know, that’s B.S., I don’t want to listen to any more from you.”

And so for the second time that afternoon, the prosecutor had to try to convince the judge that he only looked down because otherwise, he said, he would “be yelled at again by the Court” for his facial expression when “I’m not doing anything wrong, but trying my case.”

The Judge keeps riding the prosecution and trying to control how they present their case. 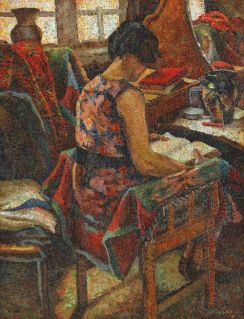 Judge Ellis, 78, is the formidable ringmaster of the greatest show in the United States District Court in Alexandria, Va., demanding both precise questioning and a breakneck pace in the trial of Mr. Manafort, President Trump’s former campaign chairman.

He has routinely broken in on questioning, limited admission of evidence and exhorted lawyers to “expedite” — all the while entertaining spectators with humorous asides about his age, his wife, his Navy past, his lack of an email address, the jury’s lunch menu, split infinitives and the noise produced by a machine intended to keep bench conferences from being overheard (like “the sound of waves crashing”).

An appointee of President Ronald Reagan, he has pushed the customary limits of judicial intervention so far that Mr. Andres at one point seemed to suggest the prosecution had grounds to appeal. After the prosecutor complained Monday about the number of times “your honor stops us and asks us to move on,” the judge declared that he would stand by the record.

“I will stand by the record, as well,” Mr. Andres responded.

“Then you will lose,” Judge Ellis said.

But this morning, the judge apologized. The Washington Post reports:

U.S. District Judge T.S. Ellis III has raked prosecutors from the special counsel’s office over the coals for the past week and a half. But on Thursday, he backed down, telling jurors to ignore one piece of criticism.

“I was critical of counsel for … allowing an expert to remain in the courtroom,” he said before testimony began. “You may put that aside… I may well have been wrong.”

On Wednesday, Ellis scolded prosecutors for calling an IRS expert who has sat through the trial in the gallery. Prosecutors filed a motion Thursday morning pointing out that the transcript backed up their understanding that Ellis had explicitly allowed the expert to do so.

I’m just hoping the jury will pay more attention to the reams of documentary evidence the prosecution is producing than to the judge’s tantrums.

33 Comments on “Thursday Reads: Trump and His Swamp Creatures”