It’s warm and sunny!  We’re so overrun by tourists that it’s not the weather keeping me inside.  It’s work and the Krewe of Chad who all seem to be obnoxiously planted in the nasty Air BNBs around me. This season totally lacks the intimacy and family feeling of the Katrina one and the ones from years ago, that’s for sure!  The pictures on this post are ones I took at Endymion 2006 which was the first Carnival season after Hurricane Katrina.

Here’s a friend of mine telling you all about our Chad problem.  They’re a pesky tribe of entitled 20-30 something white men that are related to “bros” but not quite in the same category.  You can also find the definition of “Chad” in the urban dictionary.  Our Chads have turned parade going into a tail gating experience where they literally shove small children and families out of the way to plant their tents and keggers.

A stereotypical douchebag asshole/jock/frat boy/ with an ego the size of the planet, who needs a swift roundhouse kick to the jaw, ala Chuck Norris style (though if actually issued by Norris, this punishment may be too extreme, even s of for a chad). Basically, they think they’re the best at everything, love to talk shit, and are a general nuisance in every way possible.

A chad is somewhat easy to sight, as they’re everywhere, but the only way to know for sure is to talk to/observe one. They typically dress in a similar manner to a “bro”, though are not in fact bros. They either wear the latest fashionable clothing from big brands, or highly expensive graphic tees, most likely of the MMA (Mixed martial arts) variety. They most likely sport a tribal tattoo, or something of the like. They most commonly drive V6 Mustangs, S10 pickup trucks, or crotch rockets.

Chads can be found in large numbers at Frat houses, local hipster bars, and nu metal concerts (which are obviously real metal shows…). They often travel in groups of a few, but can be found in swarms at these establishments. Other than being cocky and talking shit, other popular pastimes of chads include, but are not limited to: beer pong, racing hondas, UFC, and blasting nu metal on their stereo because they think it makes them look like a badass.

The Endymion parade on the Saturday night before Mardi Gras is usually ground zero for the Chads.  This weekend it took a deadly twist when a highly intoxicated Chad drove his pick up truck into a group of parade goers injuring small children and adults.  Thankfully, no one was killed.  Of course, all the right wingers initially screamed it was a terrorist.But no, it was just a Fucked up Chad in a Pick up Fuck as white as can be. His grandma and his Daddy think some evil man gave him a drink that kicked his blood alcohol up to over 3x the legal limit because, obviously, he’s a “good” kid. That means he’s a white boy and they just get led astray every now and then rather than do these constantly stupid things that make them feel good and ruin every one else’s life.

The man accused of being behind the wheel, 25-year-old Neilson Rizzuto of Paradis, had his first court appearance Sunday. His bond was set at $125,000. Rizzuto has so far been booked on two counts of first-degree negligent vehicular injuring, one count of hit-and-run driving causing serious injury and one count of reckless operation of a vehicle. Orleans Parish Magistrate Commissioner Robert Blackburn said he based the bond amount on anticipation of more charges.

The latest figures from officials say that Rizzuto’s truck struck up to 32 pedestrians, sending at least 21 to area hospitals for treatment. While an NOPD statement said there were “at least 28 victims, 21 of whom were treated at local hospitals, Rizzuto’s arrest documents said 32 people were struck. NOPD spokesman Beau Tidwell said the casualty list was “fluid.”

Fortunately–as I said–no one has died but it appears that five still have very serious injuries I’m really hoping that the city will rethink its strategy of pimping us out like it’s all good. I’ve never seen so many tourists all over the neighborhoods.  I have no idea how the police are coping with it.  Usually, they’re concentrated in a few places.  I feel invaded here.

Tomorrow is Mardi Gras and the State of the Union Address.  I cannot bring myself to blog or watch it.  Here are some reads to indicate why the so-called President will only be an illegitimate Russian Usurper to me.  We have a problem with more than Chads.  We have a problem with White Male Terrorism and Kremlin Caligulia is a conduit and catalyst.  How many times have we written about this and discussed it only to find it ignored and enabled by Republicans?

According to one witness, Purinton’s attack was motivated by bias. The Navy veteran reportedly shouted, “Get out of my country,” before opening fire on Kuchibhotla and another Indian engineer, Alok Madasani, who is 32. Purinton also shot a third victim, a 24-year-old white man named Ian Grillot, who stepped in to intervene.

“[It] wasn’t right,” Grillot — who is in stable condition, along with Madasani — said in a video obtained by the Kansas City Star. “I didn’t want [Purinton] to potentially go after somebody else.”

If Purinton’s attack was indeed spurred by xenophobia, then Wednesday’s shooting was an act of terrorism. At a time when anti-Muslim hate crimes are rising across the United States and President Donald Trump is ordering roundups of undocumented immigrants and banning Muslims from entering the country under the pretense of national security, there are few more potent forms of political violence than the kind committed by white Americans against non-whites, Muslims and immigrants.

This is not a new phenomenon. White terrorism has shaped the U.S. in countless ways, seen and unseen, for years. But in their rush to paint Muslims and immigrants as the most pressing threat to Americans’ safety, many whites and conservatives refuse to admit that homegrown white terrorism has been a threat for much longer — and with a much higher death toll. 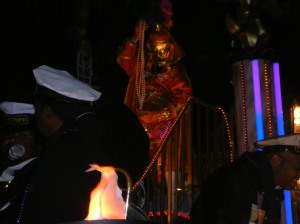 The White House has been silent and still plans on instructing law enforcement to focus on a small piece of our violence problem.

Earlier this month, for example, at the Louvre Museum in Paris, a young man attacked a group of soldiers: Wielding a machete, he ran at them shouting in Arabic, “Allahu akbar.” Police shot and subdued the suspect, who was taken into custody with serious injuries. The attempted attack placed terrorism back in the headlines of French politics, renewing fears and concerns around security and immigration. Here in the United States, President Donald Trump used the incident to justify his exclusionary policies toward Muslim immigrants and refugees. “A new radical Islamic terrorist has just attacked in Louvre Museum in Paris. Tourists were locked down,” said Trump on Twitter. “France on edge again. GET SMART U.S.” This was of a piece with statements Trump made in the wake of incidents in Nice, France, Berlin, and other attacks overseas claimed by militant Islamist groups.

There was no such statement about the two men in Kansas. No condemnation of the racial violence that grievously wounded an American and claimed the life of a law-abiding legal resident. But then, Trump is rarely interested in those incidents. Just two days after the attempted attack in France, 27-year-old Alexandre Bissonnette shot and killed six worshippers at a mosque in Quebec City. Described by activists as a “white nationalist,” Bissonnette was known locally as a right-wing, anti-immigrant troll inspired by extreme right-wing figures like Donald Trump and France’s Marine Le Pen. Where Trump was vocal in the face of the incident in Paris, he was silent following the murders in Quebec. White House Press Secretary Sean Spicer called the attack “a terrible reminder of why we must remain vigilant and why the president is taking steps to be proactive instead of reactive when it comes to our nation’s safety and security,” which reads as a defense of the administration’s travel ban. This was an odd choice of words, as Bissonnette was a native-born white Canadian, not a refugee or Muslim immigrant. 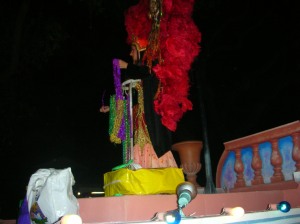 We continue to experience the suppression of dissent and of truth.  We get nothing on the ongoing attacks on Jewish Cemeteries and bomb threats made to JCCs.  Philadelphia is the latest place to have cemetery desecration.   As usual, American communities of Muslims has been more responsive and helpful than the Republicans.

Here’s more examples of things to file under removing democracy from the country. The White House removed Democratic Governors from a joint Press Conference.

Democratic governors were not invited to join presser at White House. Were shuttled off site. https://t.co/FltiGtYvKw

The plan is for us to become a military state as far as I can tell.

President Trump will propose a federal budget that dramatically increases defense-related spending by $54 billion while cutting other federal agencies by the same amount, according to an administration official.

The proposal represents a massive increase in federal spending related to national security, while other priorities, especially foreign aid, will see significant reductions.

According to the White House, the defense budget will increase by 10 percent. But without providing any specifics, the administration said that most other discretionary spending programs will be slashed to pay for it. Officials singled out foreign aid, one of the smallest parts of the federal budget, saying it would see “large reductions” in spending.

The military budget is by far the largest chunk of change in our budget historically.  The rest are pittance by comparison.  I imagine it all will be announced tomorrow night.

We typically have a SOTU live blog here at Sky Dancing. I’m really sure I’m not up to it and I’m not sure any one else is interested so we can discuss below and see what comes of it. Let us know your thoughts.  Maybe BB or JJ are stronger willed than me.

So, have a good few days!  I’ll take pix if I decide to hit the streets in search of beads and fun!  What’s on your reading and blogging list today?