Today is Memorial Day in the United States.  It’s the day we set aside to honor those who died in service to our country.  The day was originally known as Decoration Day.  It was recognized in 1868 when a organization of Union veterans established the day as a day to decorate the graves of Union Soldiers. It is believed that former slaves were the first to actually have a Memorial Day type event in 1865 which inspired Northerners to do similar things.

This occurred in Charleston, SC to honor 257 dead Union Soldiers who had been buried in a mass grave in a Confederate prison camp. They dug up the bodies and worked for 2 weeks to give them a proper burial as gratitude for fighting for their freedom. Together with teachers and missionaries, Black residents of Charleston organized a May Day ceremony that year which was covered by the New York Tribune and other national papers.

The freedmen cleaned up and landscaped the burial ground, building an enclosure and an arch labeled, “Martyrs of the Race Course.” Nearly ten thousand people, mostly freedmen, gathered on May 1 to commemorate the war dead. Involved were about 3,000 Black school children newly enrolled in Freedmen’s schools, mutual aid societies, Union troops, Black ministers, and White northern missionaries. Most brought flowers to be placed on the burial field. Years later, the celebration would come to be called the “First Decoration Day” in the North.

I still find it intriguing that states like Mississippi don’t recognize the day as a holiday–other than Federal Agencies that follow Federal Holiday Schedules–since it’s considered a “Yankee” Holiday. There was a competing Confederate holiday but the two were eventually merged  for all but neoconfederates like those in Mississippi. Our family used to use the day to picnic at family cemetery plots to do general all purpose gardening and clean up.    I can remember mother’s personal fight to keep the peonies off the grave stones in Kansas City and various small towns in Kansas and Missouri.

A lot of people confuse Veteran’s Day with Memorial Day which in a way is a bit sad.  Memorial Day is specifically a remembrance to those who died while in the military in either battle or in support of those in battle.  They used to sell little red poppies to honor the World War 1 dead.  We always got one in remembrance of my Dad’s Uncle Jack for whom he was named. Uncle Jack made it home but died within a few years from the effects of mustard gas. I’m not sure that we do much of anything like that any more but given we still lose many active service members to war and military excursions, we should remember their sacrifice uniquely. Veteran’s Day for those who lived through their service. Armed Forces Day for those serving now.  Memorial Day for those who died while in service to our country.

Of course, what week could go by without another crazed mass shooting?   Here’s the local headline from Houston: “TWO DEAD, 6 INJURED AFTER TERRIFYING MASS SHOOTING IN WEST HOUSTON.”

A man came into a west Houston auto detail shop and began shooting, killing a man known to be a customer and putting a neighborhood on lockdown Sunday before being killed by a SWAT officer, police said.

You can read the details but I’m beginning to think that we’ve got civilians in our country that are dying in battlefields too.  Unfortunately, the battlefields are shopping centers, movie theatres, and all kinds of places in American Cities. 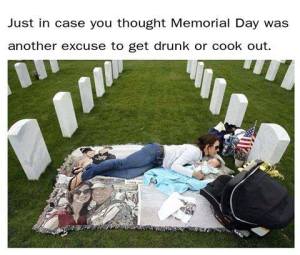 I hesitate to bring this story up because I find it super upsetting but I know we have folks here that love our furry relations as much as I do.  A child fell into a zoo enclosure last week which resulted in the shooting of a rare lowland gorilla.  There are a number of videos out that I don’t have the heart to watch.  Grief is turning to outrage over the gorilla’s death. Here’s a story on that.

The killing of an endangered gorilla at the Cincinnati Zoo to rescue a boy who fell into a dangerous enclosure unleashed an outpouring of grief on over the holiday weekend.

Within hours, that grief had turned to fury as critics questioned the zoo’s decision to kill the endangered 17-year-old gorilla, named Harambe, and called for the boy’s parents to be punished for not adequately supervising their child.

A Facebook page called “Justice for Harambe” received more than 41,000 “likes” within hours of its creation. The page’s description says it was created to “raise awareness of Harambe’s murder” and includes YouTube tributes and memes celebrating the western lowland gorilla and admonishing zoo officials.

“Shooting an endangered animal is worse than murder,” a commenter from Denmark named Per Serensen wrote on the page. “Soooo angry.”

Lt. Steve Saunders, a spokesman for the Cincinnati Police Department, told the Cincinnati Enquirer that they have no plans to charge the child’s parents.

That news didn’t stop tens of thousands from signing multiple online petitions calling for Cincinnati Child Protective Services to investigate the boy’s parents — who have not been identified — for negligence.

“I’m signing because a beautiful critically endangered animal was killed as a direct result of her failure to supervise her child,” one signee wrote. “I don’t blame the zoo staff for the decision they made, I’m sure they’re heartbroken.”

“If she’d watched her child he wouldn’t have been in the gorilla enclosure in the first place,” the commenter added.

A petition on Change.org asks for legislation to be passed that creates “legal consequences when an endangered animal is harmed or killed due to the negligence of visitors.” The petition has amassed more than 40,000 signatures.

Here’s another take on the situation including the videos.  Witnesses say the boy wanted to go into the water inside the enclosure. They also indicated that entering the enclosure was not an easy task.

The incident drew widespread attention as dramatic video spread across the Internet showing Harambe dragging the boy like a rag doll through the water across the habitat.
The boy climbed through a barrier and fell some 15 feet to a shallow moat in Harambe’s enclosure, Maynard said.
Kimberley Ann Perkins O’Connor, who captured some of the incident on her phone, told CNN she overheard the boy joking to his mother about going into the water.
Suddenly, a splash drew the crowd’s attention to the boy in the water. The crowd started screaming, drawing Harambe’s attention to the boy, O’Connor said.
At first, it looked like Harambe was trying to help the boy, O’Connor said. He stood him up and pulled up his pants.
As the crowd’s clamors grew, Harambe tossed the boy into a corner of the moat, O’Connor said, which is when she started filming. Harambe went over to the corner and shielded the boy with his body as the boy’s mother yelled “Mommy’s right here.”
The crowd’s cries appeared to agitate Harambe anew, O’Connor said, and the video shows him grabbing the boy by the foot. He dragged him through the water and out of the moat atop the habitat, O’Connor said.
By that point, “It was not a good scene,” she said. When the boy tried to back away the gorilla “aggressively” pulled him back into his body “and really wasn’t going to let him get away,” she said.
O’Connor left before the shooting. When asked if the the barrier could be easily penetrated by a child, she said it would take some effort.

Meanwhile, Donald Trump may find himself facing a SCOTUS decision. 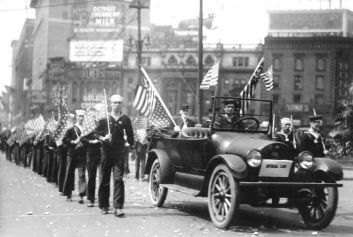 The Supreme Court is being asked to take up a bankruptcy dispute involving the Trump Taj Mahal in Atlantic City and to decide whether to restore the health and pension benefits of more than 1,000 casino workers.

At issue is a conflict between labor laws that call for preserving collective bargaining agreements and bankruptcy laws that allow a judge to reorganize a business to keep it in operation.

“This is about how a bankruptcy was used to transfer value from working people to the super-rich,” said Richard G. McCracken, general counsel for Unite Here, the hotel and casino workers’ union that appealed to the high court.

Billionaire Carl Icahn stepped in to buy the casino – founded by Donald Trump – after it filed for bankruptcy in 2014.

As the 3rd Circuit Court of Appeals said in January, Trump’s “plan of reorganization was contingent on the rejection of the collective bargaining agreement,” also known as the CBA, with the union. Icahn promised a “capital infusion of $100 million” to keep the casino in operation, but “only if the CBA and tax relief contingencies are achieved.”

With that understanding, the Philadelphia-based appeals court upheld a bankruptcy judge’s order that canceled the health insurance and pension contributions called for in the union’s contract. “It is preferable to preserve jobs through a rejection of a CBA, as opposed to losing the positions permanently,” wrote Judge Jane Roth.

The union is urging the Supreme Court to review and reverse that ruling, arguing the labor laws call for preserving collective bargaining agreements, even if they expire during a bankruptcy. The National Labor Relations Board agreed and filed a brief in the support of the casino workers union when the case was before the 3rd Circuit.

So much for Trump and the working person.

Anyway, I’m going to make this short today because most of the stories I’m reading aren’t exactly pleasant.  Seems we have a streak of violence going around the country and the headlines reflect that.   Chicago is having an extremely violent few days.  I was thinking that the violence here might be isolated but it doesn’t appear to be.

June 2nd is “Wear Orange Day” which is a day to commit to ending gun violence.  The day started in 2013 when some Chicago kids asked every one to wear orange in remembrance of a friend killed by gun fire.  Maybe this holiday will become the Memorial Day for those civilians killed in the battle in our streets.

So, what’s on your reading and blogging list today?