Sunday: Waking up to being a Woman in America 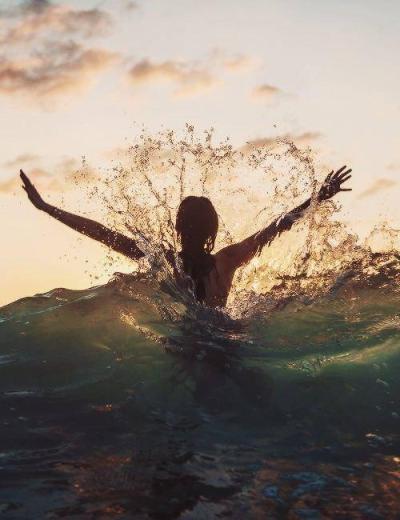 Good morning, newsjunkies! Here are some reads to nibble on with your morning brew…

The 10 most dangerous places to be a woman in America:

Lately, the preferred strategy for reproductive rights opponents in the United States seems to be: If you can’t beat Roe v. Wade, then simply regulate around it.

Click on over to read Salon’s roundup of the top ten offenders. Not that the list will shock the readership here at Sky Dancing, but it’s a handy little summation of the bullshit that’s gone down just this year.

Can you guess the other pro-dumb states that share blue Darwin Award ribbons with North Dakota?

And, no “pro-dumb” is not a freudian typo or autocorrect. The male empty suits running this horror show are clearly just pro-dumb at this point.

Case-in-point, from the “four draconian measures” link in the North Dakota snippet above:

The state’s turn to the extreme side of extreme has alienated reproductive rights advocates, women’s health activists, medical professionals and — wait for it — a coalition of Republicans who believe their colleagues have gone too far.

“It’s to say, hey, this isn’t okay. We have stepped over the line,” said state Rep. Kathy Hawken (R-Fargo) in a phone interview with The Huffington Post… “North Dakota hasn’t even passed a primary seatbelt law, but we have the most invasive attack on womens health anywhere,” she said. “I got a letter yesterday from a pharmacist who said, ‘We don’t want to be in jail because we prescribed something!’ We’re spending an inordinate amount of time on social or personal issues, however you want to put it, but we haven’t done anything on property tax relief, higher education funding, fixing the roads. There are all kinds of other things we need to be doing besides this.”

Hawken said that as a strong fiscal conservative, she is worried that the state will spend millions of dollars that could be put to better use defending these laws in court. “They could fund my childcare bill with what we’re going to spend on lawsuits,” she said. “Can’t we let Arkansas be the poster child for this? Why does it have to be us?”

Hawken, a self-proclaimed pro-life Republican, says her colleagues have also rejected measures to increase prenatal care for minors and childcare for single moms, leaving her to question the motives behind the recent legislative push:

“It seems like we want to get [babies] here,” she said, “but we don’t care if they’re healthy once they get here. That’s just bad policy,” she said.

Actually, pro-dumb is really an incarnation of No Profit Left Behind…which brings me to my next read, a radfem piece entitled, “Oppression is always tied to resource extraction” (emphasis in bold, mine):

Abortion restrictions in the US, from the very beginning, were intended to ensure the dominance of white settlers and the dominance of the medical industry.  Since the very beginning of patriarchy, the reproductive capacity of women has been regarded by the men in power as a resource, and controlling women is not just a hobby, or a religious directive – it’s a way to control and facilitate the extraction of resources from female bodies.

Any time you see pro-DUMB legislation, remember this. There is a profit motive involved.

It is why the”personal responsibility” of “personhood” only ever applies to women, minorities, labor, etc. and never to corporations. Corporations do not want to pay for our roads, higher education, or childcare.

And, on that dour note… Time for a musical interlude:

PLEASE MANSPLAIN TO ME AGAIN, I’d love that ’til the very end.

Some more fun… Nobel Laureates Doodle Their Discoveries, via PBS:

What do you get when you ask 56 Nobel Laureate scientists to cartoon their greatest discoveries?

Photographer Volker Steger fearlessly tackled the challenge during an annual meeting with Nobel Laureates in the Bavarian town of Lindau. And what resulted was gritty, unpolished and playful — a far cry from the research itself.

See Elizabeth Blackburn’s mess of squiggly lines for example, with the words “Big long chromosomes!” scrawled above them. Blackburn won the 2009 Nobel in medicine for her discovery of the molecular nature of telomeres. The drawing by 2007 Nobel Laureate Sir Martin J Evans features the cartoon head of a mouse — and nothing else. You can view a virtual book of the drawings here and here.

Need some more laughs? Then check this out: Feminists Are Savagely Trolling This ‘Masculism’ Hashtag on Twitter.

The stupid, it never-ever ends.

I’ll end with the following, and it’s a really excellent read (on girls gaming and boys whining), so please click over… The Last of Us: Has evil feminism ruined the zombie apocalypse?

Your turn, Sky Dancers. Leave us some links, rants, and raves in the comments if you get a chance. And, enjoy the rest of your weekend!

51 Comments on “Sunday: Waking up to being a Woman in America”