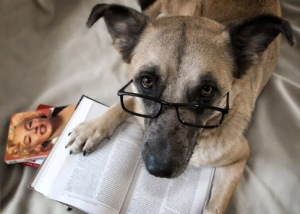 Now that Rick Snyder has succeeded in turning Michigan into a right-to-work-for-less state, he and his Republican House have passed a supposedly “new and improved” emergency manager law. The Detroit Free Press reports:

The House passed the Local Financial Stability and Choice act in a 63-46 vote late Wednesday, with Rep. Kevin Cotter, R-Mt. Pleasant, as the only Republican to join Democrats in voting against it.

Immediate effect for the new bill was rejected 63-45, meaning it would take effect around the end of March if passed by the Senate, likely to happen Thursday, and signed by Gov. Rick Snyder, as expected.

Incoming House Minority Leader Tim Greimel, D-Auburn Hills, said it is a “mirror image” of what voters just rejected and “another slap in the face to democracy perpetrated by this House.”

It appears that both Wisconsin and Michigan are now totally owned by the Koch Brothers. Think Progress reports on How Michigan Voters Can Repeal The GOP’s Anti-Union Powergrab, but this is starting to feel like whack a mole. Republicans seem determined to kill democracy one state at a time.

The New York Times Fed Ties Rates to Joblessness, With Target of 6.5%

The Federal Reserve made it plain on Wednesday that job creation had become its primary focus, announcing that it planned to continue suppressing interest rates so long as the unemployment rate remained above 6.5 percent.

It was the first time the nation’s central bank had publicized such a specific economic objective, underscoring the depth of its concern about the persistence of what the Fed chairman, Ben S. Bernanke, called “a waste of human and economic potential.”

To help reduce unemployment, the Fed said it would also continue monthly purchases of $85 billion in Treasury securities and mortgage-backed securities until job market conditions improved, extending a policy announced in September.

But the Fed released new economic projections showing that most of its senior officials did not expect to reach the goal of 6.5 percent unemployment until the end of 2015, raising questions of why it was not moving to expand its economic stimulus campaign.

Ben Bernanke indicated there isn’t much more the Fed can do at this point. Perhaps its time for GOP lawmakers to quit trying to destroy the economy?

I couldn’t believe this story about cops gone wild in New Hampshire. Raise your hand if you knew it was illegal to buy “too many” iPhones.

Police in Nashua, New Hampshire say they were forced to use a Taser on a 44-year-old Chinese woman who does not speak English after she was told to leave an Apple Store because she was trying to buy too many iPhones.

Through a translator, Xiaojie Li told WMUR that she had bought two iPhones from the Pheasant Lane Mall Apple Store on Friday and returned on Tuesday to buy more to send to her family in China.

“The manager of the Apple Store came and told her something, but she didn’t understand,” Li’s daughter explained.

Soon after that, shoppers captured cell phone video of police — who were providing security at the store’s request — using a stun gun on Li as she laid on the mall floor screaming.

The Apple store employees had to call the police because a customer was spending too much money in their store? That’s just one more reason I’ll never buy an Apple product.

Senator Bob Corker has introduced a bill that would cut Social Security, Medicare, and Medicaid by nearly $1 Trillion in reture for raising the debt ceiling.

Corker said the Dollar For Dollar Act would include $937 billion in savings from Medicare, Medicaid and Social Security, with an equivalent, dollar-for-dollar hike to the debt ceiling.

Corker offered some details about his bill during a speech on the Senate floor Wednesday. Corker said his bill would raise the age of Medicare eligibility to 67 and would include the Medicare Total Health package that would increase private-sector competition for covering the elderly. Corker also said there would be a form of means-testing, making wealthy Medicare recipients pay more of their healthcare needs.

Corker said he’d also “slowly” raise the age of eligibility for Social Security benefits, but did not specify an age.

“We should address [Social Security] now because it’s causing the government to spend more than it takes in,” Corker said. “It will be bankrupt by 2017 if we do nothing.”

Izzat so. Social Security will be “bankrupt” five years from now? Prove it, Corker. What an asshole. And this is the guy the corporate media has been presenting as a GOP moderate who is willing to work with Obama.

According to the Washington Post, Russia is admitting that: Assad is losing control and rebels might win in Syria

MOSCOW — Syria’s most powerful ally, Russia, said for the first time Thursday that President Bashar Assad is losing control of his country and the rebels might win the civil war, dramatically shifting the diplomatic landscape at a time of enormous momentum for the opposition.

While Deputy Foreign Minister Mikhail Bogdanov gave no immediate signal that Russia would change its stance and agree to impose international sanctions on Assad’s regime, his remarks will likely be seen as a betrayal in Damascus and could persuade many Syrians to shift their loyalties and abandon support for the government.

Russia’s assessment could also further strengthen the hand of the rebels, who have made some significant gains in their offensive, capturing two major military bases and mounting a serious challenge to Assad’s seat of power, Damascus.

“We must look at the facts: There is a trend for the government to progressively lose control over an increasing part of the territory,” Bogdanov, the Foreign Ministry’s pointman on Syria, said during hearings at a Kremlin advisory body, the Public Chamber. “An opposition victory can’t be excluded.”

Here’s an interesting follow-up to Gene Weingarten’s excellent story about the Jeffrey MacDonald case, which I wrote about recently. Weingarten did a live chat at the WaPo on Tuesday in which he was a little more revealing of his own opinions. I learned that he had the same incredulous reaction when he heard the words supposedly chanted a by “hippie intruder” to MacDonald’s home, “Acid is groovy…kill the pigs.”

This is an odd thing to say about a 6,400-word story, but I found myself without the space to tell it as completely as I’d have liked. The introduction to this chat is mostly for those of you who have read the story and are still not persuaded, beyond a reasonable doubt, that MacDonald killed his family and that “A Wilderness of Error” is a deeply flawed and manipulative book. All the rest: Feel free to plow ahead into the questions.

I remember the killings. I was an 18-year-old hippie at the time, roughly the same age as Helena Stoeckley. I didn’t do as many drugs as she did, but I did plenty, including mescaline, LSD, and heroin. When I read in the newspaper that Jeffrey MacDonald – still presumed an innocent victim – told police that his attackers had been vicious hippie intruders who chanted “acid is groovy – kill the pigs,” I knew he had done it. As did every hippie in every city who read that statement with any degree of analytical thought. No self-respecting killer hippie would ever have uttered, let alone chanted, that uncool, anachronistic thing as late as 1970. That was exactly what some ramrod-straight 26-year-old Ivy League frat-boy doctor who was contemptuous of the counterculture would have thought a hippie would say.

Not to mention that hippies, um, didn’t kill people, at least not while stoned in drug-induced trances. The Manson gang were not hippies. They were weirdo murderers. They went around murdering people, not just Sharon Tate and her friends. They did not come out of the dark, descend on a house, do their savage thing, and then disappear back into the world never to be heard of again. That’s not how it works with murderous gangs who would kill sleeping children. Oh, and hippies also don’t arrive at a house intent on mass murder without remembering to bring along any weapons, relying on whatever knives and pieces of wood they might happen to find inside the house. The Manson people brought a shotgun.

But, okay. Forget all that. That’s just me bloviating. Maybe the MacDonald killers were different from all other killers. Maybe they were really disorganized, absentminded murderous hippies who talked funny and only killed just this once. Oh, and who came to hassle the doctor for drugs because they were drug addicts, and who killed his family, but never opened a closet to discover a big stash of syringes and drugs, including amphetamines. Or maybe they saw that stuff but didn’t steal it because murder may be one thing, but stealing is just plain wrong.

After that, he goes through the evidence and responds to readers’ questions. Check it out if you’re interested. 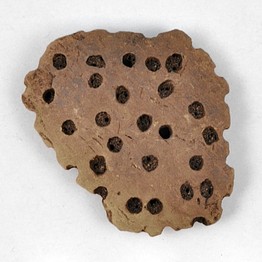 A fragment of a sieve that researchers say were used as cheese strainers.

Researchers on Wednesday said they found the earliest known chemical evidence of cheese-making, based on the analysis of milk-fat residues in pottery dating back about 7,200 years. The discovery suggests Europe’s early farmers added a cheese course to their diet almost as soon as they learned to domesticate cattle and started regularly milking cows.

Scientists led by geochemist Richard Evershed at the U.K.’s University of Bristol tested ancient, perforated clay pots excavated at sites along the Vistula River in Poland, and found they had likely been used by prehistoric cheese mongers as strainers to separate curds and whey—a critical step in making cheese.

The pots have long puzzled archeologists, but their new analysis, reported in Nature, revealed unique carbon isotopes of milk in the traces of fatty acids that had soaked into the ceramic sieves.

“It is a no-brainer,” said Dr. Evershed. “They have to be cheese strainers.”

No one knows exactly when or where cheese-making began, but experts said the traces of milk fat on these unglazed clay strainers are the clearest evidence yet of the origins of this basic biotechnology, which launched a dairy trade that today produces more than 11 billion pounds of cheese every year and as many as 5,000 different named varieties world-wide, from Appenzeller to Zamorano.

As a cheese lover, I was very interested to learn about this.

That’s all I have for you today. What are you reading and blogging about?