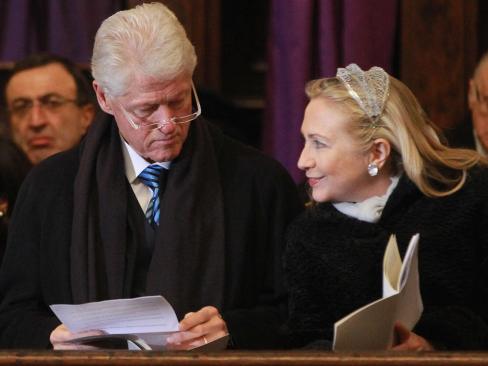 Hi Everyone!  Here’s a fresh thread for the big prime time speeches and the roll call vote. Bloomberg published some excerpts from Bill Clinton’s speech:

“What kind of country do you want to live in?” Clinton will ask, according to excerpts released by Obama’s campaign. “If you want a you’re-on-your-own, winner-take-all society, you should support the Republican ticket. If you want a country of shared prosperity and shared responsibility,” voters should support Obama, he will say.

The president “inherited a deeply damaged economy, put a floor under the crash, began the long hard road to recovery, and laid the foundation for a more modern, more well-balanced economy that will produce millions of good new jobs,” Clinton will say.

Clinton also will talk about the choices he faced during his presidency when Republicans wanted to give tax breaks to companies and the wealthy “to help trickle down” economic benefits and how “it didn’t work then, it’s not going to work now,” Obama campaign manager Jim Messina told reporters today at the convention’s site in Charlotte, North Carolina.

According to Politico, Clinton will ask Americans to give Obama more time to “clean up the GOP mess.”

Bill Clinton will tell delegates at the 2012 Democratic National Convention that Republicans left President Barack Obama “a total mess, he hasn’t finished cleaning it up yet” and that the incumbent president deserves another four years to implement his vision for the country.

In early excerpts of the former president’s remarks, Clinton amplifies on the message Democrats delivered on the first day of the convention Tuesday, describing Obama as a champion of the middle class and Republicans as hostile to the interests of regular people.

MSNBC is saying that President Obama will be in the hall tonight. It’s not known if he’ll go onstage after Clinton’s speech.