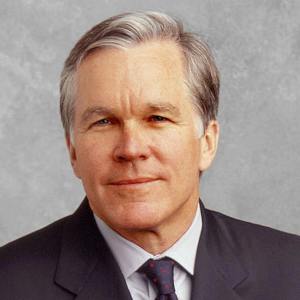 The notion that our generation has been spoiled rotten is not a terribly new thought. A dozen years ago Paul Begala (of Bill Clinton and CNN fame) published in Esquire the classic of boomer-loathing, “The Worst Generation.” “The Baby Boomers are the most self-centered, self-seeking, self-interested, self-absorbed, self-indulgent, self-aggrandizing generation in American history,” he declared. It’s a sturdy genre. Perhaps while Googling yourself you have come across the blog Boomer Deathwatch (“Because one day, they’ll all be dead”), a checklist of famous boomers who hit their actuarial sell-by dates. Even Barack Obama, who styles himself post-boomer though he was born in 1961, complained in “The Audacity of Hope” that today’s hyperpolarized political discourse began with the “psychodrama of the baby boom generation.”

Yeah, we’re all evil just because our parents returned from WWII and proceeded to have lots and lots of babies. Supposedly not one of us ever did a decent thing in our pathetic, useless lives, right? I’m sick to death of hear this crap–and I’ve been hearing it since I was a kid.

See Keller says it’s our fault that the government isn’t rebuilding the infrastructure. He says it won’t do any good to tax super-rich guys like him–we’re going to have to take it out of the hides of old ladies who are trying to eke out a living on $1200 a month or less.

Guys like Bill Keller don’t even have to pay into Social Security on the bulk of their income, but he doesn’t even mention the possibility of changing that. So what does super-rich one-percenter Bill Keller think we should do about it besides learning to loathe ourselves and wish we’d never been born?

So the question is not whether entitlements have to be brought under control, but how. The Republican plan espoused by Mitt Romney and his fiscal lodestar Paul Ryan would cut the cost of entitlements largely by moving toward privatization: personal investment accounts for Social Security, vouchers for Medicare. And it’s not at all clear the Republicans would assign any of the savings to investing in our future.

At least the Republicans have a plan. The Democrats generally recoil from the subject of entitlements. Centrists like those at Third Way and the bipartisan authors of the Simpson-Bowles report endorse a menu of incremental cuts and reforms that would bring down costs without hitting the needy or snatching away the security blanket from those nearing retirement. They include gradually raising the retirement age to compensate for the fact that we now live, on average, 14 years longer than when F.D.R. signed Social Security into law. They include obliging those of us who can really afford it to pay a larger share. They also include technical fixes like aligning the automatic cost-of-living formula with reality.

At least now we know which candidate Keller will be voting for in November. So much for the supposedly “liberal media.” Oh, and about that “technical fix” Keller brushes off so dismissively, Matthew Yglesias explains why it isn’t a “technical fix” and “doing the switch comprehensively would constitute a de facto tax increase.” Furthermore, there was no “Simpson-Bowles report,” because the two co-chairs were unable to get a majority of members of the Catfood Commission to sign off on one. 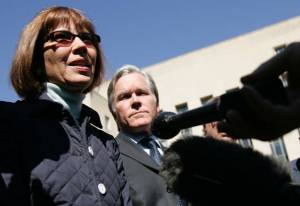 I have a terrific idea. Let’s hold Bill Keller responsible for his choice to assign Judith Miller to help the Bush administration lie us into the Iraq War. Let Bill Keller pay back the trillions of dollars of taxpayer money those lies cost us. That ought to provide some funds to invest in infrastructure here in the U.S.

Here’s what Dean Baker had to say about Keller’s lying op-ed:

That is really brave for Mr. Keller to stand up and call for sacrifice from his age cohort. Does Keller know that the typical near retiree has total wealth of $170,000. This includes everything in their 401(k), all their other financial assets and the equity in their homes. Another way to put this is that the typical near retiree (between the ages of 55-64) could take all their wealth and pay off their mortgage. After that they would be entirely dependent on their Social Security to cover all their living costs.

Does this situation describe Mr. Keller’s finances? My guess is that it doesn’t. If that is true, how does Keller claim to speak for people who are in a hugely different financial situation than him? Is he really that ignorant of the issues that the NYT gives him a column to write about or is he dishonest? Readers will have to debate that in the months and years ahead.

Baker says the real problem we have is the increase in income inequality over the past thirty years, but he’s not holding his breath for Keller to “appeal to his fellow one-percenters….He probably doesn’t have the courage or integrity to do that.”

I saved the best review of Keller’s op-ed for last. You guessed it, it’s by Charlie Pierce: “The Things Bill Keller Doesn’t Have to Worry About.”

I defy Bill Keller to last a week living only on those benefits available to the greedy boomers, especially after the Simpson-Bowles cargo cult — to say nothing of the zombie-eyed granny-starver Paul Ryan himself — are through with them. I defy him to make it for a day. The “we” sprinkled throughout this bag of pus is probably the most noxious thing about it. Look around, Bill. You and Mitt Romney have far more in common than do you and the overwhelming majority of your “fellow” boomers. One catastrophic illness, and many of our families die on the vine. This is not hyperbole. This is how it works in the world. And, to the surprise of absolutely nobody, Keller signs on with the clowns at Third Way, who assure us that the real problem is that the elderly moochers are the ones keeping us from building new bridges, or flying to the moons of Neptune. Jesus H. Christ on a Lipizzaner, we’ve had forty years of demonized government, and 40 years of quack economics, and tax-cuts until hell won’t have them, and the reason our infrastructure is falling apart is because some retired ironworker gets $1200 a month? How much of a courtier do you have to be before the taste of caviar makes you nauseous?