News Flash: Women still expected not to age or put on weight

We haven’t heard recently from Demi Moore whose meltdown was plastered every where. After having a lot of plastic surgery for a Charlie’s Angels movie and serving as the poster child for Cougar 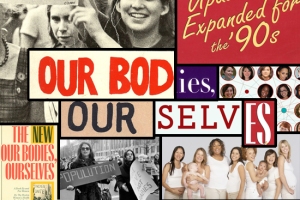 relationships, she evidently couldn’t deal with the expectations and her aging.  Demi’s not the only one whose body and relationships have been the obsession of an older woman hating media and culture.  The current object of weight jokes and speculation is pregnant Jessica Simpson.  Here’s supposedly feminist Joy Behar heaping the guilt on to Simpson.

The 31-year-old recently posed nude on the cover of Elle magazine, paying tribute to Demi Moore’s iconic cover, and she tweeted about it by making a joke of it.

“Last chance to see me ‘fat’ aka PREGNANT on the cover of Elle,” the mother-to-be tweeted. “I loved this shoot, [and it’s] only on stands for a few more days!”

Just last week while co-hosting The View, Joy Behar slammed Simpson’s weight gain during her first pregnancy. Talking to her fellow morning show hosts, the 69-year-old said: “Remember the time that Jessica Simpson was criticized because she didn’t know the difference between chicken and tuna? That kind of thing is more fun to criticize than the fact that the girl is fat.”

She also added: “Most women who are pregnant are not supposed to gain more than 25lbs. She looks like she gained a lot more than that.”

Sue me, but I think pregnancy weight gain is between a woman and her doctor.  I also don’t think it’s very sisterly of Behar to pile on, of course you can use effective methods like latex waist cinchers for weight loss and help yourself a little with that.

Ashely Judd has written an excellent piece on how the media gangs up on women who dare to age, not exercise maniacally and eat like anorexics, or who look okay because if they dare to look okay it must be due some kind of plastic surgery.  Judd also hits on the classic woman on woman jujitsu and the messed up meme that a woman who “lets herself go” is also losing her husband, boyfriend, whatever.

This expert from recent post on https://www.newyorkplasticsurgeryallure.com is worth sharing: The Conversation about women’s bodies exists largely outside of us, while it is also directed at (and marketed to) us, and used to define and control us. The Conversation about women happens everywhere, publicly and privately. We are described and detailed, our faces and bodies analyzed and picked apart, our worth ascertained and ascribed based on the reduction of personhood to simple physical objectification. Our voices, our personhood, our potential, and our accomplishments are regularly minimized and muted.

Very few women live their lives with healthy attitudes towards their aging bodies.  One of the few brave women has been Jamie Lee Curtis.

Below is an excerpt from the interview.

KING: When there are so many women who don’t want — who are so afraid — to go there with the age. Why are you so comfortable with it?

CURTIS: I am pretty happy with who I am, and what I am doing, and it’s much more about the content of my character than the contour of my face.

We used to talk a lot about this in the good old days of “Our Bodies, Our Selves”.  However, most of us were not in the same shape as we are now.  We now have an entire category of mental illness called body dismorphic disorder which includes a range of behaviors like anorexia, bulimia and obsessive, perpetual plastic surgery.  The Hollywood frenzy feeders appear to feed these tendencies loudly and continually.  Judd’s article outlines exactly what she’s experienced.  Notice the sources aren’t all Perez Hilton or Joan Rivers.

However, the recent speculation and accusations in March feel different, and my colleagues and friends encouraged me to know what was being said. Consequently, I choose to address it because the conversation was pointedly nasty, gendered, and misogynistic and embodies what all girls and women in our culture, to a greater or lesser degree, endure every day, in ways both outrageous and subtle. The assault on our body image, the hypersexualization of girls and women and subsequent degradation of our sexuality as we walk through the decades, and the general incessant objectification is what this conversation allegedly about my face is really about.

One of my best friends suffers from body dismorphia.  I watched horrified as this friend of mine–a gorgeous woman in her mid-30s came back from a few years in California with all kinds of plastic surgery scars and changes.  She was trying to recreate a Glamour spread she had done while a teenager.  She also had done a stint on All My Children.  I guess this and other experiences contributed to an obsession with plastic surgery. She’s gotten help and is doing well now.  But, I was really worried about her for many years. I also worry whenever my very skinny youngest daughter thinks she’s getting fat.  Despite the knowledge we now have and diagnosis of this obsession as a mental illness, we still have the press–and other women–perpetuating the mean.

What makes me most sad about this is the number of women in the media–like Joy Behar–that contribute to the sense that no woman has the right to age.  It’s also a shame that the same expectations hoisted on us from the pin up girl days to now are still pervasive and doing damage.   We need to be brave like Judd and Curtis and speak out against unrealistic  views of women’s bodies and our  aging processes. The emphasis should be on what is healthy which varies from woman-to-woman.  We also should be aware of any false expectations of ourselves and others that are leading to this continuing, unhealthy trend and change our attitudes towards ourselves and other women.

28 Comments on “News Flash: Women still expected not to age or put on weight”