Broken Windows And The Stealing Of Hearts

Yesterday I read an interesting essay by William Black over at New Economic Perspectives.  In the essay, Black, who headed the forensic audit team during the S&L crisis, pulls forward the Broken Window Theory, a criminological model based on a simple and some have said simplistic idea.  The theory was introduced by James Q. Wilson and received a fair amount of popularity during the 1990s, particularly in conservative circles.

Readers might remember Rudy Giuliani’s ‘war against graffiti,’ his zero-tolerance campaign in NYC.  That effort, the elimination of the squeegee men and the crack down on street prostitution among other things were based on the broken window philosophy, which uses an abandoned building metaphor.

Imagine a building in any neighborhood [although Wilson focused exclusively on what he termed ‘blue-collar crime.’]  The first broken window of our abandoned building if left unrepaired sends a clear message to antisocial types:  no one cares about this building.  So, it’s open season on all the other windows, on anything of value that’s been left behind.  If the owner doesn’t care about the integrity of the building then the street tough is encouraged to vandalize and take whatever’s not nailed down.

The attitude feeds on itself or so the theory goes. Honest citizens are less likely to confront the petty thief, which only encourages others to act out in destructive, antisocial ways.  Honest citizens begin to feel overwhelmed and outnumbered and stop safeguarding their own neighborhoods.   What’s the point? they say.    No one cares.  Communities begin to self-destruct.

Now whether you buy into this crime theory or not, I think the metaphor holds when you consider what we’ve been witnessing in the degradation of our financial markets, our legal system, even the refusal to admit that ‘there’s trouble in River City.’

As Professor Black points out, if we were to take Wilson’s theory and apply it to the explosion of ‘white collar crime’ within our financial system, it would be a major step in restoring the integrity of our system and bolstering peer pressure against misconduct.   As it stands now, Wall Street movers and shakers and their DC handmaidens have implemented business-as-usual policies that reward the thief and punish the whistleblower.  As Black points out in the essay:

We have adopted executive and professional compensation systems that are exceptionally criminogenic. We have excused and ignored the endemic “earnings management” that is the inherent result of these compensation policies and the inherent degradation of professionalism that results from allowing CEOs to create a Gresham’s dynamic among appraisers, auditors, credit rating agencies, and stock analysts. The intellectual father of modern executive compensation, Michael Jensen, now warns about his Frankenstein creation. He argues that one of our problems is dishonesty about the results. Surveys indicate that the great bulk of CFOs claim that it is essential to manipulate earnings. Jensen explains that the manipulation inherently reduces shareholder value and insists that it be called “lying.” I have seen Mary Jo White, the former U.S. Attorney for the Southern District of New York, who now defends senior managers, lecture that there is “good” “earnings management.”

My husband had some unsettling experience in this area.  Early in his career, he worked as a CPA [the two companies will remain nameless]. 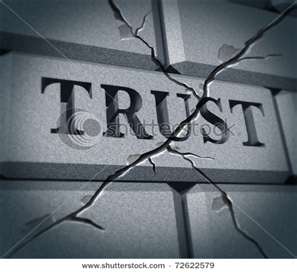 But in each case, he was ‘asked’ to clean up the numbers, make them look better than they were.  He refused and found himself on the street, looking for employment elsewhere.  I remember him saying at the time, ‘Look, I’m a numbers guy.  I’ve never been good at fiction writing.’  This was back in the late 70s early 80s, so this attitude has been a long time in the making.  Now, we’re seeing accounting fraud that is literally off the charts.  Is it any wonder the country’s financial system is on life support?

We can see the destructive results of this careless, corrupt posturing all around us.  Professor Black continued:

Fiduciary duties are critical means of preventing broken windows from occurring and making it likely that any broken windows in corporate governance will soon be remedied, yet we have steadily weakened fiduciary duties. For example, Delaware now allows the elimination of the fiduciary duty of care as long as the shareholders approve. Court decisions have increasingly weakened the fiduciary duties of loyalty and care. The Chamber of Commerce’s most recent priorities have been to weaken Sarbanes-Oxley and the Foreign Corrupt Practices Act. We have made it exceptionally difficult for shareholders who are victims of securities fraud to bring civil suits against the officers and entities that led or aided and abetted the securities fraud. The Private Securities Litigation Reform Act of 1995 (PSLRA) has achieved its true intended purpose – making it exceptionally difficult for shareholders who are the victims of securities fraud to bring even the most meritorious securities fraud action.

Reading this, I immediately sensed we could apply the metaphor just as easily to our legal predicament.  Dak wrote to this yesterday—about the disheartening disrepair of our justice system, which was badly wounded during the Bush/Cheney years with the help of eager lawyers like John Yoo, stretching, reinterpreting, rewriting the parameters on the subjects of torture, indefinite detention, rendition, etc.

Not to be outdone, Eric Holder stood before Northwestern University’s Law School the other day and with the same twisted logic, explained away due process, otherwise known as ‘how to justify assassination.’  In this case, American citizens, those the President deems are a threat to the Nation, can be killed on native ground or foreign soil. Jonathon Turley, law professor at George Washington University and frequent legal commentator in the media, headed a recent blog post as follows:  Holder Promises to Kill Citizens with Care.

Sorry, this does not make me feel better.  What it does make me think is lawlessness simply breeds more lawlessness.  The Broken Window theory writ large.  As Turley explained:

The choice of a law school was a curious place for discussion of authoritarian powers. Obama has replaced the constitutional protections afforded to citizens with a “trust me” pledge that Holder repeated yesterday at Northwestern. The good news is that Holder promised not to hunt citizens for sport.

Holder proclaimed that “The president may use force abroad against a senior operational leader of a foreign terrorist organization with which the United States is at war — even if that individual happens to be a U.S. citizen.” The use of the word “abroad” is interesting since senior Administration officials have asserted that the President may kill an American anywhere and anytime, including the United States. Holder’s speech does not materially limit that claimed authority. He merely assures citizens that Obama will only kill those of us he finds abroad and a significant threat. Notably, Holder added “Our legal authority is not limited to the battlefields in Afghanistan.”

Turley went on to comment that Holder was vague, to say the least, when it came to the use of these ‘new’ governmental/executive powers, claiming that the powers-that-be will only kill citizens when:

“the consent of the nation involved or after a determination that the nation is unable or unwilling to deal effectively with a threat to the United States.”

And as far as ‘due process?”  Holder declared that:

“a careful and thorough executive branch review of the facts in a case amounts to ‘due process.’”

Chilling!  As Turley grimly noted in an earlier post, this is no longer the land of the free.

Seemingly unrelated was this report from the New York Times: the heart of Dublin’s 12th-century patron saint was stolen earlier this week from Christ’s Church Cathedral.  The heart of Laurence O’Toole had been housed in a heart-shaped box, safely secured [or so church authorities believed] within an iron cage.  The relic’s disappearance was preceded by a rash of reliquary robberies from churches, monasteries and convents around Ireland.  According to the article:

The small cage hosting the heart-shaped box containing the relic was tucked away in an innocuous alcove at the side of a small altar. Visitors to the cathedral on Monday stared at the twisted bars and the empty space behind. The bars themselves were sundered evenly.

According to Dermot Dunne, dean of Christ Church, the box had lain undisturbed for centuries.  He had no idea why someone would take it.

Whether it’s the heart of a saint or the heart of a Nation, the theft is a grievous insult. The crime betrays the public trust and our basic sense of decency.  But the thieves of O’Tooles’s heart performed a curious act before exiting.

The Irish culprits lit candles at two of the Cathedral’s altars.  Which means the perpetrators possessed, at the very least, an ironic sense of tradition.

The same cannot be said of our homegrown hooligans. Crass greed and the lust for unlimited power have their own dark tradition.  As Americans, we do not expect vice to be confused with virtue.  In the past, we could not imagine a blatant disrespect for the Rule of Law–crimes ignored, excused, then openly declared necessary for whatever raison du moment.

Not here, we told ourselves repeatedly.  Not in the United States.

Perhaps, we should light candles of our own.  A small devotion for the lost and dying.

21 Comments on “Broken Windows And The Stealing Of Hearts”