The problem with a market-based system is the variety of ‘frictions’ that exist when a specific good or service doesn’t line up with the conditions that need to exist in a perfect market.  The 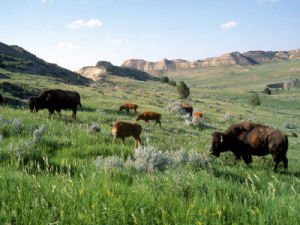 assumptions for perfect market capitalism are rather daunting. They are nearly as daunting as the conditions for a centrally planned government like that tried by the Soviets.  There have to be thousands–if not millions–of buyers and sellers who have no control over the market’s price or quantity produced.  This pretty much rules out all our nation’s markets with the exception of a few commodities.  These buyers and sellers produce and sell products and services that are all the same so no one cares who they buy from or sell to because it’s all the same.  This means no product or service differentiation.  Advertising does no good because there’s nothing that separates one good or service from any other.  Labels don’t matter.  Sizes, shapes, and colors are all uniform.  There is no difference between the information available to buyers and sellers.  That means there’s no insider information on any one’s part.  There is also no way to cheat or beat a market.  The only thing you can compete on if you’re a business is productivity and cost curves.  That’s the kind of markets that may have existed some 200 years ago when commodities ruled the planet but it in no way reflects any market today.

Because frictions exist, a role for government in markets exists.  It can be one of regulator or one of service/good provider.  There is a branch of economics that specifically studies which kinds of goods and services must be provided by government because otherwise they would be provided to only the very rich–like education or health services–or they wouldn’t be provided at all because there is no profit in providing the good.  There are also goods that once they are provided for one person are used by many others.  This is the so-called free rider problem and the provision of military defense is usually the prime example of this type of government good.  Another problem deals with the idea of “the commons” which basically led to an old problem in North Dakota like over hunting and near extinction of the American Bison.

The provision of a public payment system–much like a mail system–is one such good that many economists feel has a public good component.  This is why many countries supplement private banking systems with government banks.  Blended banking systems are pretty common in the Asian countries.  Interestingly enough, there is one state with a state bank.  It’s the one state in the union that made it through the global recession relatively unscathed.  That would be North Dakota.

North Dakota has been called an economic miracle. It has outpaced every other state during the worst of the recession. North Dakotaas the lowest unemployment rate and the fastest job growth rate in the country. This data is provided in a NYT article by Catherine Rampell.

According to new data released by the Bureau of Labor Statistics today, North Dakota had an unemployment rate of just 3.3 percent in July — that’s just over a third of the national rate (9.1 percent), and about a quarter of the rate of the state with the highest joblessness (Nevada, at 12.9 percent).

Its healthy job market is also reflected in its payroll growth numbers. North Dakota had 19,700 more jobs in July than it did during the same month last year.

That probably sounds like small potatoes when you look at Texas, which had 269,500 more jobs last month than it did a year earlier. But Texas is a much bigger, more populous state, and had many more jobs to begin with. In terms of percentage growth, North Dakota has a better record: year over year, its payrolls grew by 5.2 percent. Texas came in second, with an increase of 2.6 percent.

There are some more interesting facts here.  Yes, there is oil in North Dakota but that’s not the only thing driving its economy.

Alaska has roughly the same population as North Dakota and produces nearly twice as much oil, yet unemployment in Alaska is running at 7.7 percent. Montana, South Dakota, and Wyoming have all benefited from a boom in energy prices, with Montana and Wyoming extracting much more gas than North Dakota has. The Bakken oil field stretches across Montana as well as North Dakota, with the greatest Bakken oil productioncoming from Elm Coulee Oil Field in Montana. Yet Montana’s unemployment rate, like Alaska’s, is 7.7 percent.

A number of other mineral-rich states were initially not affected by the economic downturn, but they lost revenues with the later decline in oil prices. North Dakota is the only state to be in continuous budget surplus since the banking crisis of 2008. Its balance sheet is so strong that it recently reduced individual income taxes and property taxes by a combined $400 million, and is debating further cuts. It also has the lowest foreclosure rate and lowest credit card default rate in the country, and it has had NO bank failures in at least the last decade.

If its secret isn’t oil, what is so unique about the state? North Dakota has one thing that no other state has: its own state-owned bank.

Access to credit is the enabling factor that has fostered both a boom in oil and record profits from agriculture in North Dakota. The Bank of North Dakota (BND) does not compete with local banks but partners with them, helping with capital and liquidity requirements. It participates in loans, provides guarantees, and acts as a sort of mini-Fed for the state.

Yes, you read that right.  North Dakota is the only state in the union that has a mini-Fed.  It’s one of the reasons that the credit crunch didn’t impact the state the way it didn’t the rest of the country.  North Dakota’s Banker stepped in when other banks didn’t or couldn’t to help the state’s businesses.

Over the last two years officials and advocacy groups in more than 30 states have called the Bank of North Dakota, where he is chief executive officer, to ask: How does the country’s only state-owned bank work? “As the financial crisis deepened and there were liquidity issues around the country,” says Hardmeyer, “our model was looked at a little bit deeper than it ever had been before.”

The Bismarck-based bank was founded in 1919 to lend money to farmers, then the state’s biggest economic contributors, and retains its socially minded ethic by subsidizing loans for those it believes will stimulate growth: startup businesses and beginning farmers and ranchers. The borrowers apply for the loans through one of the state’s 100-plus local banks and credit unions. If they qualify, the community lender issues the loans at the market rate; the borrowers pay a fraction of the interest, with the Bank of North Dakota covering most of the difference. How can the state bank afford the subsidies? Profit isn’t its first priority. “We have a specific mission that we’re trying to achieve,” says Hardmeyer, “that’s not necessarily bottom-line driven.”

Which is not to say the bank, which has assets of $5 billion, isn’t a moneymaker. Much of its income comes from helping local banks extend credit to borrowers. If a bank wants to share the risk of a loan, the Bank of North Dakota will cover part of it. The state bank then collects interest from the commercial bank at the going rate. In 2010 its profit hit $61.85 million, up 44.3 percent from 2006.

That’s nice, but here’s the real reason politicians across the country are contacting Hardmeyer: North Dakota’s legislature has the authority to tap the bank’s profits to fund government programs during tough times. Since 1945 the state has collected $555 million from the bank.

Of course, the bank has many Republicans crying “Socialism” and the usual hubris you get from bank that really don’t like competition and prefer bonuses and bail outs.  The problem is that it’s difficult to argue with results.  That is why 13 states–including California–are seriously studying setting up their own state banks.  What many critics refuse to discuss is that this institution is not meant to supplant the private banking system.  Modified market systems work well with varying degrees of government participation.  Some markets function extremely well with a limited government role.  The financial system is unique.  The finance literature argues that if markets were perfect, banks wouldn’t actually exist.  There would be no reason for them.  Most of the research tries to actually find meaning in the existence of banks because they are essentially a parasite that attaches to a dysfunctional market that’s riddled with poor information and risk.  They can improve both situations or they can exacerbate them.  That is why there is some government role and arguably, some government functions within financial markets.  The challenge is to find which things the market can do well and the circumstances where the markets function and keep the government role active where failures and frictions create the need for a government role.

It’s possible that North Dakota has found the golden mean.