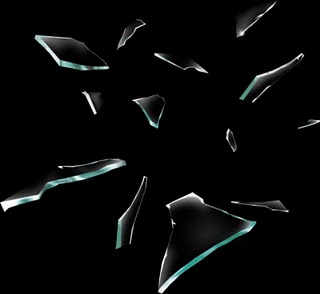 There’s a pretty good amount of twitter chatter and blog posts on these thoughts at interfluidity by steve randy waldman. I understand the draw because I’ve had very similar thoughts and expressed many of them recently. I thought this would be a good discussion post to follow BostonBoomer’s last post too since it’s very much related to the post called “an echo”.

I no longer trust my own government to be the provider of a civilized society. No government is perfect or without corruptions. But in 2007, I thought I lived in a remarkably well-governed nation that had gone off-kilter under a small and mean administration. In 2011, I view my government as the sharp edge of an entrenched kleptocracy, engaged in ever more expansive schemes of surveillance and arrogating powers of ever less restrained brutality. At a visceral level, I dislike President Obama more than I have disliked any politician in my lifetime, not because he is objectively worse than most of the others — he is not — but because he disproved my hypothesis that we are a country with basically good institutions brought low by poor quality leadership. Whenever I hear the President speak and am impressed by the quality of his intellect, by his instinct towards diplomacy and finding common ground and rising above petty struggles, I despair more deeply. Not just because a leader of high quality failed to restore passably clean and beneficient government. It is worse than that. The kleptocracy has harnassed this man’s most admirable qualities and made them a powerful weapon for its own ends. He has rebranded as “moderate”, “adult”, “reasonable”, practices such as unaccountable assassination lists and Orwellian nonhostilities. He has demostrated that the way grown-ups get things done in Washington is by continually paying off thieves in suits. Perhaps it is unfair to blame Barack Obama for all this. Maybe he has done the very best a person could do under our present institutions. But then it is not unfair to detest the institutions, to wish to see them clipped, contained, or starved.

This message is followed by a mea culpa expressing profound regret for supporting the Bush Administration and the Iraq War.  Also, there’s a link to the Salon article“The due-process-free assassination of US citizens is now a reality” from Glenn Greenwald which is something we’ve previously discussed.  What drug me to the post was a response over at The Atlantic by Conor Friedersdorfer who was just quoted on BB’s post.  We’re treated to some of the top ten abysmal hits of the past few years.  The bailout of banks while their bad business models still wreck havoc on our neighbors and in our cities and towns is there.  The normalization of torture and spying on citizens is listed plus a few other things that I’ve come to view as a bigger problem now than the issues surrounding Watergate and Vietnam were then.

We’ve been lied to before.  We’ve had a few of our citizen’s rights stomped about but nothing quite so systematic and unchecked.  It also seems that our institutions and especially our courts were resilient enough to stand their grounds in the past.  There were people who stood on our principles.  I’m not seeing any institutional response to the lying and executive branch power grab from Congress or the Courts or the loudest and most followed parts of the Media.

We’ve had absolutely no recompense or justice for the atrocities against liberty that we’ve experienced since 9/11. None at all.  This is what led Fiedersdorfer to ask if we were suffering from rogue leadership or broken institutions.  What ever the source, we’ve been acting like a rogue and broken nation for nearly a decade and it’s as worrisome as it is depressing.  He argues that we’ve had broken leadership during this century and that our institutions will heal.  I only wish I had his optimism.

Before pinning the blame on American institutions, let’s ponder how radically different the status quo would be if we merely adhered to longstanding laws and norms, rather than permitting our leaders to flout them in the name of protecting us from terrorism or financial collapse.

Had the Bush Administration followed the law, it never would have tortured prisoners or started secretly spying on American citizens without a warrant. If Barack Obama was as committed to fulfilling our treaty obligations as pushing his domestic agenda in an optimized political climate, he’d have investigated and prosecuted the Bush officials complicit in torture. As President Reagan wrote upon sending the Convention Against Torture to the Senate that ratified it, “Ratification of the Convention by the United States will clearly express United States opposition to torture, an abhorrent practice unfortunately still prevalent in the world today. The core provisions of the Convention establish a regime for international cooperation in the criminal prosecution of torturers relying on so-called ‘universal jurisdiction.’ Each State Party is required either to prosecute torturers who are found in its territory or to extradite them to other countries for prosecution.”

In Libya, where Obama violated the War Powers Act, and in various countries where President Obama is waging undeclared drone wars, more scrupulous adherence to the law would force radical changes in American behavior — as would a modicum of congressional leadership, since the body has for years abdicated its responsibility. The Founders envisioned three branches of government acting as checks on one another, the members of each zealously guarding their authority and pushing back against excesses committed by their fellow branches.

If it was just broken leadership, then we would have had some inklings of impeachment or the successful prosecution of law suits to stop some of these excesses by folks hurt by them.  However, the courts and the Congress have been equally enabling and appallingly silent or complicit.

And if I’m right, a realistic solution presents itself. Americans disillusioned by the actions of our presidents can be forgiven for thinking that neither the GOP nor the Democratic nominee is going to be a good choice in 2012. But maybe the answer is focusing on the Congress, and electing men and women who’ll do their utmost to challenge the executive branch, whoever is running it.

If we accept the idea that we’ve got a kleptocracy going then it follows that it’s not just the last two administrations that are enabling the looters–that are also most likely huge donors to their campaigns–through excessive power grabbing. Let me offer up some one else’s example to prove my point.  I was thinking this through while looking for other blog responses and found the specific argument to my point by Ampersand at Alas! A Blog.

The Reagan administration experienced strong pushback on Iran-Contra, including hearings in Consgress, after which Oliver North and John Poindexter were both indicted for various crimes. (The indictments were later overturned on a technicality.) Even if the pushback wasn’t as strong as it should have been, the Reaganites were nonetheless given a significant incentive to avoid blatantly lawless behavior.

In contrast, neither Bush nor Obama have faced any significant legal pushbacks for their lawless behavior.

I have no doubt that had George Bush gotten a second term we would have unraveled more of the Iran-Contra fiasco.  I really don’t even see any calls from either party on the  Anwar al-Awlaki assassination or the lying that got us into the Iraq War or any of the spying, torture or un-proclaimed drone wars on nations like Yeman and Pakistan .  The Republicans love it and the Democrats–I think–are too timid to go after one of their own. The courts didn’t touch the challenge to the al-Awlaki shoot-to-kill without due process order by the ACLU and al-Awlaki’s father either.  I wonder if Samir Khan’s family has any chance of challenging some of this in court since he appeared to be some kind of collateral assassination damage of some kind.  (Not that either of them will be missed by the planet–believe me–but the precedent this sets is just over the top.) Where are the challenges to the search and seizure of property that occurs at airports in this country nearly every minute of every day?

So, I’m throwing this out as a late night question and thread.  Is every elected official a rogue?  Have they so be so captured by the plutocracy that they’ve broke the institutions and we’re unlikely to see a positive outcome?  Will all these occupy protests bring some momentum to changing things or are we just in line for more of it after the 2012 presidential election sinks us with more of the same or worse?  I just don’t know any of these answers.  I admit to feeling awful as a kid during the Watergate period, but at least the system did what it was supposed to do.  I’m not seeing that system work at all right now.

16 Comments on “Late Night Post: a Rogue and/or Broken Nation”