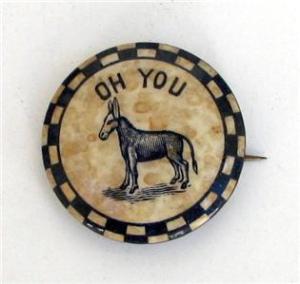 I’m reviewing the jobs market stats right now and the austerity pogrom is having an impact on employment. It’s stifling growth of GDP and job creation.  We don’t need the confidence fairy or more tax cuts.  We need policy that directly creates jobs because we don’t even have anemic growth at this point.  This may put some pressure on the President to think big when he announces his jobs plan next week.  I have a feeling that will be anemic also and tempered by what he thinks he can get past the Republicans.  The clear news is that state, local and the federal governments are clearly joined together in an effort to create another recession.

The lack of growth in nonfarm payrolls placed the job market well below the consensus forecast by economists of a 60,000 increase, which itself was none too optimistic. It was a sharp decline from July, which the Labor Department on Friday revised to show a gain of 85,000 jobs.

August’s stall came after a prolonged increase in economic anxiety this summer that began with the brinksmanship in Washington’s debt-ceiling debate, followed by the country’s loss of its triple-A credit rating, stock market whiplash and renewed concerns about Europe’s sovereign debt.

On Friday, Wall Street stocks promptly lost more than 2 percent of their value at the opening of trading, with the Dow Jones industrial average down about 200 points by midday, and some economists upgraded their odds for a double-dip recession.

The jobs figure, a monthly statistical snapshot by the Department of Labor, appears slightly more negative than it is because it does not include 45,000 Verizon workers who were on strike when the survey was taken but who will reappear in next month’s report. But even factoring in the Verizon jobs, private sector growth was the slowest it has been since May of last year. In addition, the report showed that job growth in June and July was softer than previously thought.

“As long as payrolls are weak, you will continue to hear cries of not just recession risk, but cries that the United States is in a recession and we just don’t know it,” said Ellen Zentner, the senior United States economist for Nomura Securities.

Economists blamed both sluggish demand for goods and services and the heightened uncertainty over the economy’s direction for the slow pace of job creation, saying political deadlock was creating economic paralysis.

The worse trends continue to happen in the fundamentals where duration still remains a huge problem.  The other problem is in ‘underutilized’ workers or people that really want to work full time but are stuck in temp or part time positions and those that are working jobs beneath their skill and experience levels.

The number of workers only able to find part time jobs (or have had their hours cut for economic reasons) increased to 8.826 million in August from 8.396 million in July.

These workers are included in the alternate measure of labor underutilization (U-6) that increased to 16.2% in August from 16.1% in July.

According to the BLS, there are 6.034 million workers who have been unemployed for more than 26 weeks and still want a job. This was down from 6.185 million in July. This is very high, and long term unemployment is one of the defining features of this employment recession.

There are some pretty amazing long term patterns appearing in the recent numbers.  If you haven’t had a chance to read “The Slow Dissappearance of the American Working Man” from Bloomberg Businessweek, you should. Basically, a smaller share of men have jobs today than anytime since World War 2.  A lot of this is due to the disappearance of traditional manufacturing jobs, but also the lack of construction jobs since the housing crash.  Here’s some other interesting demographics.

The portion of men who work and their median wages have been eroding since the early 1970s. For decades the impact of this fact was softened in many families by the increasing number of women who went to work and took up the slack. More recently, the housing bubble helped to mask it by boosting the male-dominated construction trades, which employed millions. When real estate ultimately crashed, so did the prospects for many men. The portion of men holding a job—any job, full- or part-time—fell to 63.5 percent in July—hovering stubbornly near the low point of 63.3 percent it reached in December 2009. These are the lowest numbers in statistics going back to 1948. Among the critical category of prime working-age men between 25 and 54, only 81.2 percent held jobs, a barely noticeable improvement from its low point last year—and still well below the depths of the 1982-83 recession, when employment among prime-age men never dropped below 85 percent. To put those numbers in perspective, consider that in 1969, 95 percent of men in their prime working years had a job.

Men who do have jobs are getting paid less. After accounting for inflation, median wages for men between 30 and 50 dropped 27 percent—to $33,000 a year— from 1969 to 2009, according to an analysis by Michael Greenstone, a Massachusetts Institute of Technology economics professor who was chief economist for Obama’s Council of Economic Advisers. “That takes men and puts them back at their earnings capacity of the 1950s,” Greenstone says. “That has staggering implications.”

What is going on here? For one thing, women, who have made up a majority of college students for three decades and now account for 57 percent, are adapting better to a data-driven economy that values education and collaborative skills more than muscle. That isn’t to say women have yet eclipsed men in the workplace. They continue to earn about 16 percent less than men and struggle against gender discrimination and career interruptions as they disproportionately take time away from the job to raise children. And both men and women have confronted job losses in the weak economy. In July, 68.9 percent of women aged 25-54 had jobs, vs. 72.8 percent in January 2008. (In 1969, however, fewer than half did.) After a long decline in men’s work opportunities, the recession worsened things with a sharp drop in male employment. Unemployed men are now more likely than women to be among the long-term jobless.

This is not good for the economy or society.  Here’s another disturbing result when so many working class men go without a living wage and a job. Men are frequently raised to feel self worth from jobs so that losing that identity can create havoc for the man and the people around him.

While unemployment is an ordeal for anyone, it still appears to be more traumatic for men. Men without jobs are more likely to commit crimes and go to prison. They are less likely to wed, more likely to divorce, and more likely to father a child out of wedlock. Ironically, unemployed men tend to do even less housework than men with jobs and often retreat from family life, says W. Bradford Wilcox, director of the National Marriage Project at the University of Virginia.

Also, since women’s wages are clearly not raising in response, women may be employable but they are certainly not valued in terms of the services they provide.  Until we find a way to provide jobs for all skill levels, we are not going to see an end to our economic problems.  It seems really counter-intuitive to me that the government is so obsessed on its debt right now that they are willing to slow growth and incur increasing safety net expenditures rather than implement the lessons of the past and provide jobs programs for services that would jump start the private sector by providing willing customers.  Rebuilding our infrastructure seems like a no-brainer expenditure right now.  I continue to feel like we’re in opposites world.  Since the President appears willing to adopt traditional Republican economic policies thatjust stall the economy, I wonder where the Republicans will go. My understanding is that five of the Republican presidential candidates want to eliminate the very minimal tax on capital gains now.  I guess the conversation will start next week.  I have a feeling that the only winners in the debate and policy push will once again be the extremely rich who make their incomes from speculation and gambling in financial markets rather than a decent day of work.