← Saturday Morning Reads: A little this and a little that
Downgrade →

Late Night: Is There Life on Mars? 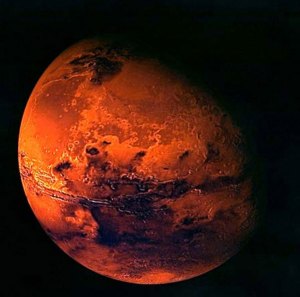 As Dakinikat wrote this morning, NASA scientists have found evidence of liquid water on Mars.

New images of the craters of Mars may be the best evidence yet of flowing, liquid water, an essential ingredient for life on the planet.

The findings, published in Friday’s issue of the journal Science, came from extremely high-resolution images taken by a powerful camera called HiRISE aboard NASA’s Mars Reconnaissance Orbiter, which has been orbiting the planet since 2006.

A sequence of images from MRO shows long, brown streaks in the Martian spring and summer. In the colder seasons, these streaks disappeared, suggesting that they could be the flow of briny water.

“We haven’t found any good way to explain what we’re seeing without water,” lead author Alfred McEwan of the University of Arizona said during a press briefing Thursday.

There are some amazing photos of the surface of Mars at the above Wapo link above–be sure to check them out.

The notion that there could be life on Mars is part of our culture. I’m sure most of us have seen scifi movies or read scifi novels involving Mars at one time or another. I vividly recall watching the 1953 movie War of the Worlds as a kid and being terrified. But I had no idea that human fascination with Mars went back to 3,000 BCE, when Egyptian astronomers first discovered the red planet.

You can read more highlights of the history of our fascination with the planet Mars in this article at The Independent UK, by Steve Conor: Why we can’t get enough of The Red Planet.

The reason, of course, for this obsession with liquid water on Mars is that it raises the prospect of life on a planet that has captivated generations of schoolboys and science fiction writers. Planetary scientists are agreed that extraterrestial life almost certainly requires liquid water to exist, just as it does on Earth.

Life may not automatically follow from the discovery of flowing water on Mars, but it certainly brings the prospect closer. And the discovery of life on another planet, no matter how primitive and microbial, would certainly amount to one of the greatest scientific finds of all time.

A universe where life is so common would presumably be governed by the same rules of Darwinian evolution that produced intelligent, conscious human beings here on Earth. Discovering even the simplest life form on Mars, therefore, would almost certainly mean the existence of advanced, intelligent aliens in other solar systems with civilisations comparable to our own on Earth.

Isn’t it amazing? To celebrate I dug up a few movie clips and some music to put you in the “life on Mars” mood.

First, here’s the trailer from the 1953 movie that scared me as a kid, War of the Worlds (based on the H.G. Wells novel). The star of the movie was Gene Barry. Remember him? And it was produced by George Pal, one of the greatest schlock meisters of all time.

Here’s a scene that shows the Martians.

Cool huh? I couldn’t bring myself to watch the remake. I didn’t want to ruin my memory of the original.

Of course there was the famous 1938 radio broadcast of War of the Worlds by Orson Welles. The one that caused panic in the streets.

…the radio play, narrated by Orson Welles, had been written and performed to sound like a real news broadcast about an invasion from Mars.

Thousands of people, believing they were under attack by Martians, flooded newspaper offices and radio and police stations with calls, asking how to flee their city or how they should protect themselves from “gas raids.” Scores of adults reportedly required medical treatment for shock and hysteria….

Stations then cut to a live reporter on the scene of the invasion in New Jersey. “By the end of the first half of the program, the radio studios themselves were under attack,” Hilmes said.

Here’s a scene from a more recent and very funny movie about Martians, Mars Attacks.

Now for some Mars music.

What’s your favorite book, movie, or song about Mars? 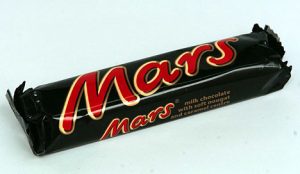 11 Comments on “Late Night: Is There Life on Mars?”