Exactly How Stupid is Michelle Bachmann? 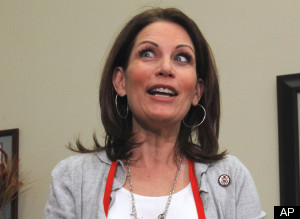 Have you heard the latest imbecilic quote from Minnesota Congresswoman Michelle Bachmann? During a speech in New Hampshire this morning she said the following:

“What I love about New Hampshire and what we have in common is our extreme love for liberty,” Bachmann told the audience. “You’re the state where the shot was heard around the world in Lexington and Concord.

“And you put a marker in the ground and paid with the blood of your ancestors the very first price that had to be paid to make this the most magnificent nation that has ever arisen in the annals of man in 5,000 years of recorded history.”

The remark demonstrated a surprising lack of basic facts about the historic events from which Tea Party derives its name. It is likely to go down as one of the bigger missteps of the early primary season.

Bachmann is touring the country and testing the idea of running for president. With her strong conservative views and sharp one-liners, she has gained a big following around the country. A number of people from Massachsuetts drove up to Nashua for the later fundraising event.

“We see you on Fox all the time! Keep up the good work!’’ called out Valerie Lallas, a retrired [sic] teacher from Lynnfield, as Bachmann signed autographs after her speech.

Her fans aren’t exactly the sharpest tools in the shed either. 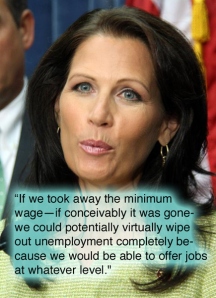 What are your favorite stupid politician quotes? Dig them up and post them in the comments. Or treat this as an open thread.

37 Comments on “Exactly How Stupid is Michelle Bachmann?”