← The Audacity of Anger
Saturday Reads → 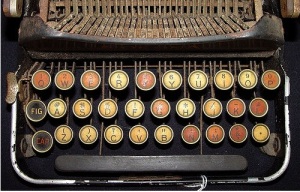 In the continuing battle for ratings at the cost of journalistic integrity, ABC joins the latest news gang trend of adding meme-spewing hacks to its line up for election coverage.  This is from Media Matters.

Media Matters has confirmed that noted propagandist Andrew Breitbart will provide analysis for ABC News during their election night coverage.

After Breitbart’s BigJournalism.com website reported that Breitbart would “be bringing analysis live from Arizona” for ABC, Media Matters confirmed his participation in a town hall meeting anchored by ABC’s David Muir and Facebook’s Randi Zuckerberg that will be featured in the network’s coverage.

Asked about Breitbart’s history of unethical behavior and misinformation, ABC News’ David Ford told Media Matters: “He will be one of many voices on our air, including Bill Adair of Politifact. If Andrew Breitbart says something that is incorrect, we have other voices to call him on it.”

Media figures and outlets from across the board rejected Breitbart’s race-baiting lies after he smeared former USDA official Shirley Sherrod as a “racist,” using as “proof” a heavily edited video of comments she made during a March NAACP event that he posted on his site BigGovernment.com.

If all it takes to get a prime time news gig these days is a crazy mad following on the web, may we suggest dramatic-look prairie dog every time an incumbant loses?