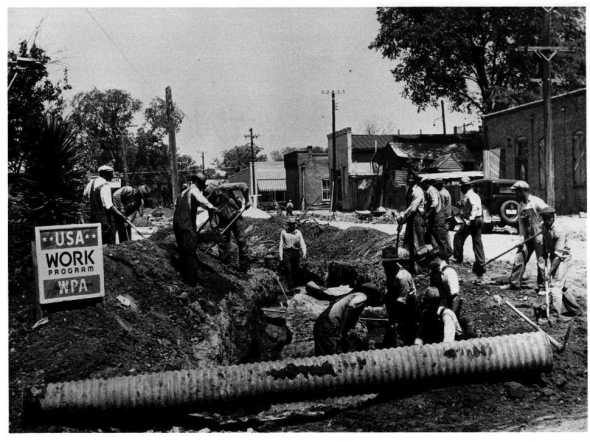 I’m going to be a bit more wonky than usual because I’m going to be making the case that we may need a bigger stimulus package that either the Democratic party or Republican party may be prepared to pass.  Right now, it appears the only thing that will get by the Senate right is a package of extended unemployment benefits.  I’m going to have to use two concepts that are extremely important to fiscal policy that make all undergraduate students tremble.  The first is the concept of a fiscal policy multiplier.  The second has to do with sorting through labor markets to get at more than just the unemployment rate to find possible ‘automatic stabilizers’.   Both are tedious exercises in basic economics.  Both have never been so significant as now due to some structural changes in the U.S. economy since the 1980s.

Our economy has deteriorated over the past few weeks to the point that we can no long afford complacence and ideological discussion.  Retail sales appear to be down in a way that we have not seen in decades.  Because consumers usually try to ‘income smooth’, most folks don’t change their basic budget levels.  They will stay at fairly consistent levels of consumption when compared to their income.  This is known as the marginal propensity to consume which is a very basic concept in macroeconomics.  When households establish a budget, they first take into account their tax rate, or the percentage of income that goes out the door in taxes, then with their remaining income, they portion some to savings, some to domestic consumption and some to consumption of imports.  The portion they assign to domestic consumption is the level that impacts the ‘multiplier’.  That is how many times that dollar you spend on goods and services produced here in country goes around to other people.  The higher that percentage is, the higher the multiplier effect and the greater the overall changes in the demand for stuff–including that spent by Government.  There are two big trends impacting this. The first has been our absolute love of imports.  Because we spent so much on imports (read every one goes to Walmart who buys a lot of stuff from China), the less we stimulate our economy and the more we stimulate others.  The other trend was that we were supplementing our domestic consumption by borrowing against our houses and future income.  While the first trend is continuing, the recent economic data suggests the second has stopped.  We are now allocating more money to being thrifty.  We’re paying down debt and trying to hold cash balances.  While this is a good thing for a household and believe me I’m doing it too, this is what is called the ‘paradox of thrift’ in that it makes the marginal propensity to consume smaller.  These two things coupled together are making the multiplier smaller which means that to boost our economy with fiscal stimulus (increased government spending), the spending has to be much bigger than it had to be in the past.  This means the stimulus package must be much bigger than any one is really talking about right now.

Since private consumer demand is really plummeting due to tight credit conditions, falling wealth (house prices and things like your 401k balance), and rising unemployment,  it is time for the Federal Government to step up.  This is especially true since private investment is obviously not stepping up.  (Sorry, WSJ, but it’s true, businesses will not spend money unless they are sure they’re going to make money.) Businesses are hunkering down for a very long winter.  No one wants to be the next one to go bankrupt.

What other things have changed that make me worry about the efficacy of the recently suggested size of stimulus packages?   That would be the changing in unemployment benefits, the movement away from full time workers to using part time workers, and the states that adopted balanced budget amendments back in the Reaganomics 80s.  All of these things have created the need for stronger Federal intervention because they’ve decreased the ability of the economy to heal itself.

It used to be people that work held down full time jobs with full time benefits.  The unemployment rate and unemployment benefits were structured for this traditional portrait of a job.  While there are more people participating in the economy than before, many of these folks are not in these traditionally framed jobs.  Therefore, when the economy falls apart, they are especially vulnerable to job loss.  America has far fewer automatic stabilizers than other rich countries that would provide a safety net to these types of people.  Because of the changing nature of what it means to work, unemployment insurance does not offer up the support that it used to.  In nearly two-thirds of the states, part-time workers are ineligible for unemployment benefits so extending unemployment benefits will not help those who don’t fit the traditional picture of ’employee’.  The unemployment rate doesn’t capture the underemployed (like folks wanting full time work that can only find part time, or folks working jobs beneathe their job skills) and it doesn’t capture the discouraged worker (folks who have given up looking for work even though they’d like to work).  This means the unemployment rate underreports problems in the labor markets. Also, since most of these states now must balance their budgets (something I tried to stop in Nebraska but failed miserably at), the states must make up for vanishing revenues that typically happen during recessions as well as pay for increasing benefits.  Normally, states could borrow money at this time, but due to balanced budget amendments, they must increase taxes.  Any one who has taken econ 101 or 102 knows that increasing taxes during a recession just makes it worse.  But what’s a state to do if it must balance its budget and it has no rainy day fund?

Right now, states collectively face about a $70 billion budget gap.  Most of these states have stopped funding infrastructure projects and have cut health care benefits or laid off workers.  All of this just makes a recession worse.  The only entity that can counter any of this now is the Federal government.    They can do things like increase their share of jointly financed spending for things like Medicaid or for any infrastructure projects, like highways or municipal buildings.  Transition politics is stopping this from happening ensuring that many states will be in dire positions before any help might come their way. 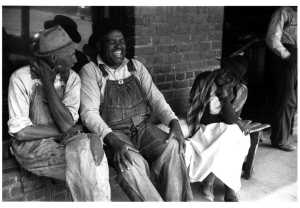 Democrats and Republicans are not seeking compromise.  Democrats are focusing on the automobile industry which is merely a symptom of a much bigger problem.  Republicans, after years of spending on pet projects, have rediscovered fiscal conservatism–at the exact WRONG point in time.  Aid to states is absolutely necessary at this point since their voters have straight-jacketed their ability to borrow and any that can try to put some bonds out there will run abruptly into the credit crisis.

If we don’t act to correct our sudden rediscovery of thrift, our meager unemployment insurance plan, and our states’ inability to fund projects in times of need, we will be in real trouble.  We keep getting promises of rapid fiscal stimulus to prop up the economy but frankly, we moved faster into the war in Iraq on less evidence than we’re moving on ending a potentially long and deep recession.  All you have to do is go from one economists blog to another to realize that the dissension on this issue is not coming from those who know what’s going on in the economy.  This is just simple and basic economics.  The Democrats are in charge of congress, if they were a bit more engaged with the leaders of their past, instead of the politics of now, they would act and act hugely.

3 Comments on “A Mighty Stimulus”