I’m having a tough time getting started today on things.  BB and I’ve been talking about the weirdish dreams I’ve been having the last few years with a fairly constant theme although changing setting.  Now, I read just about every dystopian science fiction novel as a kid that I could get my hands on.  And, that habit has pretty much continued up to the onset of my social security years. But, why is it just recently that I keep thinking my home is located somewhere in a mall of some kind from which I never go outside?  It’s filled with even stranger people.

Part of it might be due to the invasion of the hipster gentrifiers in my neighborhood coupled with a decaying abandoned Navy Base that was key to get sailors to both World War 1 and 2 theatres.  It’s now filled with a ton of the region’s opioid-addicted who live off rag-picking trash cans and scrapping metal wherever they can get it.  It’s also next to a detail shop turned hipster hangout bar where tourists come for something that doesn’t resemble a New Orleans experience at all. So, it’s a one-stop drug, and booze yourself into oblivion gateway.  It seems to be a popular place to film porn these days too. Folks come all the way from Atlanta to do that.

Then there are those addicts that commit crimes like petty theft or burglary or busting into homes that appear to be abandoned to set up camp.  All of that is really dystopian, believe me.  Plus, the weather keeps getting looking more climate-impaired all the time.  Plus, I let a friend escape a violent marriage who has been here for over 6 years and came with a drug problem, PTSD, and severe brain damage.   She now calls me a “vaccine bully” as I struggle to reason with her about why she needs to get the Fauci Ouchi while telling me that it might change my DNA so fully I could become a zombie. No, she’s not a Trumper, but it frequently sounds like she could be.

I still think there’s something about the Trumpist regime and its cult that really tripped these dreams into me, although I have no dear leader in any of them.  Just simply, people living in airports or shopping malls, or other semi-functional artifices of the 20th century.  I’ve had doozies of them the last two nights.

So, when I read this headline in Salon, I thought, well, maybe it’s not just my anxiety running away with my sleep.  From Salon: “Dr. John Gartner on America after Trump: “Dystopian science fiction … is actually happening”. Former Johns Hopkins professor on the aftermath of Trump’s coup — and whether he was a Russian stooge after all.”

If Trump had successfully ordered the United States military to keep him in power by usurping the will of the American people, the result could well have been a second American Civil War. The nation was saved from such an outcome, at least for the moment, through good fortune and the choices of a few real patriots such as Gen. Milley and his allies.

Unfortunately, Trumpism was not routed or finally defeated, and the Trump coup is ongoing. Trump remains in firm control of the Republican Party. At least 30 percent of the American people have been seduced by the Big Lie that the 2020 election was “stolen” from Trump and that Joe Biden is an illegitimate president.

The Jim Crow Republicans are escalating their war on multiracial democracy by proposing laws in numerous states designed to stop Black and brown people and others who support the Democratic Party from voting. The end goal of this anti-democratic campaign is to turn the United States into a plutocratic theocratic fascist state where dissent is not allowed and the Trump-Republican Party rules uncontested.

In a recent interview on MSNBC, historian Timothy Snyder, author of the bestselling book “On Tyranny,” described this state of peril: “A failed coup is practice for a successful coup. … We’re now working within the framework of a Big Lie … so long as we’re in that framework of a Big Lie, we can expect one of the parties to try to rig the system.”

Like other fascist and fake populist movements, Trumpism draws its power and a type of life force from the slavish loyalty of Trump’s followers. Normal politics is fundamentally ill-equipped to grapple with fascism and its commands to ignore reality in deference to the Great Leader, the elevation of that leader into a type of God and extension of the self, and its collective celebration of narcissism and other anti-social behavior including violence and hatred. Ultimately, Trumpism is a cult movement: If Trump and other leaders are the brain and the arms, Trump’s followers serve as a hammer meant to smash multiracial democracy. 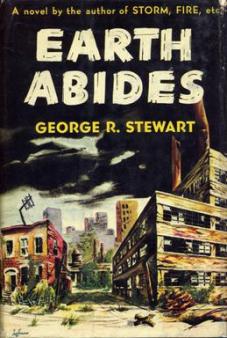 From The Daily Beast and Molly Jung-Fast: “As a twice-impeached, one-term historical freak show of a president, his only hope is to turn his movement into a cult, worshipping himself. It’s the Trump Steaks of religion.”

Seriously, literally, this is a cult.

Donald Trump, who regrets not ordering the White House flag to be flown at half-staff to mourn Ashli Babbitt, the rioter and Qanon believer killed while storming the U.S. Capitol, is determined to create a narrative that his idiot insurrectionists are in fact part of an army of holy MAGA warriors.

“I would venture to say it was the largest crowd I had ever spoken before… It was a loving crowd too, by the way. Many, many people have told me that was a loving crowd. It was too bad, it was too bad that they did that” Trump said in one of his post-presidency interviews from Mar-a-Lago. He didn’t mention the violence, but insisted that, “In all fairness, the Capitol Police were ushering people in… They were hugging and kissing. You don’t see that. There’s plenty of tape of that.”

You don’t see that tape because that didn’t happen, but that’s the point of this cult: Never mind your lying eyes, have faith in your Dear Orange Leader.

“Personally, what I wanted is what they wanted,” he concluded, meaning to overturn the results of the election because he’d said there was fraud and never mind all of the judges appointed by Republicans and Republican state and election officials who said there was no evidence of any of that. Heretics. The GOP is dead, and there’s only the MAGA movement now, as the party’s “leaders” sojourn to his sacred golf clubs to confess their sins.

One in five Americans believes the US government is using the COVID-19 vaccine to microchip the population
https://t.co/AkNfMXQDT5 pic.twitter.com/89RLpB45aW

I know a lot of this has its roots in the absolute abandonment of reason to the politicization of white American evangelicism to the point you hardly recognize the “christ” in their “Christianity.” Grifters of a feather flock together. This is also from Salon: “How evangelicals abandoned Christianity — and became “conservatives” instead. As an evangelical pastor for many years, I saw faith in Jesus Christ gradually replaced by right-wing ideology. I watched this happen when Pat Robertson brought his presidential campaign to small Iowa towns.  Since then, the Republican party has never been the same, although it’s been on the road to reinstating Jim Crow since Nixon’s Southern Strategy.  It was logical they’d follow along.  This is written by Nathaniel Manderson, who is no stranger to that Journey.

Over the last 70 years, Christian theology has been steadily replaced, within the evangelical world, by Republican or “conservative” ideology. I noticed this in my time at an evangelical seminary and during my years in ministry, whenever political discussion would go beyond abortion and gay rights. When the conversation turned towards gun rights, immigration, taxing the wealthy, education or health care, the tenets of Christian theology disappeared behind Republican talking points.

The evangelical political message was that the Bible should be used in politics to attack certain people, but never to question oneself. That’s how you get people to donate: Make the enemy clearly visible and easily definable. That’s why the Bible is almost never used in politics as a justification for serving the poor, welcoming the foreigner, healing the sick or promoting equality. That agenda is not likely to motivate donations from wealthy white heterosexual men.  Therefore, over time the evangelical message became that “American” and “Republican” were more important labels than “Christian” — or that they were effectively the same thing.

They may have loved Dubya–who they recognized as part of the flock–, but they worship Trump as the one that will do anything for ultimate power, attention, and money.  He has fully embraced the right-wing culture wars, so the sheeple just found their shepherd no matter his behavior or demeanor or outward displays of mean exclusivity.

Plus, the DOJ under Merrick Garland continues to disappoint.

Memo to Merrick Garland: If you refuse to prosecute people for lying to Congress, even after an Inspector General report refers them to you for prosecution, ALL bad people will lie to Congress forevermore. You must DO BETTER. ⁦@TheJusticeDept⁩ https://t.co/o0NbZBzOWG

This is getting ridiculous.

So, anyway, I’m watching a few other stories, but it really seems like there’s a lot of inaction on some pretty important things right now. But then, it’s summer, and everyone is out spreading Covid-19 again. Stay safe! The variants are stewing and brewing and out there!