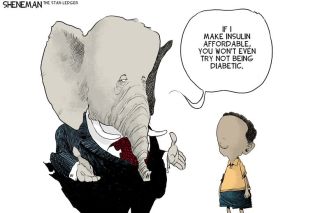 There are two themes to the news stream this morning. The first is that the Inflation Reduction Act is about to become law. The CBO has scored its expected budget and economic income impacts. It’s amazing how many idiots are lecturing me on how inflationary this Act will be, as if I don’t know what I’m talking about. Anyway, here’s the inflation analysis if any of your crazy right-wing parrots start screaming “inflation” at you.

This is actually a letter the CBO sent to Lady Lindsey, who is pearl-clutching over inflation because that’s the only thing the Republicans have to discuss.

That range of likely outcomes reflects uncertainty about how various provisions of the bill would affect overall demand and output, the supply of labor, the persistence of disruptions in the supply of goods and services, and how the Federal Reserve would respond to offset any increase in inflationary pressure. Responsiveness to the enhancement of health insurance subsidies established by the Affordable Care Act is the most important factor boosting inflationary pressure, and responsiveness to the new alternative minimum tax on corporations is the most important factor reducing inflationary pressure. The range applies to multiple measures of inflation: the GDP price index, the personal consumption expenditures price index, and the consumer price index for all urban consumers. 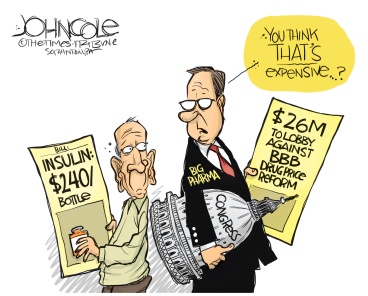 In other good news, Consumer’s inflation expectations are decreasing. This is important because it is a factor in how customers make decisions about spending. This is from CNBC and not written by the talking head at Fox Business that trolled my analysis. But, that link from the CBO with huge econometrics models agrees with me. My assumption is that Kenny Polcari can’t do modern finance and doesn’t have anything huge around him but his crony capitalism booty. He s undoubtedly enjoying his ability to avoid taxes with the treatment Sinema just granted him. I’m tempted to quote Swift on the confederacy of dunces. This is from Jeffy Cox at CNBC: “Consumers’ expectations of future inflation decreased significantly in win for the Federal Reserve.”

The consumer outlook for inflation decreased significantly in July amid a sharp drop in gas prices and a growing belief that the rapid surges in food and housing also would ebb in the future.

The New York Federal Reserve’s monthly Survey of Consumer Expectations showed that respondents expect inflation to run at a 6.2% pace over the next year and a 3.2% rate for the next three years.

While those numbers are still very high by historical standards, they mark a big drop-off from the respective 6.8% and 3.6% results from the June survey 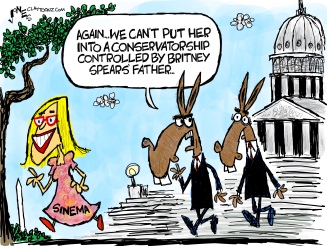 I guess that high inflation in the Nixon years is part of history.  (sigh)  But let me just quote from Business Insider on huge Kyrsten Sinema’s suck-up to hedge fund managers and the like. “Kyrsten Sinema ensured a $14 billion tax break for private equity, hedge fund, and real estate executives remains intact. It’s a win for many of her campaign donors.”  The analysis is written by Sam Tabahriti.

The Arizona senator’s support was won late Thursday after fellow Democrats dropped a proposal to close the so-called “carried interest” loophole, which is commonly used by private equity, hedge fund, and property investment executives to pay a lower rate of tax on their compensation.

As such, it was a win for many Sinema campaign donors.

According to Open Secrets, the global private equity firms KKR, Carlyle, and Apollo Global Management are among the leading 20 sources of donations to Sinema’s campaign committee between 2017 and 2022.

As Open Secrets notes, it isn’t the organizations in the list that donated money directly, but rather, their “political action committees, their individual members or employees or owners, and those individuals’ immediate families.” Further, subsidiaries and affiliates are included in the organizations’ total donations figure.

Other organizations listed by Open Secrets among the leading 20 sources of donations include Andreessen Horowitz, the Silicon Valley venture capital firm that has invested in companies including Facebook, Twitter, and Airbnb; and Rudin Management, a private commercial and residential landlord and developer in New York City.

All in all, Sinema has received $2.2 million from investment firms between 2017 and 2022, according to Open Secrets.

Well, that explains that.  Then, the other icky result was that Republicans could not bring themselves to support a price control on Insulin which is cheap to make, but its price inelasticity is off the wall.  That’s fancy economist talk, for if you need it, you’ll give up everything else.  Insulin is basically treated like legal heroin from a huge drug cartel. Republicans used a dodgy procedure to kill that part of the Act.

This is from WAPO: “Republicans block cap on insulin costs for millions of patients. GOP senators move to strip a $35 price cap on insulin under private insurance from the Inflation Reduction Act.”

Republican lawmakers on Sunday successfully stripped a $35 price cap on the cost of insulin for many patients from the ambitious legislative package Democrats are moving through Congress this weekend, invoking arcane Senate rules to jettison the measure.

The insulin cap is a long-running ambition of Democrats, who want it to apply to patients on Medicare and private insurance. Republicans left the portion that applies to Medicare patients untouched but stripped the insulin cap for other patients. Bipartisan talks on a broader insulin pricing bill faltered earlier this year.

The Senate parliamentarian earlier in the weekend ruled that part of the Democrats’ cap, included in the Inflation Reduction Act, did not comply with the rules that allow them to advance a bill under the process known as reconciliation — a tactic that helps them avert a GOP filibuster. That gave the Republicans an opening to jettison it

So, now to more Trumpsters and their crime sprees.  I will dump these links here with very few comments and quotes.  The headlines say it all, but the stories are worth reading.

Via The New Yorker:  “Inside the War Between Trump and His Generals.”  Remember that big parade for Bastille Day in Paris that enthralled the Russian Potted Plant?

Sure enough, Trump returned to Washington determined to have his generals throw him the biggest, grandest military parade ever for the Fourth of July. The generals, to his bewilderment, reacted with disgust. “I’d rather swallow acid,” his Defense Secretary, James Mattis, said. Struggling to dissuade Trump, officials pointed out that the parade would cost millions of dollars and tear up the streets of the capital.

But the gulf between Trump and the generals was not really about money or practicalities, just as their endless policy battles were not only about clashing views on whether to withdraw from Afghanistan or how to combat the nuclear threat posed by North Korea and Iran. The divide was also a matter of values, of how they viewed the United States itself. That was never clearer than when Trump told his new chief of staff, John Kelly—like Mattis, a retired Marine Corps general—about his vision for Independence Day. “Look, I don’t want any wounded guys in the parade,” Trump said. “This doesn’t look good for me.” He explained with distaste that at the Bastille Day parade there had been several formations of injured veterans, including wheelchair-bound soldiers who had lost limbs in battle.

Kelly could not believe what he was hearing. “Those are the heroes,” he told Trump. “In our society, there’s only one group of people who are more heroic than they are—and they are buried over in Arlington.” Kelly did not mention that his own son Robert, a lieutenant killed in action in Afghanistan, was among the dead interred there.

“I don’t want them,” Trump repeated. “It doesn’t look good for me.”

From Mike Allen at Axios, which just got sold to Cox: Exclusive photos: Trump’s telltale toilet

Haberman’s sources report the document dumps happened multiple times at the White House, and on at least two foreign trips.

The handwriting is visibly Trump’s, written in the Sharpie ink he favored.

Here’s a discussion of the interview and findings at Raw Story by TBogg: Paul Manafort admits sharing info with the Russians during the 2016 Trump campaign.

For years, questions have been raised about Russian involvement in the campaign that saw the New York businessman beat former Secretary of State Hillary Clinton, and Manafort is now stating that he handed polling data over to the Russians — in particular to “Konstantin Kilimnik, a longtime business associate with suspected ties to Russian intelligence.”

According to the report, “Kilimnik then passed the data on to Russian spies, according to the US Treasury Department, which has characterized the data as ‘sensitive information on polling and campaign strategy.'”

In the interview, Manafort excused his actions stating he wasn’t looking for help getting Trump elected and did it purely to make money, with Business Insider reporting, “Manafort told Insider that he directed his deputy, Rick Gates, to feed Kilimnik polling data via email to ‘keep Konstantin informed.’ The goal was to use his access to Trump to drum up business for himself.

From Tim Miller / Morning Shots writing for The Bulwark: I’m Sorry, But He’s Running. Trump’s CPAC speech was his 2024 blueprint.”

With that little bit of throat-clearing out of the way, I have some bad news to report. If you, like me, had been compartmentalizing a Trump 2024 run for mental-health purposes, I’m sorry to break it to you, but he looks like a man who is definitely running for president in 2024. His CPAC speech this weekend was a rude awakening as to both his intentions and the strength he would bring to that campaign.

That little bit of anti-democratic vamping came right on the heels of what would be his core campaign message to the GOP base in a 2024 campaign.

The border was the best and safest in U.S. recorded history. They’ve turned it into a nightmare so quickly, the election was rigged and stolen. And now our country is being systematically destroyed.

If you are reading this, then you are likely a person of reason who is not persuaded by the lies and childish hyperbole.

But let’s imagine this message in the context of a 2024 Republican primary. Trump is claiming that when he was president, everything was great. Then the election was stolen. And now everything is being destroyed by the people his voters hate.

What exactly is his hypothetical challenger’s response to this? It seems to me that Trump has everyone checkmated.

Say it ain’t so Tim!

Anyway, the Republicans aren’t going straight any time soon.  We can only rely on the DOJ in a few states and nationally to send them straight to jail.

33 Comments on “Monday Reads: Of Laws and Law Breakers”